Kentucky Attorney General Daniel Cameron spoke to press on Wednesday, releasing the findings of two independent investigations into Breonna Taylor's death, one of which was conducted by the FBI. 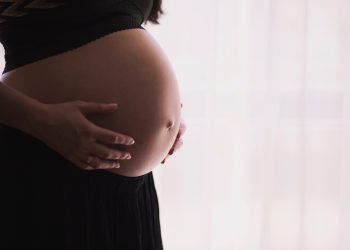 Kentucky Attorney General Daniel Cameron spoke to press on Wednesday, releasing the findings of two independent investigations into Breonna Taylor's death, one of which was conducted by the FBI. Both of those investigations concluded that the officers who arrived at Taylor's home in the early hours of March 13 did in fact make their presence known.

A witness at the scene stated that the officers banged on the door and announced themselves before breaching the entrance. It was once they were inside, Cameron said, that Taylor's boyfriend, Kenneth Walker, fired on officers, and that fire was returned.

Sgt. Jonathan Mattingly was hit by Walker during the shootout, and fired back, as did Detective Myles Cosgrove. Taylor was lamentably caught in the crossfire and shot six times. One of those bullets, fired from the gun of Myles Cosgrove, was fatal.

Breonna Taylor has become an icon for the Black Lives Matter movement, and has been held up as an example of racial injustice at the hands of the police.

According to the NY Post, Detective Brett Hankison has been indicted by a grand jury with the charge of wanton endangerment for allegedly firing random bullets into other apartments. The two other officers at the scene Sgt. Mattingly and Detective Cosgrove will not be charged.

“Evidence shows that officers both knocked and announced their presence at the apartment. The officers’ statement about their announcement are corroborated by an independent witness who was in proximity to Apartment 4.”

“In other words, the warrant was not served as a no-knock warrant.”

It’s important to make clear that, although it had been reported that police had a “no-knock” warrant, they ended up not executing it as such on the scene.