Antifa and BLM protestors could be seen unloading shields, riot gear and signs from the back of a U-Haul. Many were dressed all in black bloc as they clamored around to get the gear. 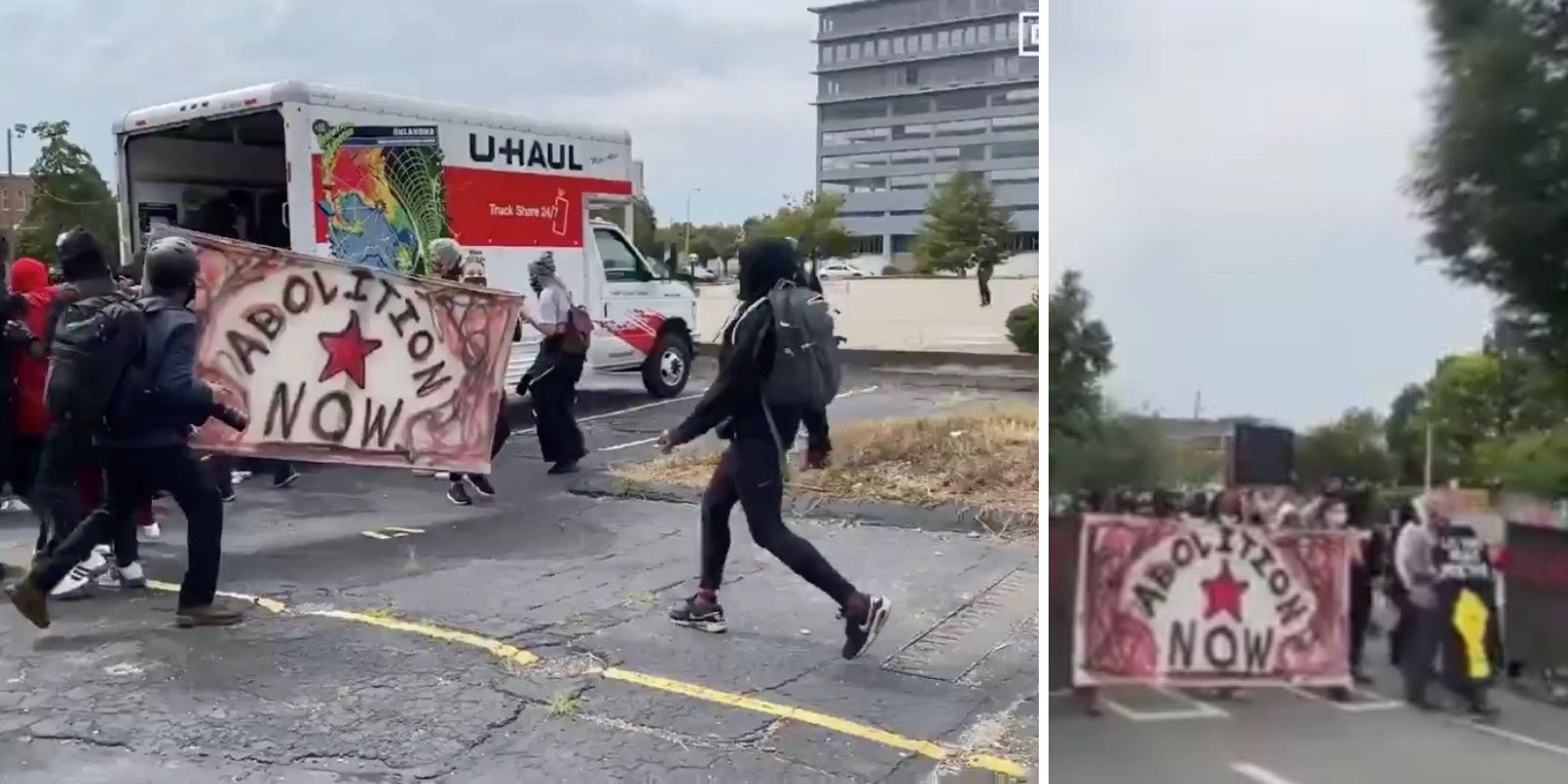 In the moments following the announcement today in Louisville that only one of the officers involved in the shooting death of Breonna Taylor in March would face criminal charges, rioters and demonstrators began to take up their positions.

Antifa and BLM protestors could be seen unloading shields, riot gear and signs from the back of a U-Haul. Many were dressed all in black bloc as they clamored around to get the gear.

"Shields, we got shields!" A voice yelled as people ran to the truck.

Protestors with shields blocked Louisville police cars in the streets, standing in front of the cars and refusing to move.

Democrat lawmakers have claimed both that Antifa doesn't exist and that there are no highly organized efforts to facilitate street violence in America. In this clip, captured by Daily Caller's Shelby Talcott, the high level of organization of this supposedly non-existent group is clearly visible.

The shields taken from the U-Haul were then used on the front lines of a protest march. This confirms that the street actions taking place in America are not as the media has portrayed, spontaneous acts of protest but in fact, well-funded and organized actions.

Riots were expected in Louisville today, as the National Guard was called in, police were put in readiness for a state of emergency, and Mayor Greg Fischer implemented a curfew. None of that put a stop to the beginning of the street protests in the city.

As demonstrations surged in Louisville, a man defending his business was surrounded as agitators screamed and tried to smash his windows.

Demonstrators were already gathering in advance of an announcement this morning as to the Jefferson County verdict in the criminal charges stemming from the police shooting of Breonna Taylor on March 13.

One officer was indicted on charges of wanton endangerment in the first degree for "blindly" discharging his weapon. Two other officers who fired their weapons after being fired upon themselves will not face criminal charges.

In August, Louisville settled with the family of Breonna Taylor for $12 million, as well as an agreement to institute police reforms. However, one of the stipulations to that was that "no-knock warrants," which were believed to have been used to gain access to Taylor's home, would not be used.

The AG revealed today that warrant the officers served was not served in a "no-knock" fashion.