"We watch antisemitism grow, not just on our campuses, but we watched it grow In the halls of Congress. I promised you last year that as speaker she will no longer be on Foreign Affairs, and I’m keeping that promise." 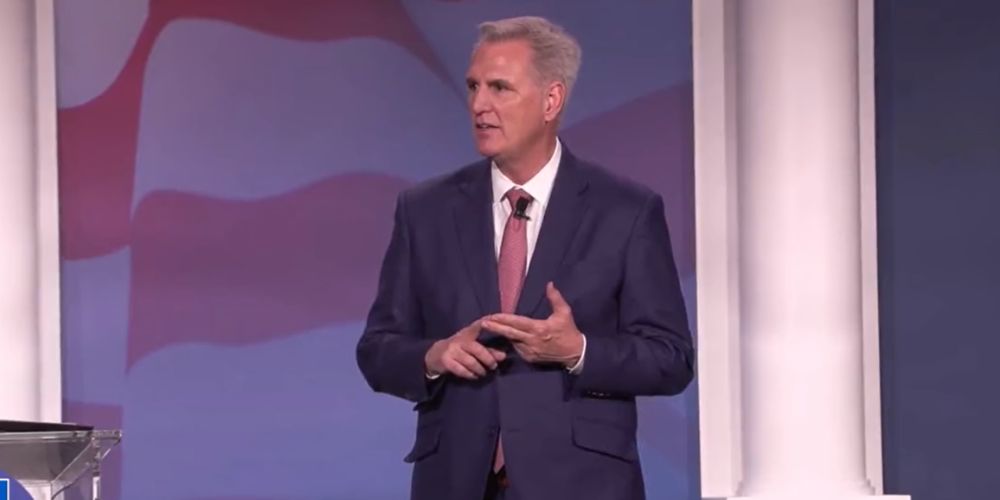 When the Republicans take the majority in the House next year, McCarthy will likely become the next speaker, pending a vote for the position on Jan. 3.

Speaking at the Republican Jewish Coalition’s 2022 leadership meeting in Las Vegas McCarthy pledged to the audience "We watch antisemitism grow, not just on our campuses, but we watched it grow In the halls of Congress. I promised you last year that as speaker she will no longer be on Foreign Affairs, and I’m keeping that promise."

The room erupted in cheers in response.

In February 2021, 1,500 rabbis called on Congress to rescind the appointment of Rep. Ilhan Omar, (D-MN), to the position of vice chair of the House foreign affairs subcommittee based on her past anti-Semitic statements and behavior.

Omar has an extensive history of using anti-Semitic statements and tropes as well as promoting conspiracy theories about Jews. In a now-deleted tweet Omar wrote "Israel has hypnotized the world, may Allah awaken the people and help them see the evil doings of Israel. #Gaza#Palestine#Israel"

In another now-deleted tweet, Omar said Jews were buying political support tweeting, "It's all about the Benjamins baby."

According to The Daily Wire, in an interview, Omar suggested: "Israel should not be allowed to exist as a Jewish state, Israel is not a democracy, and compared Israel to Iran — which is the world’s leading state sponsor of terrorism."

McCarthy condemned remarks made by Greene last year including when she said, "Vaccinated employees get a vaccination logo just like the Nazis forced Jewish people to wear a gold star," which many viewed as minimizing the Holocaust.

Democrats removed Greene from her committee assignments over the comments.

According to Fox News, McCarthy promised Greene he would reinstate her committee assignments when he's the speaker and Greene has stated that she plans to vote for him.