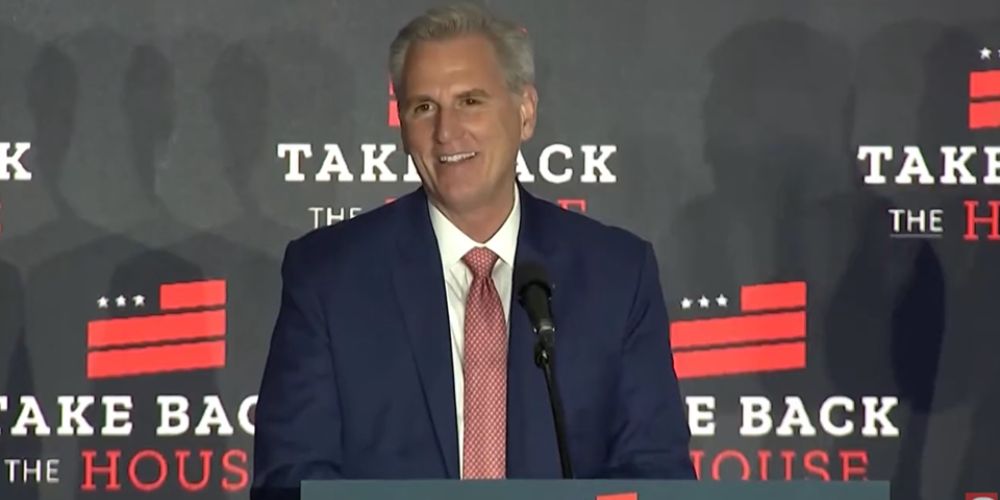 The Post Millennial
Nov 9, 2022 minute read
ADVERTISEMENT
ADVERTISEMENT
House Minority Leader Kevin McCarthy (R-CA) predicted that the Republicans will take control of the US House of Representatives during a late night speech on Tuesday.

After thanking candidates, campaign staff and volunteers, McCarthy said, “Two years ago when I became leader, Republicans had less than 200 seats in the house. That cycle, we picked up 14 seats when every single person said that would be impossible.”

“If you believe in freedom, hard work and the American dream, these results proved that there is a place for you in the Republican party.”

“Now tonight. We built upon those gains two years ago, and it is clear that we are going to take the House back.”

On Tuesday night McCarthy also easily defeated his Democratic challenger Marisa Wood, securing a ninth term in Congress with 63.3 percent of the vote when the race was called.

McCarthy is expected to become Speaker of the House if Republicans win a majority of the chamber’s seats.

McCarthy concluded, "Republicans will work with anyone who's willing to join us to deliver this new direction that Americans have. But there are no time to waste. Our work begins now. Let's get America back on track."