"I was a Lakers fan too before he said that. I was really pissed off when he said that because I liked LeBron, and then I’m like, you know what, f*ck you, LeBron." 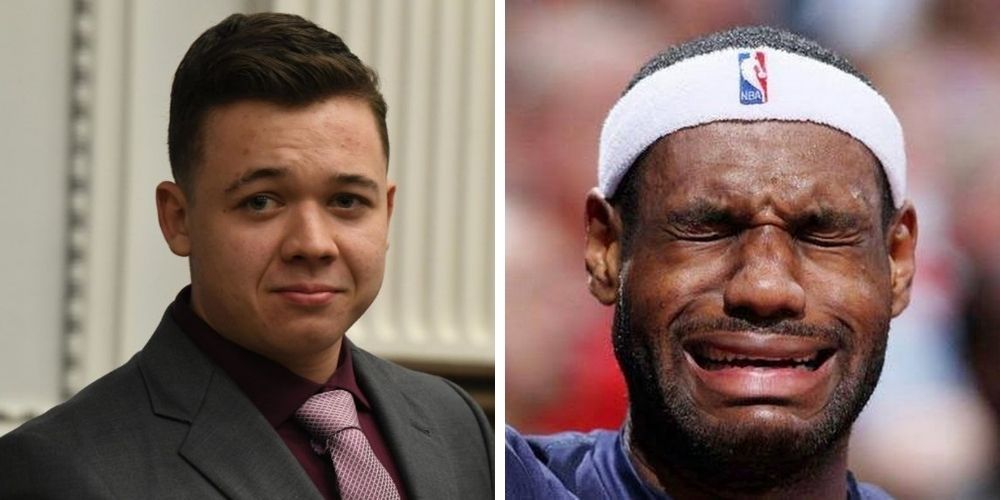 Kyle Rittenhouse tore into four-time NBA champion LeBron James on Monday night's episode of BlazeTv's You Are Here after James slammed Rittenhouse for breaking down on the witness stand during his trial.

Rittenhouse told hosts Elijah Schaffer and Sydney Watson "I was a Lakers fan too before he said that. I was really pissed off when he said that because I liked LeBron, and then I’m like, you know what, f*ck you, LeBron."

Many on social media called out the basketball star for his comments since the player is notorious for taking falls, exaggerating injuries and failing to take a stance on China's human right's atrocities.

Last month, James had two Pacers fans ejected from their court side seats after allegedly taunting him causing LeSnitch and LeKaren to trend on social media.

Rittenhouse also took aim at Assistant District Attorney Thomas Binger, who prosecuted the case in Kenosha, Wisc. During the trial Binger had tried to insinuate that Rittenhouse's predilection for first-person shooter video games had something to do with his state of mind as he defended himself against violent, bad actors during riots on August 25, 2020.

Rittenhouse was clear, from the witness stand, that video games are video games and real life is real life. He told Schaffer and Watson that he continued to play during the trail.