"The issue has become so politicized. There are entire groups of employees that are willing to be fired and laid off rather than get vaccinated..." 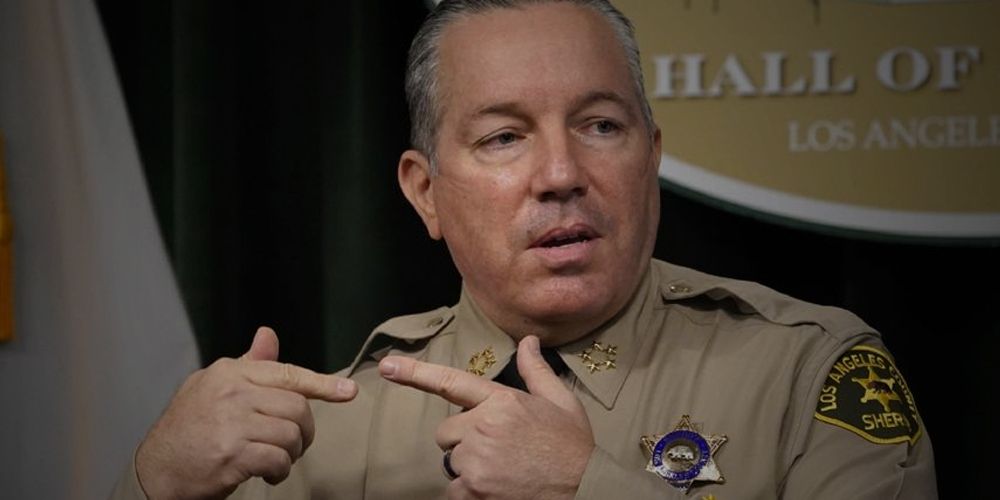 Back on Thursday, Sheriff Alex Villanueva took to Facebook Live to formally announce his intentions to not enforce the Los Angeles County vaccine mandate for his agency.  According to the Associated Press, the executive order posted back in August gave LA County employees until Oct. 1st to get the COVID-19 jab. Despite religious and medical exemptions, Villanueva said some reluctant troopers are willing to be fired or laid off instead of vaccinated.

"I don't want to be in a position to lose 5, 10% of my workforce overnight on a vaccine mandate," Sheriff Alex Villanueva is quoted saying. This is weighed against what he describes as a "barebones funding effort" for his department.

"I'm not forcing anyone," Villanueva said during the Facebook Live Q&A on Thursday. "The issue has become so politicized, there are entire groups of employees who are willing to be fired and laid off rather than get vaccinated..."

It's not the first time Villanueva has publicly opposed enforcing COVID-19 restrictions in his jurisdiction. Back in the summer when health officials decided to bring back indoor mask mandates, Villanueva said he wouldn't act on the rule.

In a separate measure this week, the Los Angeles City Council approved an ordinance that requires people to show proof of vaccination if they want to enter indoor public places. Residents will need to show their papers if they want to go to places like the mall, restaurants, bars, or gyms.

In terms of the crime that Los Angeles has to deal with: MS-13 gang members got in the way of plans by city officials to clean up the MacArthur Park homeless camp.