Gascon indicated that a two-year sentence may not be enough. This as he faces a recall election and was heavily slammed for his office's handling of this case. 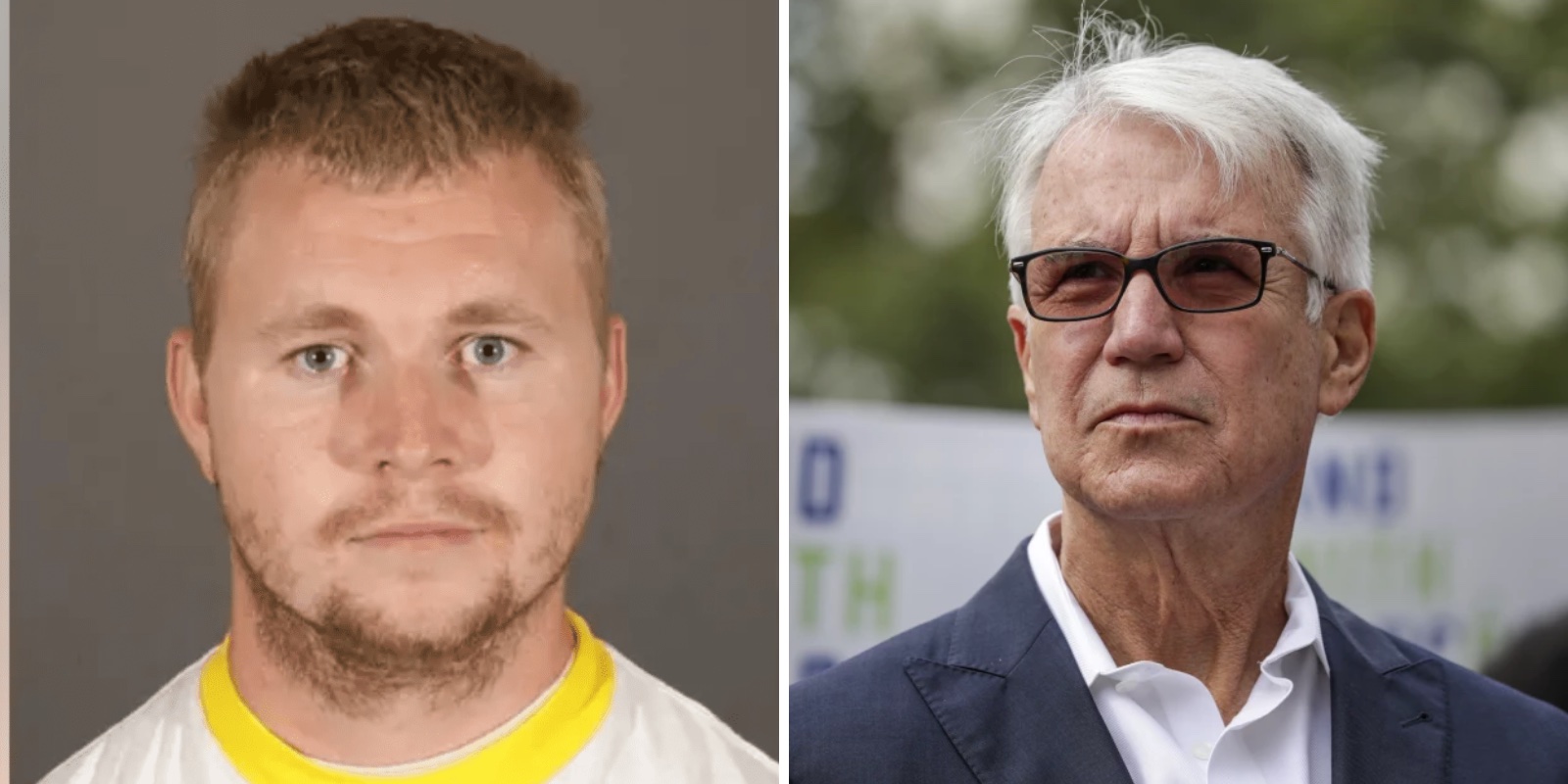 Progressive Los Angeles District Attorney George Gascon issued a statement regarding the sentence of convicted child molester Hannah Tubbs, a biological male who at 26 was convicted of sexually assaulting a child when Tubbs was 17. Gascon indicated that a two-year sentence may not be enough. This as he faces a recall election and was heavily slammed for his office's handling of this case.

Tubbs was sentenced to serve two years time in a girls juvenile detention facility. Tubbs will not be required to register as a sex offender because the crime was committed when Tubbs was not yet an adult.

"You won't have to register?" Tubbs' father asked in the call, according to Fox News. Tubbs confirmed that was the case, then laughed.

Tubbs was convicted of a 2014 assault, wherein Tubbs entered the girls restroom at a Palmdale, Calif. Denny's restaurant. Tubbs admitted to the crime in 2021 and was convicted. Tubbs pled guilty in court.

Gascon issued a statement on Sunday that spoke about "policy changes" being made in LA. "I want to reaffirm my commitment to the core values I expressed when I took office. We do not believe that children should be tried as adults. We should treat kids like kids and give them every opportunity to grow and change," Gascon said, noting that the policy changes are about "exceptions."

"While we maintain our commitment to these principles and will continue working to improve our system," he wrote, "there are some cases and situations that require a different response. We have made some adjustments to our policies to account for these exceptions."

As regards the Tubbs case, he said "we learned a lot from the Hannah Tubbs case about the need for a policy safety valve. Rather than the usual case where a child is arrested close in time to their crime, police arrested Ms. Tubbs at 26 for a crime she committed as a juvenile. Ms. Tubbs had several charges in other counties after the juvenile offense but never received any services which both her past behavior and that subsequent to her arrest demonstrates she clearly needs. After her sentencing in our case, I became aware of extremely troubling statements she made about her case, the resolution of it and the young girl that she harmed."

Gascon stated that the juvenile justice system "in its current iteration does not provide adequate support to help someone at 26 with this level of challenges except through the adult system. While for most people several years of jail time is adequate, it may not be for Ms. Tubbs. If we knew about her disregard for the harm she caused we would have handled this case differently. The complex issues and facts of her particular case were unusual, and I should have treated them that way. This change in policy will allow us the space to do that moving forward.

"We have now implemented policies to create a different pathway for outlier cases, while simultaneously creating protections to prevent these exceptions from becoming the rule. Any time a prosecutor wants to deviate from our core principles, they must put a request in writing. That request will then go to a committee, staffed by my most trusted advisors, who must evaluate the case and approve any requests to pursue an exception. This process ensures that only in the rarest of cases, where our system has failed, will we diverge from our principles."

It is unclear if this will have any bearing on Tubbs' case or incarceration.

In court in December, Tubbs' victim said in a statement "I feel that I’m to blame somehow, when I know deep down that isn’t the case. I chose not to come into court because I couldn’t stand the thought of having to see my attackers' face again."

However, prosecutors neglected to file a motion to have Tubbs, 26 at the time of the arrest, tried as an adult. Super Court Judge Mario Barrera said he had no choice but to treat the 26-year-old biological male as a minor, and because Tubbs began the process of transition from male to female after being taken into custody, Tubbs is being treated as a female.

The prosecutors were not happy with the ruling on where Tubbs would serve time. "You have a violent sexual predator sentenced to two years in a juvenile facility,” said Deputy District Attorney Shea Sanna said after the hearing in January. "It doesn’t change the fact that the public is safer, but we just preferred Tubbs to be with other adults and not prey on others."

"I want to be clear," Superior Court Judge Mario Barrera said at a hearing for Tubbs in January. "The filing of a transfer motion is entirely within the discretion of the district attorney." Tubbs, the Los Angeles Times reports, "is too old to be legally held in a county juvenile detention facility."

However, Gascon said that his office is concerned that Tubbs would be subject to abuse if Tubbs was housed in an adult facility due to Tubbs' status as transgender. Gascon and his team instead have asked for two years house arrest for the convicted child molester.

Now, that district attorney is raising concerns about Tubbs' sentence. In a statement, Gascon said that he became aware of the 2-year sentence in a girls' juvenile facility for the 26-year-old biological male after "extremely troubling statement she made about her case, the resolution of it, and the young girl that she harmed." Gascon used Tubbs' preferred pronouns in discussing the case, though at the time of the assault Tubbs lived and identified as a biological male.

According to the Los Angeles Times, "Tubbs was two weeks shy of her 18th birthday when she walked into the women’s restroom of a Denny’s restaurant in 2014, grabbed a 10-year-old girl by the throat and locked her in a stall, court records show. Tubbs then shoved her hand down the girl’s pants and sexually assaulted her, prosecutors say, stopping only after someone else entered the restroom."

In a statement, Gascon said that "While for most people several years of jail time is adequate, it may not be for Ms. Tubbs. If we knew about her disregard for the harm she caused we would have handled this case differently. The complex issues and facts of her particular case were unusual, and I should have treated them that way. This change in policy will allow us the space to do that moving forward."