Caracena had been employed at the Clark County School District since 2018. 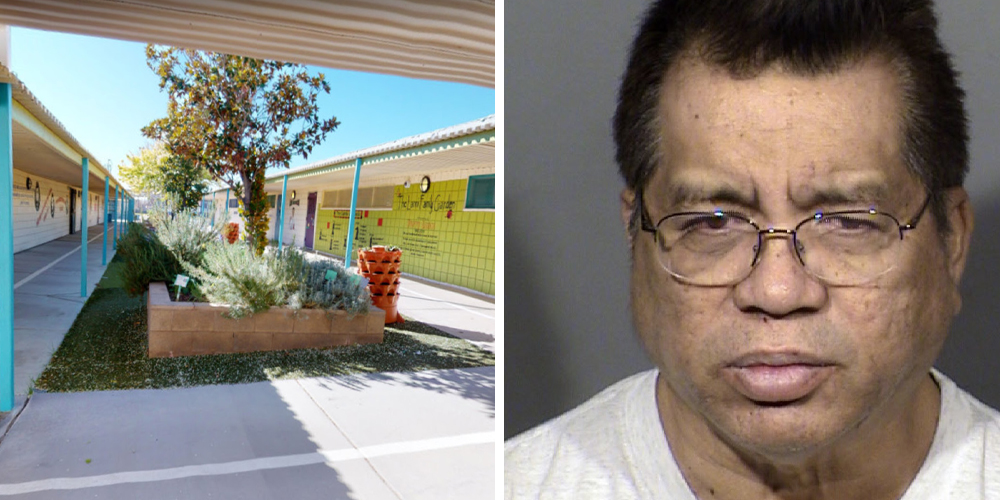 Carcacena put in his resignation around the same time school officials were made aware about the alleged incident and told police, who eventually arrested him on two counts of "lewdness with a child."

More details have been published since the arrest was first announced.

According to local outlet KTNV in Las Vegas, the encounter happened at Walter Bracken STEAM Academy, an elementary school, during the school day. A teacher's aide was routinely present in Caracena's classroom, but wasn't there on the day of the incident. The teacher had a female student sit on his lap when he began to touch her body inappropriately, police say, and asked if she liked it.

The student told another teacher at the school about what happened, and then the teacher told the principal, who sent Caracena home and called the cops.

A commenter online had this to say about the situation. "The Walter Bracken incident breaks my heart, my sister goes to that school and I used to. Mr. Fred/ Alfredo Caracena is lucky he didn't get involved with my sister, not because of me but because of my dad and my uncles. My dad holds a couple of pistols and a shotgun. Very sad."

The preliminary hearing for Caracena's case is set for June 6.

Elsewhere this month: a 30-year-old California high school teacher was arrested for "lewd acts" with a student, and a Seattle elementary school teacher faces molestation charges for allegedly assaulting a six- or seven-year-old child.