As Ontario prepared to declare a state of emergency due to the ongoing truckers’ convoy protests in Ottawa and beyond, high ranking leaders in the province and the nation were elsewhere, seemingly enjoying the winter weather. 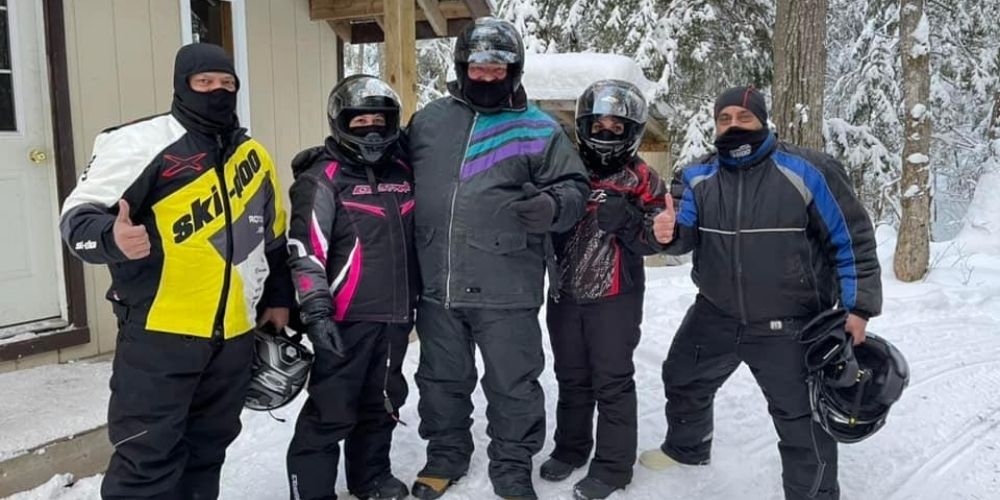 As Ontario prepared to declare a "state of emergency" due to the ongoing truckers’ convoy protests in Ottawa and beyond, high ranking leaders in the province and the nation were elsewhere, seemingly enjoying the winter weather.

According to CBC Senior Parliamentary Reporter Travis Dhanraj, Prime Minister Justin Trudeau’s office confirmed that the nation’s leader spent the weekend, which had been filled with protests in the capital city, cross country skiing in Gatineau Park in Quebec.

"Yes he got a chance to get some exercise (with his phone in his pocket) during a busy week, after working in isolation and following COVID protocols," the prime minister’s office said.

According to CTV, Ford was spotted snowmobiling in the Muskoka area.

In two photographs, Ford was seen outfitted in snowmobiling gear, posing for a photo with another group of snowmobilers outside a warm-up station.

One of these group embers conformed to CTV that these photos were taken during in interaction on February 5.

"We were approached by, we didn't know who they were, they were just gentlemen that were dressed in snowmobile outfits, and they asked us if we were alone and if we were interested in meeting the premier," he said.

According to CTV, a spokesperson for the premier later said that Ford was advised by his OPP detail "to leave the city on Saturday given the repeated protests outside his home and in light of the planned demonstration in Toronto."

On Friday, Ford announced the state of emergency in the province, and added that public health advisers are "working on a plan" to eliminate the vaccine passports.

"Today, I'm using my authority as premier of Ontario to declare a state of emergency in our province. I will convene cabinet to use legal authorities to urgently enact orders that will make crystal-clear [that] it is illegal and punishable to block and impede the movement of goods, people, and services on critical infrastructure," said Ford, which will include international border crossings, 400-series highways, airports, ports, bridges, and railways.

"Today we're on track to very soon remove almost all restrictions for businesses as part of our reopening plan," the premier said, citing the words of CMOH Dr. Kieran Moore, who said he was "working on a plan that will allow us to remove the vaccine passport system."

With truckers taking over the Ambassador Bridge in Windsor, Ford said that the demonstration was "no longer a peaceful protest," also calling protests in Ottawa a "siege."