White liberals and leftists who find themselves derogating the demographic they have hash tagged to death are the racists who via critical theory, have given themselves permission to express it. 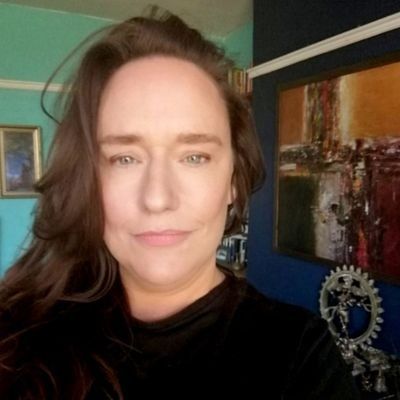 Last week, as I briefly tuned into the TV legacy media here in the UK to catch the preamble to the US 2020 election and was lucky enough to witness a deliciously zeitgeisty photo bomb that gave me a bigger belly laugh than Trump's joyous granddad dancing.

With the Washington memorial framed behind him, a "white male" (the most hated of humans) ITV reporter in a dapper suit waxed lyrical on the momentous occasion ahead in which the evil racist Donald Trump must surely be vanquished. Suddenly a black man wearing a red "Make America Great Again" t-shirt and a mischievous grin entered the frame behind him.

It wonderfully illustrated the elephant in the room: Woke has a white supremacy problem.

I awoke the next day to find all of my white liberal and leftist acquaintances unable to process the fact that Trump had garnered more of a minority vote, amongst black, Hispanic, Asian and LGBTQ (though I suspect the T's will soon need to form a separate alliance with the Q's and let the LGB's have their own club) voters than any GOP presidential candidate for sixty years. They especially couldn't understand how the Hispanics hadn't voted for Biden in Florida.

They proceeded to resolve this cognitive dissonance with a lot of self soothing, such as "Trump told them Biden was a socialist," and besides, "Most people cannot differentiate between socialism and communism," they were an "uninformed electorate." Florida, I was told, is full of, "Little old ladies" worried about reds under the beds, not realizing "Trump is a DICK-tator in waiting."

Truly, only those with performance arts degrees would seriously believe a wanna-be dictator would wait until his aging, low testosterone years and take a pay cut to create a banana republic—viagra or no viagra! These are also the people who insist on the representation of "indigenous peoples" in the US, Australia and the wider world whilst conveniently claiming the British Isles and Europe have no indigenous people to speak of.

The narrative is familiar here. Minorities, people of colour, anyone in fact, who does not agree with bourgeois liberals and leftists, are DUMB. Black people can be racist against black and white wokes because the crime is against ideas not people. All is possible in the anals (sic) of "anti-racism" where, "The individual racist need not exist to note that institutional racism is pervasive in the dominant culture." This isn't a race or a sex issue, it's genuinely a class issue. How ironic!

White liberals and leftists who find themselves derogating the demographic they have hash tagged to death, leftists who deny this diverse group of people agency, intelligence and wisdom; they are the racists, who via critical theory, have given themselves permission to express it.

The next four years will be a strange time. Many people think Twitter is trivial. It isn't. It is a vulgar yet highly profound document of human nature. Akin to the mapping of the human genome, it is a map of the light and dark of human nature.  I'm reminded that archaeologists, when encountering a new dig site, are always eager to find the trash pile, as this tells them more about the culture under scrutiny, as they dig down with their bare hands into its detritus, than anything else.

Future archeologists won't have to get their hands dirty... as long as Jack Dorsey doesn't delete Twitter. It's the 21st century sh*t pile to be sure. A new library Alexandria that could be erased by the dictates of one man. We've heard stories of scapegoating before - the Salem witch trials, the Spanish Inquisition, global slavery (still thriving) Weimar Germany, Anti Semitism, the French reign of terror, the current plight of the Uyghurs which Facebook, seem only too happy to ignore as long as they can still garner advertising revenue their cheap tat Wish app. No doubt they will get a few more orders now because I linked it. Just be careful about the password you use. ;)

Never before has human nature, in propensity if not direct behavior, been documented so thoroughly. It deserves protected status so those who stayed sane are heard by history. We just need to hang on for the ride until we can vote again.