The massive anti-Biden banner appeared during the SEC matchup between the Georgia Bulldogs and the Missouri Tigers. 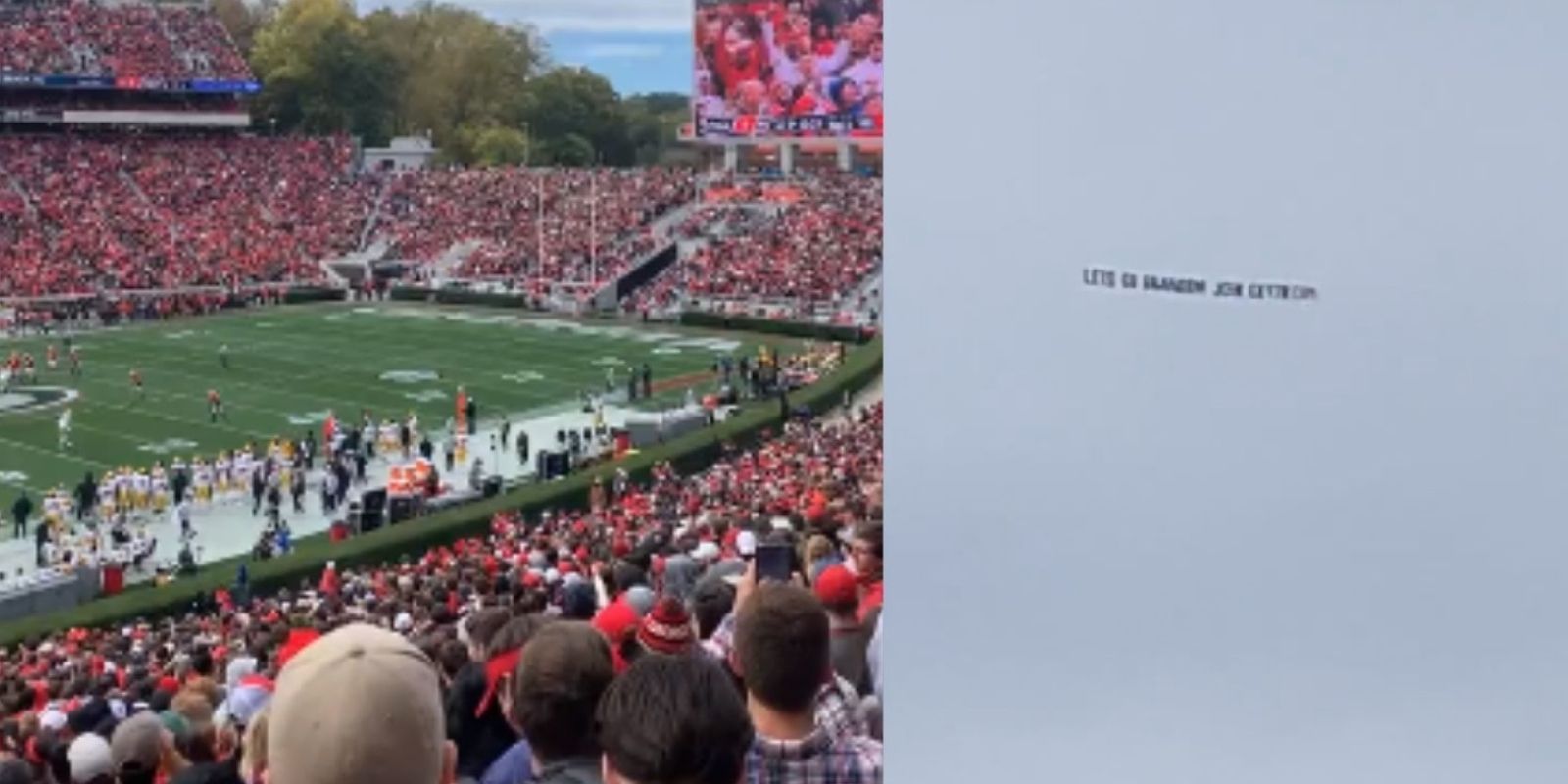 During another SEC college football game on Saturday, a huge banner reading "Let's Go Brandon" was flown above the packed stadium.

In a video tweeted by Old Row, the massive anti-Biden banner appeared during the SEC matchup between the Georgia Bulldogs and the Missouri Tigers.

Daily Caller sports and entertainment editor David Hookstead pointed out how the mainstream media still seems to be avoiding coverage on the chants critical of President Joe Biden, or making them out to be something they're not.

"The media might want to ignore the massive movement taking over the sports world, but I won't. You can't sit through a college football Saturday without hearing a 'F**k Joe Biden' or 'Let's Go Brandon' chant," Hookstead wrote.

"How many 'F*ck Joe Biden' chants are we going to hear today during college football games?" Hookstead asked on Twitter. "Remember, the media wants you to believe fans are just chanting 'Let's go Brandon,' but as I talked about with @DonaldJTrumpJr, the chants are here to stay."

The college football season is in its tenth week out of a total of thirteen. This still leaves plenty of time for more potential chants and banners to break out.

"Will the movement end soon? I highly doubt it. It's week ten of the college football season and the chants, signs and banners only seem to be becoming more common," Hookstead added in the Daily Caller article.

College football is not the only arena in America that the anti-Biden chants can be heard. For example, at the Seattle Kraken game, hockey fans joined in.