The very fact that McCallum, a former Liberal minister himself has viewed this entire situation through a partisan lens, should make every Canadian concerned about the hands steering the ship in this battle with China. 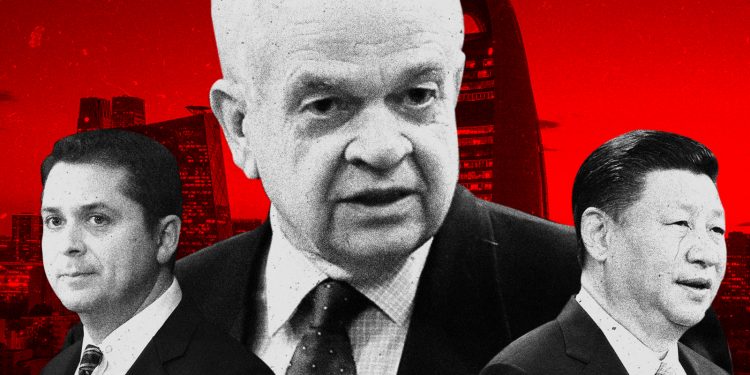 With his stint as ambassador and even now after he got sacked for speaking out of hand on the extradition of Meng Wanzhou, McCallum has only served to further breed confusion and discord in the already tense relationship with China.

His latest comments suggesting that the Chinese should curb the negative comments about Canada in hope that the Conservatives don’t get elected in October are the latest nonsense to come out of his diplomatic meddling.

“Anything that is more negative against Canada will help the  Conservatives, [who] are much less friendly to China than the Liberals,” said McCallum in an interview in Beijing.

In his seminal work, Middle Power, Middle Kingdom: What Canada Needs to Know about China in the 21st Century, former ambassador to China David Mulroney has offered his diagnosis on Canada’s emerging relationship with the rising global power.

One of the key points made by Mulroney is that Canadian diplomats are vastly under-prepared to deal with the Chinese. A lack of central authority and communication between Ottawa and delegates on the ground has directly led to a breakdown in foreign relations.

Nowhere is this more evident than in McCallum’s continuous embarrassing performance.

When the government is saying one thing and your own top diplomats are saying something else, the effect is disastrous. This sort of incompetence undermines the credibility and seriousness that comes with high-level diplomacy.

Mulroney himself took issue with McCallum’s latest gaffe calling it “appalling in so many ways”.

Furthermore, should we really be surprised that Chinese ambassadors are not returning Foreign Minister Chrystia Freeland’s phone calls and that Xi Jinping will barely address Prime Minister Justin Trudeau? Was it not under their watch and directive that the channels of communication were all but severed?

The fact is that McCallum’s comments are not only wrongheaded, but dangerous and provide the Chinese ammunition to use for their own interests if and when we ever sit down with them at the negotiation table.

In a talk at the Centre for International Policy Studies Mulroney said that Canada requires an “ambitious and existential” foreign policy to deal with the new changing world order.

Increasingly it seems that the Liberal administration was caught entirely off guard with this situation and perhaps had no coherent foreign policy or position with regards to China in the first place, whereas the Chinese most definitely had a “Canada policy” ready for such occasions.

Throughout this affair, China has been extremely calculated and very careful in its engagement with us. Each message the Chinese have sent to the Canadians has been carefully vetted for an intended effect, whereas Canadian engagement has been haphazard and bungled from the very beginning, or a policy of “fits and starts” as Mulroney calls it.

Now, without a foreign policy, without an administration capable of handling the situation, what are Canadians to do except look for a new government to take over?

Canada no longer has the option to not engage with China. The old placid and neutral relationship is over and China will continue knocking at our door either directly or indirectly to get what it wants from us.

From what little that we know about Conservative leader Andrew Scheer’s foreign policy, it is at least one which approaches with new rules of engagement.

Among the things Scheer has called for is Canada’s exit from the Asian Infrastructure Investment Bank and taking the Chinese in front of the World Trade Organization.

Most recently, Scheer has called on the Prime Minister to level further retaliatory sanctions against the country and to impose tariffs on Chinese imports.

Of course, with everything we’ve seen from the Conservatives, McCallum is correct in suggesting that a new government would not play nice with China like the Liberals are, but to suggest that we should frame the situation based on what’s ideal and best for our opponents is utterly reprehensible and irresponsible.

Furthermore, the Chinese are most likely aware of this fact and they don’t need a former ambassador to stick his nose where it doesn’t belong. The inherent danger in this is even further amplified with the fact that the election is right around the corner.

In one sense, McCallum’s comments could be seen as an open invitation for the Chinese to meddle in the electoral politics of our country. If the Chinese, with their no-holds-barred approach are intent on being afforded the opportunity to deal with somebody favourable to their interests, they might not stop short in interfering in our October election.

The very fact that McCallum, a former Liberal minister himself has viewed this entire situation through a partisan lens, should make every Canadian concerned about the hands steering the ship in this battle with China.

Can the Liberals not for once set aside partisanship for the interest of the entire nation and most importantly for the well-being and safety of two Canadian citizens who are so dearly missed at home?