It all looked so sweet and innocent. Canada’s small business minister, Mary Ng, tweeted out what could have passed for… 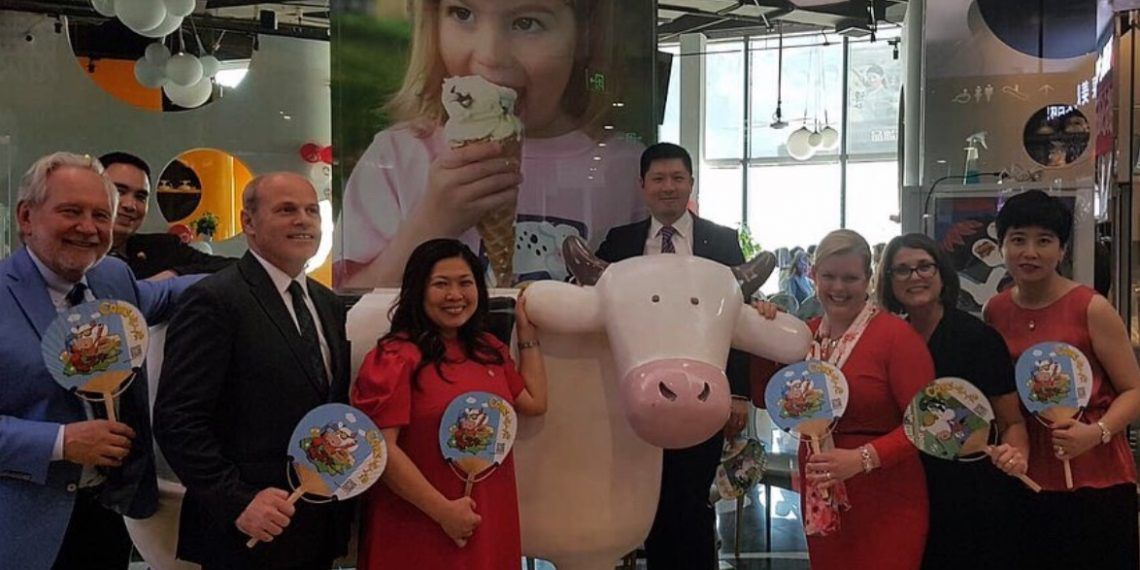 It all looked so sweet and innocent.

Canada’s small business minister, Mary Ng, tweeted out what could have passed for vacation photos of her eating Cow’s Ice Cream, a Prince Edward Island export, in Beijing.

She was surrounded by a group of young kids.

She was flanked by her friend, that famously independent-and-definitely-not-Liberal Senator Peter Harder.

She may have bought a T-shirt.

There were smiles and sprinkles, sunshine and lollipops in a cup.

Twitter instantly went into meltdown. This time, with good reason.

What might have passed for light-hearted and well-meaning promotion for a Canadian company selling its frozen wares in China at any other time came off like a ball of ice cream falling from a cone onto a hot summer sidewalk.

This is not any other time in Canada-China relations. It is a time like no other.

Team Trudeau has managed in recent months to take the relationship to unprecedented lows. And Canadians are paying dearly for it.

Since police in Vancouver arrested Huawei’s CFO Meng Wanzhou in December on suspicion she violated U.S. sanctions by doing business with Iran via a Huawei subsidiary, Canada-China relations have gone off the rails.

Two of our citizens, Michael Kovrig and Michal Spavor, were scooped up by Chinese security forces days after Meng’s arrest. They’ve since languished in a Chinese prison without charge and without access to lawyers or family.

The Chinese have blocked Canadian shipments of canola, pork and beef costing producers hundreds of millions.

Neither country currently has a resident ambassador.

Justin Trudeau couldn’t even get his own meeting with Chinese President Xi Jinping at last week’s G20.

He had to rely on US President Donald Trump to raise the cases of Kovrig and Spavor.

In a widely circulated video, you could cut the tension between Trudeau and Xi with a knife.

This is no time for ice cream and sprinkles.

This is the time to get real and to stand up for Canada.

You could argue that the good Minister’s trip should have been cancelled given everything that’s going on.

Instead of ice cream, how about posts expressing genuine care and concern for our jailed Canadians?

How about something to show you’re standing up for the plight of farm families whose products are shut out of the world’s 2nd largest economy?

How about something expressing revulsion over China’s deplorable human rights record?

How about a visit to Hong Kong to show solidarity with residents there who are pushing back against Beijing’s encroachments on their liberties?

How about cancelling on China and visiting Taiwan instead? That would really be a statement.

Minister Ng did none of those things.

She chose to go for ice cream.

Small wonder the Chinese foreign ministry’s top spokesperson this week called Canada “naïve.” He has the pictures to prove it.