A Conservative bid to investigate the Mark Norman affair has been stopped in its tracks in the senate. 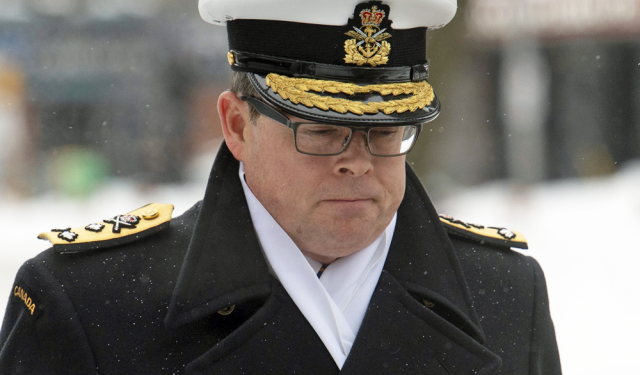 A Conservative bid to investigate the Mark Norman affair has been stopped in its tracks in the senate.

Conservative Senator Jean-Guy Dagenais called upon the senate to extend the sitting period further into the summer so that a report could be produced on the failed prosecution.

However, despite his efforts the request was turned down by Liberal Senator and Representative of the Government, Peter Harder.

Dagenais claims that the recent move is the latest instance of the Liberals trying to cover their tracks.

“They blocked an inquiry on the Norman affair in the House of  Commons and now they are blocking us in the Senate. We are far from the promise of an open and transparent government made to Canadians by Prime Minister Trudeau,” said Dagenais.

Back in May, the senate defence committee agreed to investigate the prosecution of the beleaguered Vice Admiral Mark Norman who was being prosecuted for an alleged breach of trust regarding a $668-million ship building deal. However, now that time has run out, the investigation has been brought to an early end.

The original push for an investigation by the Conservatives had the support of independent and non-aligned senators.