Liberals and Conservatives are fundamentally the same

The difference between Justin Trudeau and Andrew Scheer is in style, not in substance. 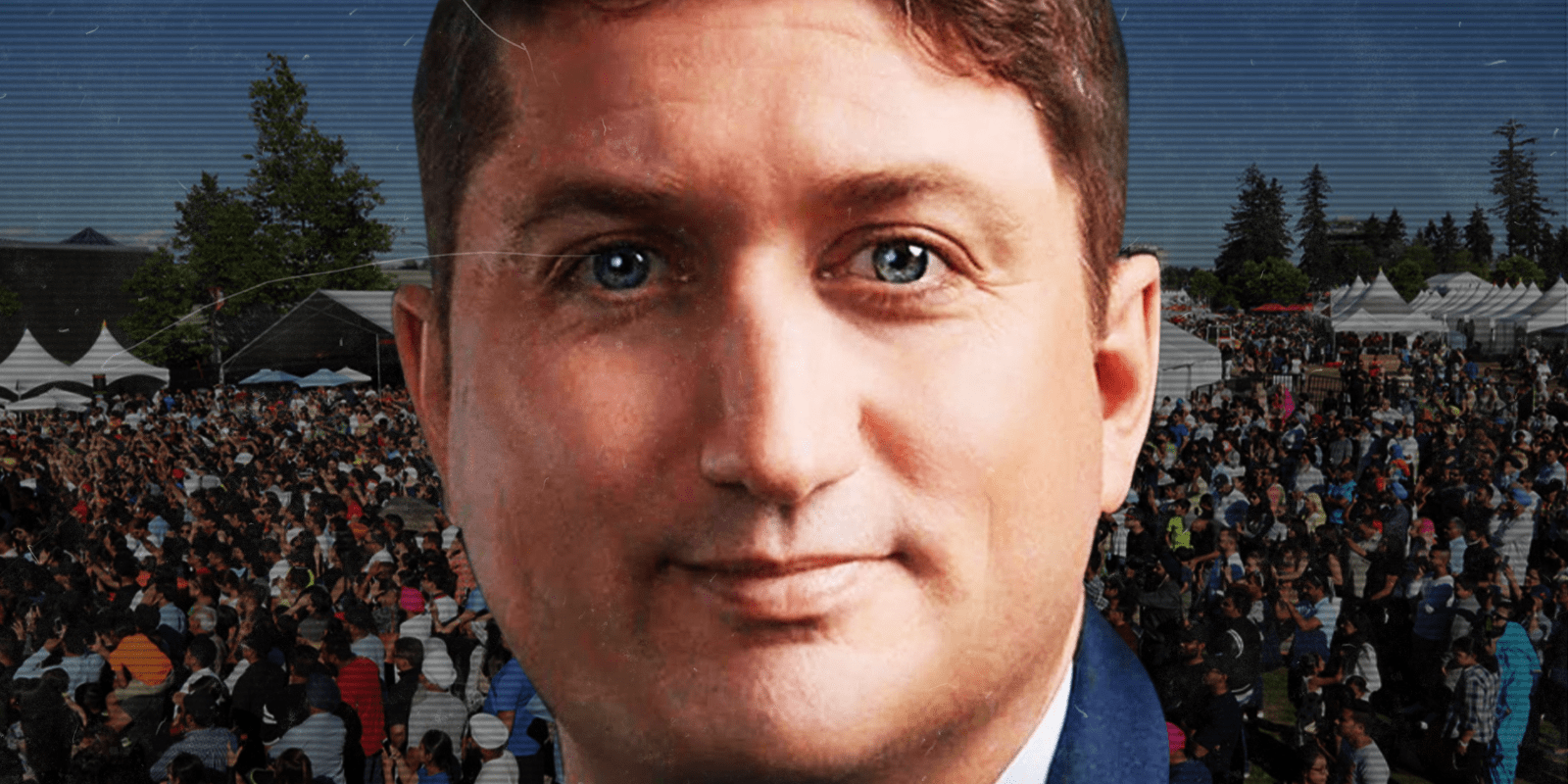 In the recent elections, Trudeau’s Liberals and Scheer’s Conservatives aggressively clashed in an effort to win over Canadian voters.

They got about a third of the popular vote each, with the Liberals forming a minority government. Conservatives went into an uproar, some calling for the removal of Scheer as party leader and others calling for the separation of western Canada into its own sovereignty.

Despite this perceived clash of parties who apparently represent two sides of a political spectrum, when you look at the actual politics of the two parties, there is much more in common than there is difference.

The difference is in rhetoric, not in substance.

Under the hood, the Liberals and the Conservatives are fundamentally the same. Where they differ is in the values they performatively signal to voters–Liberals portray themselves as social justice progressives while Conservatives prefer to espouse more traditional values.

Unfortunately for voters and for our democracy, these differences are merely surface level. When Canadians vote, they are mostly voting against something rather than for something. They tend not to vote for policies but rather against Trudeau or against Scheer. In this way, politics gets reduced to a spectacle worthy only of reality television, not of civil discourse.

On actual important political issues, the two parties are essentially the same–they both serve the rich and the corporate class while throwing bones to the rest of us.

Let’s take a look at the policies. I’ll start with what is perceived to be one of the big differences between the two parties–the carbon tax. Both parties agree that climate change is an issue, but the Liberals are in favour of a carbon tax while the Conservatives are not.

But what do the Conservatives want instead? Their recent platform promises investments in companies pursuing green technologies and it calls for new environmental standards, with fines for businesses that don’t meet them.

So, essentially, Conservatives want to use public money to subsidize private industries that they deem “green” and they want to fine businesses that are not “green.” This subsidization of government-approved businesses opens the door to corruption and backroom deals, while the fines only serve to hurt small businesses who can’t afford them rather than going after heavy polluters, who will be more than happy to pay the paltry fines.

The Conservatives have criticized the Liberals for their corporate welfare, but their “green” subsidization plans call for more of the same.

And this is not to defend the Liberal’s carbon tax, which is also a poor policy. The carbon tax will mostly affect poorer folks and small businesses who can’t afford additional expenses. The big businesses that do most of the polluting can easily afford to pay the tax and benefit from their smaller competitors going out of business.

Both parties’ policies strengthen big business while hurting small businesses and doing little for the average Canadian. While Conservatives want to repeal the carbon tax, their environmental fines would work in much the same way.

Staying on the topic of climate, both parties have committed to the Paris Climate Agreement and both acknowledge that climate change is a reality. They both want to use public money to subsidize private industries pursuing clean energy. And, most strikingly of all, they are both champions of the Trans Mountain Pipeline, although the Conservatives wave their flag a little higher. On environmental issues, the choice between the Liberals and the Conservatives can be decided with a coin flip.

When it comes to the deficit, the Liberals have shifted their goal to balance the budget from 2019 to 2040. The Conservatives vowed to erase the deficit by cutting $1.5 billion in “corporate welfare” and by selling federally owned buildings. However, judging by their pledge to give handouts to clean energy companies, it is unclear if the cuts to corporate welfare would be actual cuts or more of a redirection to other private industries. It is also important to note that, historically, the Conservatives have contributed to debt rather than alleviating it.

As for the Conservative’s plan to sell federally owned buildings to private owners, this is a potentially disastrous act of privatization that seeks a short-term gain in exchange for long-term prosperity. Real estate is a great asset to have and selling it off for what are likely to be garage sale prices to private hands could prove extremely costly in the long run. Not to mention the huge risk of corruption involved in privatization.

And sure, Trudeau’s deficit spending has gotten out of control, but redirecting corporate handouts, cutting public services, and selling federally owned real estate to private companies is not the answer. And judging by the Conservative’s history of debt accumulation, it is hard to believe that they would reverse the trend on the deficit.

On other issues like childcare, education, Indigenous rights, and housing, neither party really distinguishes itself from the other. Both parties are severely lacking on Indigenous issues, both support the Canada Child Benefit–which does little to alleviate the soaring costs of childcare in big cities, neither party offers any solutions to student debt, and both parties offer meagre home buyer benefits while doing nothing to help renters.

On healthcare, Liberals plan to take “next steps” towards pharmacare while effectively doing nothing to pursue those next steps. The Conservatives are a little more honest and dismiss pharmacare entirely. Both parties want to increase spending on mental health through health transfer payments, a meagre solution for a growing problem. Again, more of the same from the allegedly vastly different parties.

With regards to immigration, both parties want to increase the number of immigrants to 350,000 by 2021, with most of those being economic immigrants, and both want to crack down on “asylum shopping” and illegal border crossings. If immigration is your issue, Scheer and Trudeau are interchangeable.

Another big issue for a lot of Conservative voters is taxes. Both parties promise to lower taxes for the middle class, but they do this within Trojan horse policies that overwhelmingly benefit the rich. The Liberals are reducing taxes through an extension of the Basic Personal Amount (BPA) exemption while the Conservatives propose a universal tax cut. Let’s look at the numbers:

For those of us making less than six figures annually, the Liberal plan provides a slight advantage in savings. But for those lucky few making more, both parties plan to fill your pockets, with the Conservatives being a little more generous towards the rich. It’s no wonder that wealthy donors often choose to max out donations to both parties.

Andrew Scheer and Justin Trudeau lead parties that serve the interests of the rich and of Canada’s corporate oligarchy. While they paint themselves as different–Trudeau, in the past, opting to literally paint himself–they are depressingly similar. Both are dishonest in their messaging and try to win over average Canadians while pushing policies that overwhelmingly benefit the rich and powerful. But since Trudeau is actually running the country, he deserves more criticism.

Trudeau is a perfect con artist, depicting himself as a progressive champion of the people in speeches and then turning around and going back on his word behind closed doors. This was never more perfectly displayed than in the climate march where Trudeau took to the streets to march against the actions of his own government.

Trudeau has turned his back on our Indigenous population, he turned his back on electoral reform, and he expanded the oil and gas sector after running on a promise to transition to clean energy. From 2015-19, he could’ve easily upheld his promises with a majority government and NDP support for his progressive proposals. He chose not to.

Instead, he did mass infrastructure privatization, he weakened Canada’s access-to-information system and muzzled journalists and scientists in the process, he sold arms to Saudi Arabia who then used them to commit genocide in Yemen, and he signed the CETA, giving foreign companies the right to sue our government for introducing laws that might cut into their future profits.

Trudeau positions himself as the “woke” candidate, but the fact of the matter is if you’re running the government for the benefit of the rich, Canadians could care less if you have a diverse cabinet. When it comes to corruption, it doesn’t matter if it’s being done by an ethnically diverse and gender-balanced cabinet or a cabinet full of white men–the results are the same.

However, as I’ve laid out here, Scheer and the Conservatives are no better for the average Canadian. When political campaigns are run on empty rhetoric, performative wokeness, divisive attacks, and fear-mongering, voters don’t get to engage with actual policy proposals and the end up voting emotionally rather than logically.

When we vote against a character like Trudeau or Scheer instead of voting for popular policy proposals being pushed by other parties, we end up going back and forth between two parties who both serve the interests of the elite and the ruling class.

It’s time to dump our two-party system, which is, in reality, a one-party oligarchy.