Lightfoot pleaded for help from the Biden administration, calling the issue "a national problem." 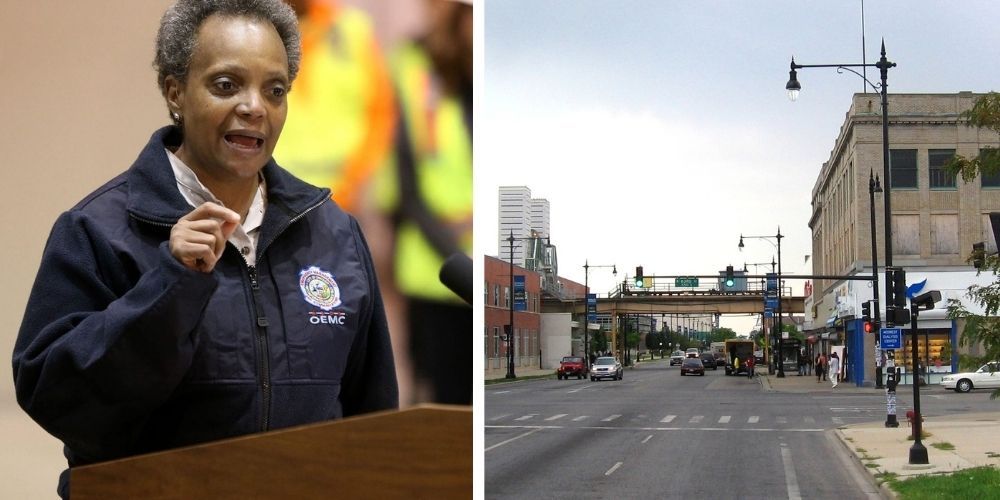 Lightfoot pleaded for help from the Biden administration, calling the issue "a national problem." It was nearly a year ago that Lightfoot refused to allow the Trump administration to help with the incessant violence in Chicago, which has only escalated since then.

Lightfoot said that White House officials reached out to her on Tuesday morning to offer support. According to ABC News, The Cook County Medical Examiner identified Kimfier Miles, 29, as the woman killed in Saturday's mass shooting.

"We must acknowledge this for what it is—a tragedy that has ripped apart families and inflicted intense trauma on several individuals," said Chicago Mayor Lori Lightfoot during a news conference Tuesday. "It tells us that we still have much work to do."

"What we will likely learn as the details become clearer is that illegal guns continue to plague us," Lightfoot continued.

"Gun violence continues to have a deep and painful history in our city," Lightfoot said. "Unfortunately, Chicago is not unique. We are part of a club of cities for which no one wants to belong, cities with mass shootings."

"Cities individually cannot tackle this problem. We just cannot. In Chicago, we've done absolutely everything possible and we need help from the federal government," Lightfoot said.

"When guns are so porous that they can come across our borders as we see every single day in Chicago, we know that we have to have a multi-jurisdictional, national solution to this horrible plague of gun violence."

Just after 6 am, shots broke out in the Englewood neighborhood following a disturbance at the home, according to police. Several people were gathering inside at the time.

According to ABC News, police sources confirmed that four people were pronounced dead at the scene. The names and ages of those deceased were not readily available.

In a news conference, Chicago Police Superintendent David Brown confirmed that three women were among those killed Tuesday.

A 2-year-old girl who was in the house during the shooting, was taken to St. Bernard Hospital for observation, but authorities say she did not appear to be injured.

When police were called back to the area at 5:45 am, Brown said that they discovered multiple victims.

Brown said that police recovered a high-capacity ammunition magazine from the scene Tuesday.

In connection to Saturday's shooting, police officials say investigators are searching for two suspects that opened fire on a crowd gathered on a sidewalk in the Chatham neighborhood just after 2 am.

The nine adults who sustained non-life-threatening injuries from the shooting rage from 23 to 46 years of age.

Lightfoot recently took action to prevent officers from engaging in a foot chase with suspects.