In a letter dated November 10, 2021 from Chapman, he wrote that leadership staff at LCPS were very much made aware of the situation. 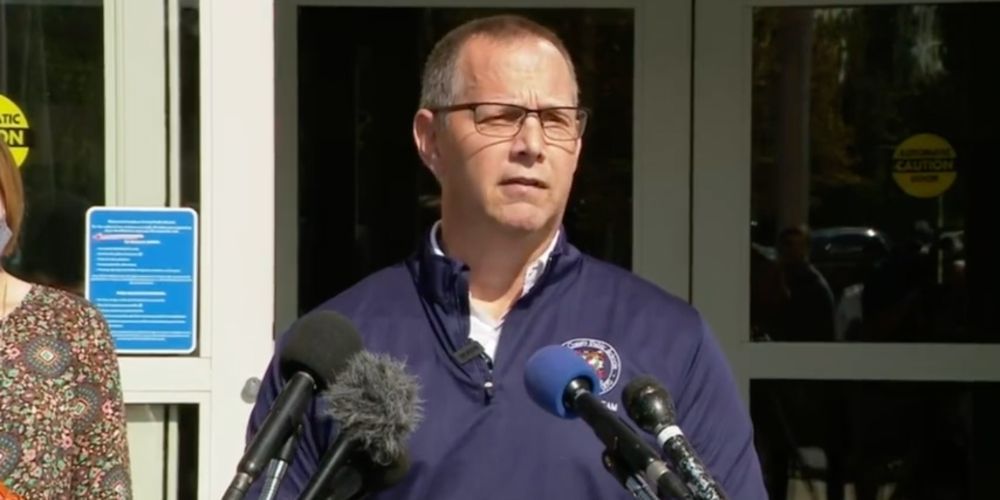 Following a letter from Loudoun County Superintendent Scott Ziegler to Loudoun County Sheriff Michael Chapman earlier this month stating that Loudoun County Public Schools could not confirm the receipt of notification of charges regarding a sexual assault case, Chapman wrote a lengthy letter back stating how exactly the school was notified, and when.

According to ABC 13 News, the exchange began earlier this month, in which Ziegler wrote to Chapman: "During the quarterly crime update to the Loudoun County Board of Supervisors on November 3, Col. Mark J. Poland of the Loudoun County Sheriff's Office suggested that your offices notified the Loudoun County Public Schools of charges in the Stone Bridge High School sexual assault case."

"LCPS cannot confirm that we have received the required notification of charges from the Loudoun County Sheriff's Office regarding this case," the letter continued.

In a letter dated November 10, 2021 from Chapman, he wrote that leadership staff at LCPS were very much made aware of the situation.

Chapman wrote that his November 5 letter was fixated on a response from Poland in which he stated that  "They (LCPS) were absolutely notified." The letter did not address, according to Chapman, the fact that Ziegler and school leadership were aware of the sexual offense on the day it occurred, that Ziegler sent an email to the school board on May 28 advising them of the incident, and that LCPS received a notification regarding the student's arrest by Juvenile Intake as required by law.

Chapman went on in his letter to outline the law fully for Ziegler, stating that "it is important to recognize Code of Virginia requirement and its application, as well as the sequence of events."

Chapman wrote that Ziegler stated "Per the Code of Virginia, local law-enforcement authorities shall report, and the principal or his designee and the division superintendent shall receive such report, on offenses, wherever committed, by students enrolled at the school if the offense would be a felony if committed by an adult."

He noted that the code Ziegler stated refers to offenses, not arrests, and that LCPS was made aware of the offense on the day it occurred "as evidenced by your email on May 28, 2021."

He also noted that the arrest on July 9 did not take place on school grounds rather at Juvenile Intake during the school's summer break. The Juvenile Intake is supposed to provide notification to the school if the offense committed would be considered a crime if carried out by an adult, which it did, according to Chapman.

"The sequence of events and review of applicable Virginia Codes clearly demonstrate that you and your leadership staff at LCPS were aware of the offense; the suspect's arrest; and the judicial process involving the Commonwealth Attorney's Office, Juvenile Intake, and Juvenile Court from the time of the original sexual assault to the time of the defendant's conviction," wrote Chapman.

"Despite that, LCPS opted to place this individual in another school where a second sexual assault allegedly occurred. If there were any lapses in communication directly to you throughout this process that impacted your decision making, it would seem it occurred within LCPS' own administration," he continued.

As part of his letter, Chapman also called into question the viability of an independent review paid for by the LCPS.

"Finally, I noticed that you commissioned an 'independent' review, which I assume will be paid for by the LCPS using Loudoun County taxpayer dollars. You announced this a day after incoming Attorney General Jason Miyares stated publicly that he intends to investigate this incident," wrote Chapman.

"While I believe an independent review would be helpful, I have concerns of the legitimacy of such a review conducted at your direction. As the Attorney General is accountable to the citizens of Virginia, I feel an Attorney General review is the most objective way to move forward on this issue," he concluded.