The former Associate Commissioner of Public Education said "We have to stand firm against hate" because "Two years ago we were all shocked to witness the murder of George Floyd." 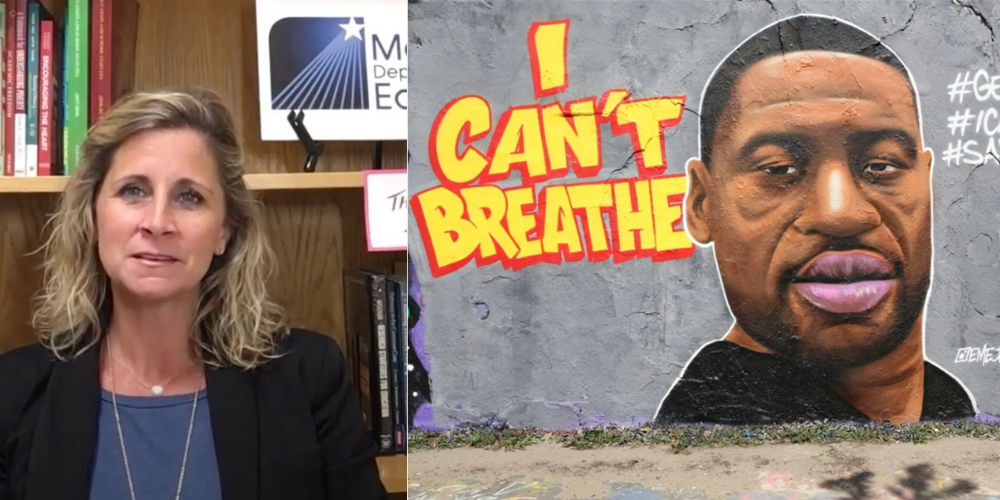 Staff from Maine's Department of Education said in May that they should be allowed to teach radical gender ideology to kindergartners because of George Floyd.

According to The Washington Free Beacon, emails obtained through the Freedom of Information Act show that teachers supported instructing young children about trans issues and radical gender ideology because it is "more important than ever to end this cycle of violence and hate."

Former Associate Commissioner of Public Education Kelli Deveaux wrote to Maine DOE employees concerning gender identity education saying, "We have to stand firm against hate" because "Two years ago we were all shocked to witness the murder of George Floyd."

In May, portions of a lesson module aimed at kindergarteners that included LGBT issues was changed due to backlash. The LGBT module was part of the MOOSE program, or the Maine Online Opportunities for Sustained Education, which was created in 2020 with $2.8 million from Biden's "American Rescue Plan."

The plan consisted of videos for remote learning and in one video, Maine kindergarten teacher Kailina Mills said that a transgender person is "someone who the doctors made a mistake about when they're born."

The backlash that ensued prompted the Maine Republican Party to create ads using clips from the teacher to criticize Maine's Democrat Governor Janet Mills. Mills has also been a vocal LGBTQ+ advocate.

Parents across Maine were vocal, including father of two, Shawn McBreairty who said, "We shouldn't be spending taxpayer dollars to indoctrinate kids through the hypersexualization of minors."

As the criticism against radical gender theory being taught to young children mounted, the Maine DOE removed the module. Deveaux believed the Department was wrong to do so and chalked the backlash up to being the result of "one inartful sentence in which the teacher is explaining what LGBT stands for."

Currently, the module is under review. The lesson plan was also built around "freedom holidays" such as Juneteenth and its goal was to teach young children that people "want to be free to love whoever they want—whether that's men, women, non-binary people, transgender people, or anyone else they choose."