MSNBC 'expert' equates Republicans to terrorists, warns of QAnon supporters 'who are preparing for civil war'

"These guys view themselves as this fanciful group of patriotic freedom fighters, the Second Coming of the Sons of Liberty, and there are many of them who are preparing for civil war right now." 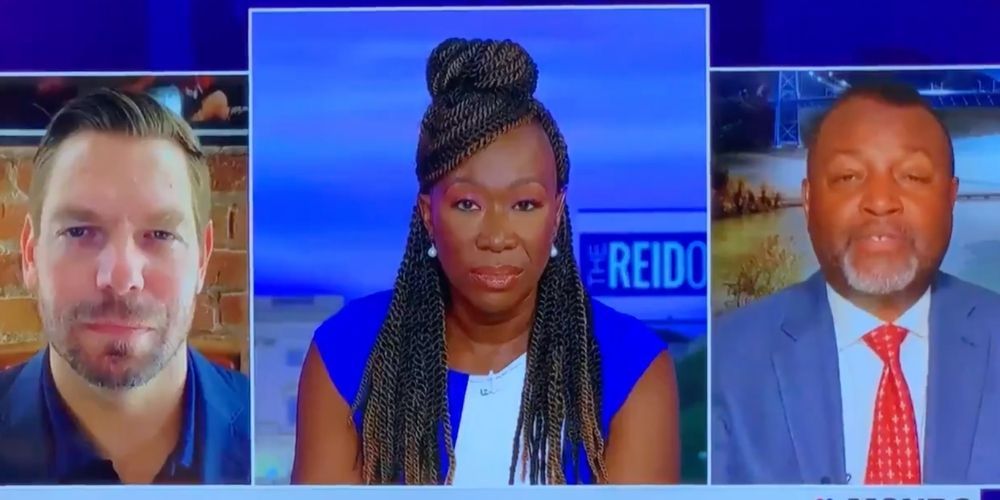 In an interview on The Reidout with Joy Reid this week, author Malcom Nance warned that Q-Anon supporters have taken over the Republican Party and are "preparing for civil war."

"On August 13th or 14th, just a few days from now, the Q-Anon believers, which is now a substantial portion of the Republican base, believe that Donald Trump will be reinstated as president through some magic that they only understand. When that doesn't happen, then what?" Reid asked.

"Well, nothing is going to happen here in August," replied Nance, adding that there is a substantial portion of the "gunslinging conservatives base" that does not support Q-Anon.

Nance noted that he said a year ago on the program that Q-Anon would "take over the Republican ideology."

"The belief in the inherent evilness of all Democrats, and that there's a global cabal that must be destroyed by force of arms, that is now standard throughout the conservative base," said Nance.

Nance goes on to equate militia men on the right to terrorist groups like ISIS and the IRA.

"The Republican Party, you know, I used to joke that they were vanilla ISIS, all of these militia men and everything out there. They were like ISIS, they were like Al Qaeda in the sense that they radicalized online. They would meet together in secret, and they did all of these activities, which were very much like a terrorist insurgency," said Nance.

"These guys view themselves as this fanciful group of patriotic freedom fighters, the Second Coming of the Sons of Liberty, and there are many of them who are preparing for civil war right now," Nance warned.

He added that the "shame that we tried to give them after January 6, that's gone."

"There are many of them right now that are ready to fight. And we're seeing from politicians in the State Houses and the Capitol who are actually you know, pushing them subliminally to fight," Nance said.