While the majority of the crowd was silent as the coffin passed by, one man used the opportunity to call out the Duke of York for his behavior, and was promptly arrested. 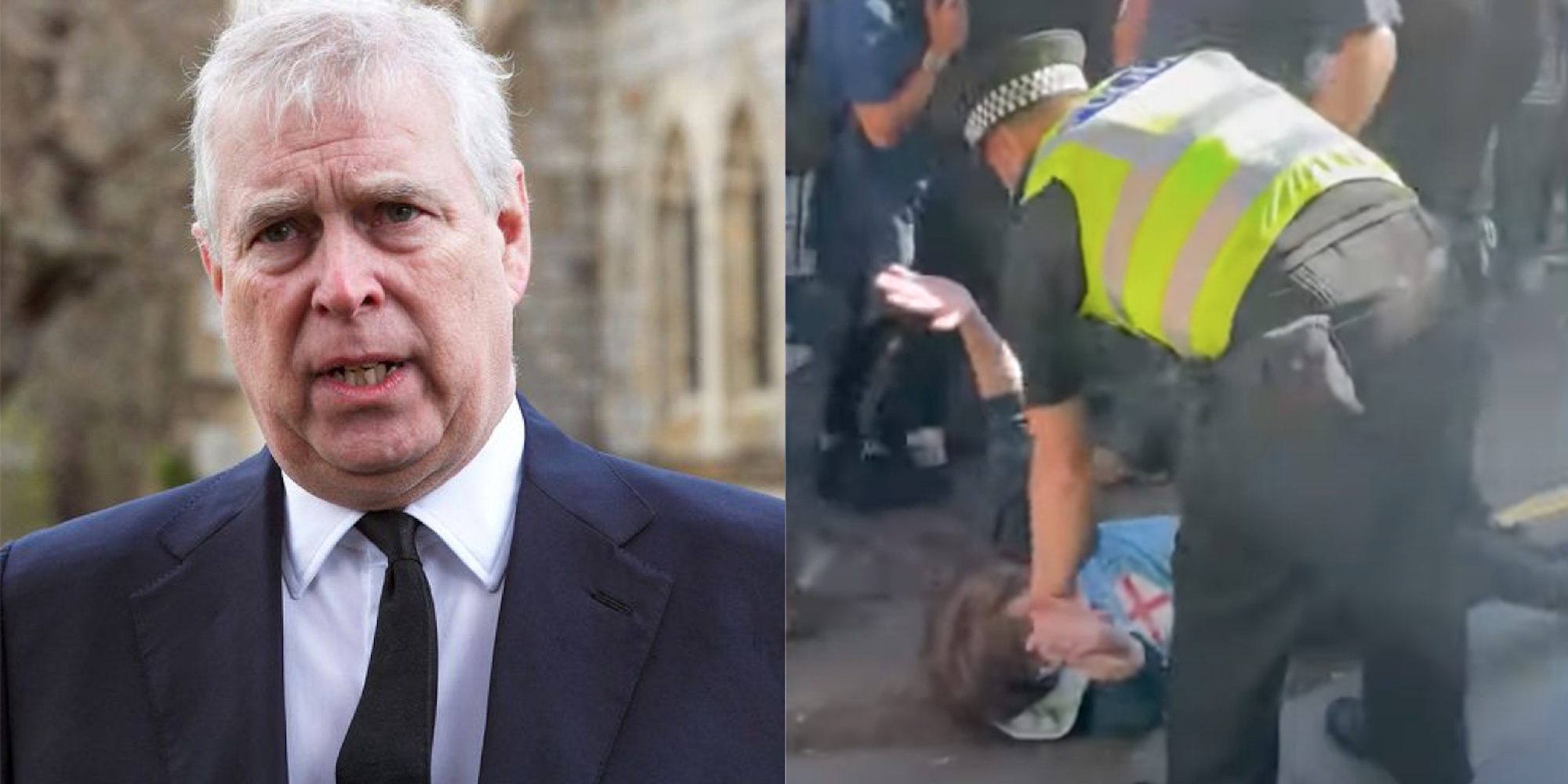 Jarryd Jaeger Vancouver, BC
Sep 13, 2022 minute read
ADVERTISEMENT
ADVERTISEMENT
On Monday, members of the Royal Family took part in Queen Elizabeth II’s funeral procession as it made its way through Edinburgh. Among those in attendance was Prince Andrew.

While the majority of the crowd was silent as the coffin passed by, one man used the opportunity to call out the Duke of York for his behavior, and was promptly arrested.

Footage showed that the man, later identified as 22-year-old Rory, shouted at Prince Andrew as he passed by.

He managed to get a few more words in before being tackled to the ground by two bystanders, including a man in a grey t-shirt.

As Rory was dragged away by an officer, the man in the grey t-shirt shoved him one more time, causing a woman to cry out, “Get your hands off him!”

“Disgusting!” Rory shouted as he was moved away from the crowd, telling the officer, “Ay, I’ve done nothing wrong.”

In response to Rory’s comments, chants of “God save the king” sprang up, drowning out the altercation between him and police.

Following the incident, Rory sat handcuffed behind two officers, and was asked by a journalist why he’d done what he’d done.

He said, simply, that he believed “that powerful men shouldn’t be allowed to commit sexual crimes and get away with it.”

According to 9News, Rory was subsequently charged with “breaching the peace.”

“A 22-year-old man was arrested and charged in connection with a breach of the peace on the Royal Mile around 2.50 pm on Monday,” Scottish police said in a statement. “He was released on an undertaking to appear at Edinburgh Sheriff Court at a later date and a report will be sent to the Procurator Fiscal.”

Response to the incident was mixed, and while there was consensus that Prince Andrew deserved criticism, some felt as though Rory had chosen the wrong time to call him out, given the nature of the event. Many others, however, argued that Rory had done the right thing.

Prince Andrew has been a controversial figure within the Royal Family, with his ties to Jeffrey Epstein causing him to lose his titles.

In February, he settled a lawsuit with Virginia Giuffre, who accused him of raping her when she was just seventeen, and that Epstein had arranged the encounters.