An 18-year-old man has been arrested in connection with the kidnapping of a four-year-old who was later found dead on a Texas street. 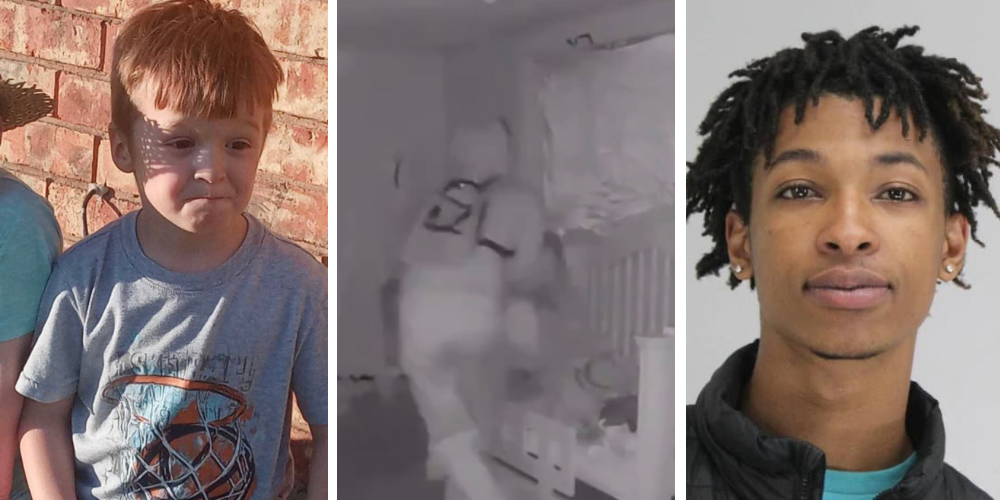 An 18-year-old man has been arrested in connection with the kidnapping of a four-year-old who was later found dead on a Texas street, the New York Post reports.

Darriynn Brown allegedly broke into a Dallas home through the back door on Saturday, and snatched the sleeping boy identified as Cash Gernon. Surveillance footage inside the home captured the kidnapping.

Antwainese Square was jogging in the neighborhood when she found the body and reportedly though it was a dog in the street at first.

"That’s when I noticed the baby had ants at the bottom of his feet. So I knew he was deceased then," she told the Morning News. "It was heart-wrenching because this baby could have been no more than five."

Gernon's guardian told WFAA that he was a "happy-go-lucky" kid. She said that the suspect did not know Cash.

Cash's twin brother has been taken into state custody, the guardian told WFAA.

Brown was charges with kidnapping and theft is connection to Cash's death, and is being held on $750,000 bail. Police expect addition charges to follow pending a forensic analysis.

Brown faces another case from late April of evading arrest, according to the Dallas Morning News. He reportedly lived with his parents just half a mile from where Gernon's body was found.

"Hard to believe," neighbor Jose Ramirez told WFAA. "I don’t think [Brown] was in his right mind. They [cops] were back in the alley, looking through trash containers to see if they could find any type of evidence. They went down the street, and they spent a good time down there."