A New York man has been charged after committing anti-Semitic hate crimes. 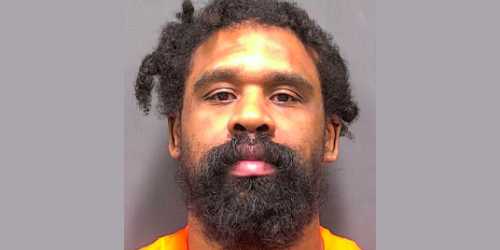 A New York man has been charged with federal hate crimes after stabbing five people. The stabbing took place last Saturday night at a Hanukkah celebration at the home of Rabbi Chaim Rottenberg.

The 37-year-old’s name is Grafton Thomas, he is from the village of Greenwood Lake. Thomas has been charged with five counts of obstructing the free exercise of religious beliefs by attempting to kill with a dangerous weapon as well as causing injuries.

The incident took place in Monsey, N.Y. Thomas was previously charged with five counts of attempted murder along with a count of burglary due to the incident. Thomas’s bail is set at $5 million. Officials have called the incident an act of anti-Semitism.

According to the New York Post, the FBI is investigating whether Thomas is connected with a stabbing that took place on November 20, in Spring Valley.

The Spring Valley stabbing was around a ten-minute drive away from where the incident occurred this past weekend.

According to The Yeshiva World, prosecutors said that Thomas had a journal full of anti-Semitism and that he recently googled “Why Did Hitler hate the Jews.”

Prosecutors said they found “Adolf Hitler” and “Nazi culture” references in the journal. There were also sketches of swastikas and the Star of David.

In a statement issued by attorney Michael Sussman, Thomas’s family said, “Grafton Thomas has a long history of mental illness and hospitalizations. He has no history of like violent acts and no convictions for any crime.” they added, “He has no known history of anti-Semitism and was raised in a home which embraced and respected all religions and races. He is not a member of any hate groups.”

“We believe the actions of which he is accused, if committed by him, tragically reflect profound mental illness.”

“Finally, we express our deepest concern and prayers for those injured physically and otherwise deeply affected by the events of Saturday night. … We thank those who rendered medical attention to each of those injured.”

On Sunday, Donald Trump commented on the incident in a tweet saying, “We must all come together to fight, confront, and eradicate the evil scourge of anti-Semitism.”