Iranian-Canadian man fired after speaking out against honour killings

A man was released from his position at a top Vancouver prep school for sharing a condemnation of Iranian honour killings on his personal Facebook page. 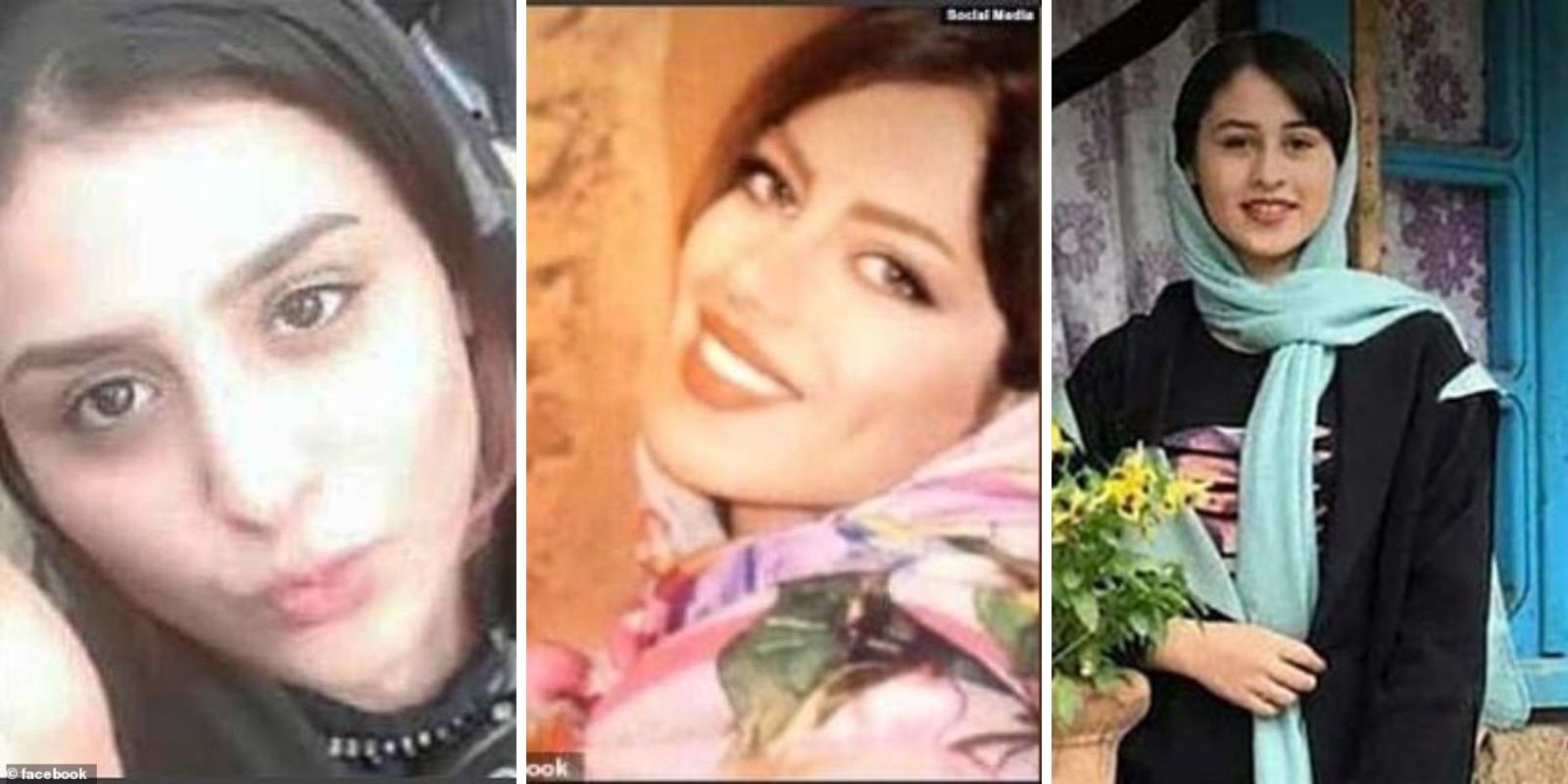 A man was released from his position at a top Vancouver prep school after sharing a condemnation of Iranian honour killings on his personal Facebook page.

The man, Corey, who is Iranian-Canadian, shared this story of honour killings and his condemnation of the religion that allows it prefers to remain anonymous, and his name throughout has been changed to ensure that.

In his post, which was shared on his private page of this article, he also had harsh words for radical Islam, which sanctions the killing of young women by their disgruntled family members.

The article details the brutal killings of three young women. One young woman, a 13-year-old named Romina Ashrafi, “was beheaded in her sleep by her own father.” An additional “two young women [were] murdered by their family members.”

Fatemeh Barihi was only 19 when she was murdered by her husband, while Reyhaneh Ameri was 22 when her father killed her with an ax. The killings of these three women, one of whom was only a child, were sanctioned and institutionalized by the laws of the clerical regime.

In response to these killings, Corey wrote “F*** Islam. F*** honour killing. And f*** you if you believe in any of these barbaric stone age ideologies.” Corey was raised Muslim, in Iran. He is now an atheist.

During a phone interview, Corey told The Post Millennial that he could not stand idly by and not condemn the actions of these Iranian men, or the government sanctioning of their crimes, in the nation in which he was born.

Corey is a freelance educator and has worked in Vancouver area schools for well over a decade. In that time, he developed a relationship with the Mulgrave School, helping their students.

This is the school, under headmaster John Wray, that heard through the very short grapevine that this educator posted an insult to Islam and terminated their relationship.

Corey responded, saying “I just received a call from [a colleague] as well. She suggested to remove my message immediately which I did. I understand the situation and will be more aware of the repercussions of my messages on social media in the future. Please let me know if you have any other concerns.”

Despite Corey’s compliance, Wray responded “Your anti-Islamic social media post is in direct contradiction with Mulgrave School's and Canadian values. It is racist and highly offensive. As a result, I am immediately terminating any further relationship with you. You will no longer be allowed to [do business with our school] and you should not enter the school building under any circumstances.”

Corey was called a racist for criticizing the religion of his parents. A man who was born in Islamic society and was raised in an Islamic family, who knows Arabic and the Koran, was told that he is racist for lashing out at his own nation, his family’s religion, and the barbaric practices it sanctions. How is this a liberal position?

Perhaps Wray doesn’t know Corey’s background, but if he did, would he feel the same way? In the contemporary progressive ideology, a person of a given identity is allowed to vocally critique their own culture.

Corey noted that Wray didn’t ask about his background, or why he is opposed to honour killings. Wray didn’t reach out to Corey to find out what it was about his experience growing up with Islam that made him so unable to be tolerant of Iran’s state sponsored religion that allows young women to be butchered by their families.

Wray did, however, reach out to Corey’s colleagues to advise them to cease their working relationship with Corey. One of Corey’s closest colleagues did so.

While this may seem like another, familiar case of cancelling, Corey’s termination runs deeper than that. Wray objected to what he called racism in the man’s insult of Islam. However, in focusing on the man’s words against Islam, he missed several key aspects to this situation.

First of all, the man posted in opposition to the misogyny of the Islamic regime in Iran. He objected to the Islamic sanctioning of the murder of young women. The man blames Islam for this, and despises the religion for advocating for the murder of these girls.

Does Wray believe that he is wrong to oppose the killing of young girls? Does he believe that those who do business with the Mulgrave School have an obligation to praise or keep silent about a religion that sponsors these kinds of killings?

Second, the man was born and raised for many years in Iran. His parents are Muslim, and while he was raised in that faith, he rejected it, and all religion, at a very young age, turning instead to ideas of atheism.

He finds no benefit to organized religions precisely because, he believes, they condone horrible treatment of individuals. He has been a vocal atheist since 1998, prior to which he kept his views to himself. In fact, he is concerned about the emergence of theocracies, and about religious ideology oppressing people.

Third, because he grew up in Iran, he knows exactly what he is talking about in opposing Islam. Corey has intimate knowledge of the culture he criticized. He was arrested for political activities in Iran and put in prison. He was “put up against the wall twice, blindfolded for execution, before a firing squad.” When he was a teen he was recruited to blow up Iraqi tanks, and he refused.

When he was only 14, he was brought on a school trip to witness the stoning of a woman to her death in the northeastern Iranian city of Mashhad. He was given a stone to throw.

“My hands couldn’t move, I couldn't do it,” he said. His principles of peace were formed early and tested often.

He was also brought to witness the throwing of a homosexual man off a cliff. He said that this was “called a ceremony.”

Corey was told that if the man “survives, he can keep living.” No one survived this practice.

“And that can happen here,” Corey said. He has growing concern about the mentality of intolerance of differing views that is increasingly prevalent in North America and the West.

Corey says that, despite the penchant for political correctness, and even at the risk of offending people, he will not tolerate the intolerant, he “will not respect stone age ideas.”

Corey asked “Why do liberals want to turn a blind eye to what is written in the Koran? Why is it racist to criticize a religion?”

Indeed, why is it more socially acceptable to remain silent on the brutal killing of innocent young women than it is to criticize the religion that condones it?

He told me that he “Has been advised to let it go.” But “these practices are bad,” he said. “They hurt all of us.”

“We have to speak up, there is a cost to not speaking up,” he said. “I want to live honourably. I am sensitive to this because I can relate. I have been there.”

Corey balks at the idea that he could not post in opposition to the authorized, encouraged practice of murdering women and girls. “You have no right to defend these young women. That’s what I was told,” his voice calm, measured, despite his warranted frustration.

“Where is Rah? Where is Sheba? These are just ancient ideas.”

The Post Millennial reached out to Mulgrave School for comment. They said that the individual here described was not employed by the school, but offering courses at the school.

Additionally, a spokesperson for the school said: "Mulgrave School unequivocally opposes and condemns any discriminatory statements or actions, including on the basis of religion, race, ethnicity, gender, gender identity or expression, sexual orientation, and disability. The discriminatory statement was the first portion of the post, disparaging of Islam. In the post the individual also opposed honour killings, which we also condemn. We unequivocally oppose violence, the deprivation of fundamental human rights, and any illegal action against any person of any race, religion or creed."