A young driver allegedly pushed his new BMW into a river. Why? Because his parents got him the BMW instead of the Jaguar that he wanted. 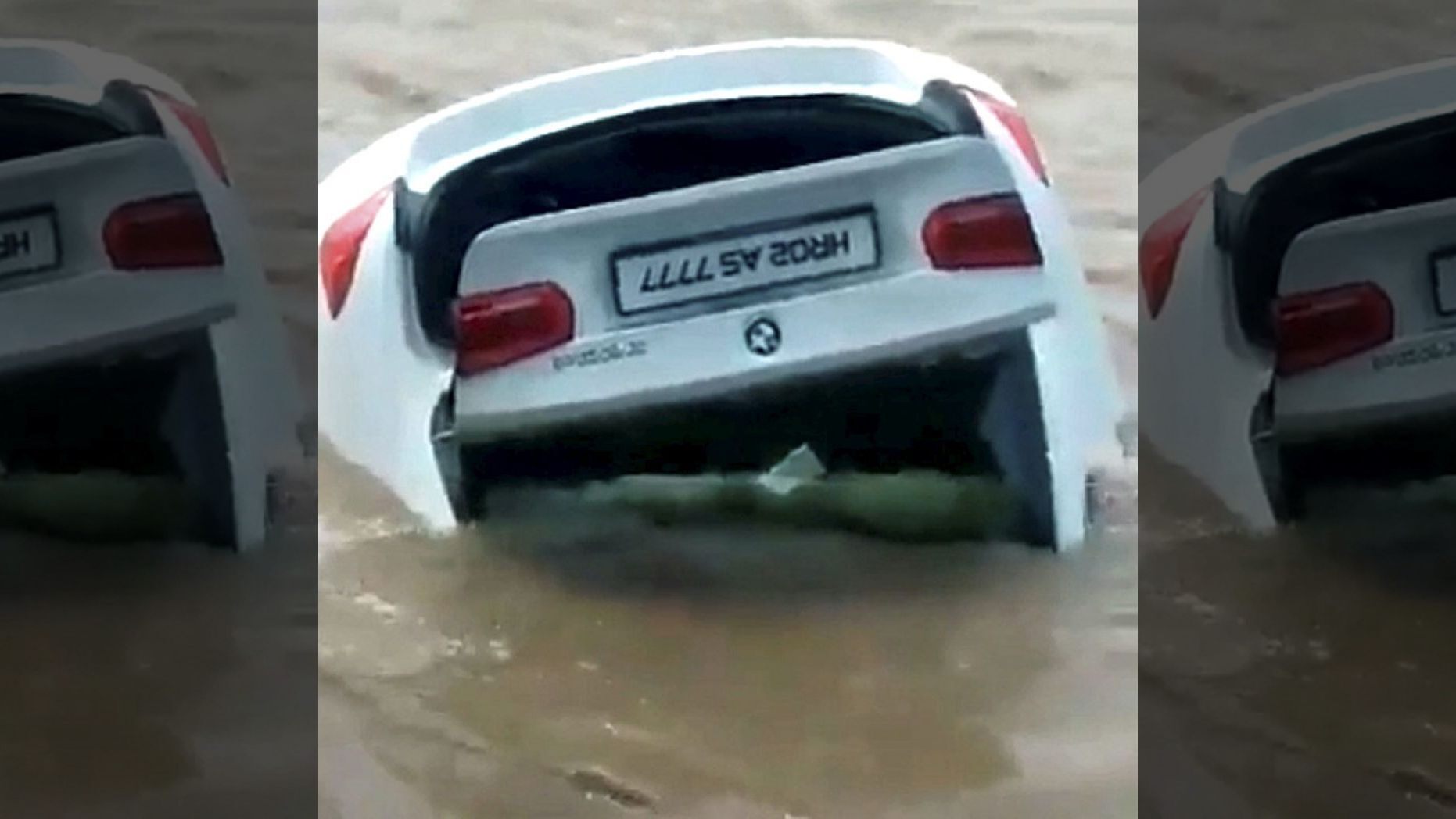 Think kids are spoiled? Well, this video may just prove you right.

A young driver allegedly pushed his new BMW into a river. Why? Because his parents got him the BMW instead of the Jaguar that he wanted.

The man, who goes by the name “Akash,” said the car was “too small” for him and his friends.

A video shows the car slowly submerging into the waters of Yamunanagar, Haryana in the northern Indian state. The vehicle had to be pulled out via crane.

Witnesses said that the man jumped out of the vehicle before the car reached deep waters and that those nearby helped the man reach land safely.

A police official said: “The youth was arrogant and kept insisting that he be given a Jaguar as a BMW is a little small for him and his friends inside. We would do a preliminary investigation but this seems to be a personal matter. We will proceed according to the law.”

The 22-year-boy’s father said, “I wanted to give my son a birthday present. We could only afford to give him a BMW, while he kept on insisting that he be given a Jaguar. He said the vehicle was too small but we thought he will be okay.

“We never imagined he would do anything like this.”