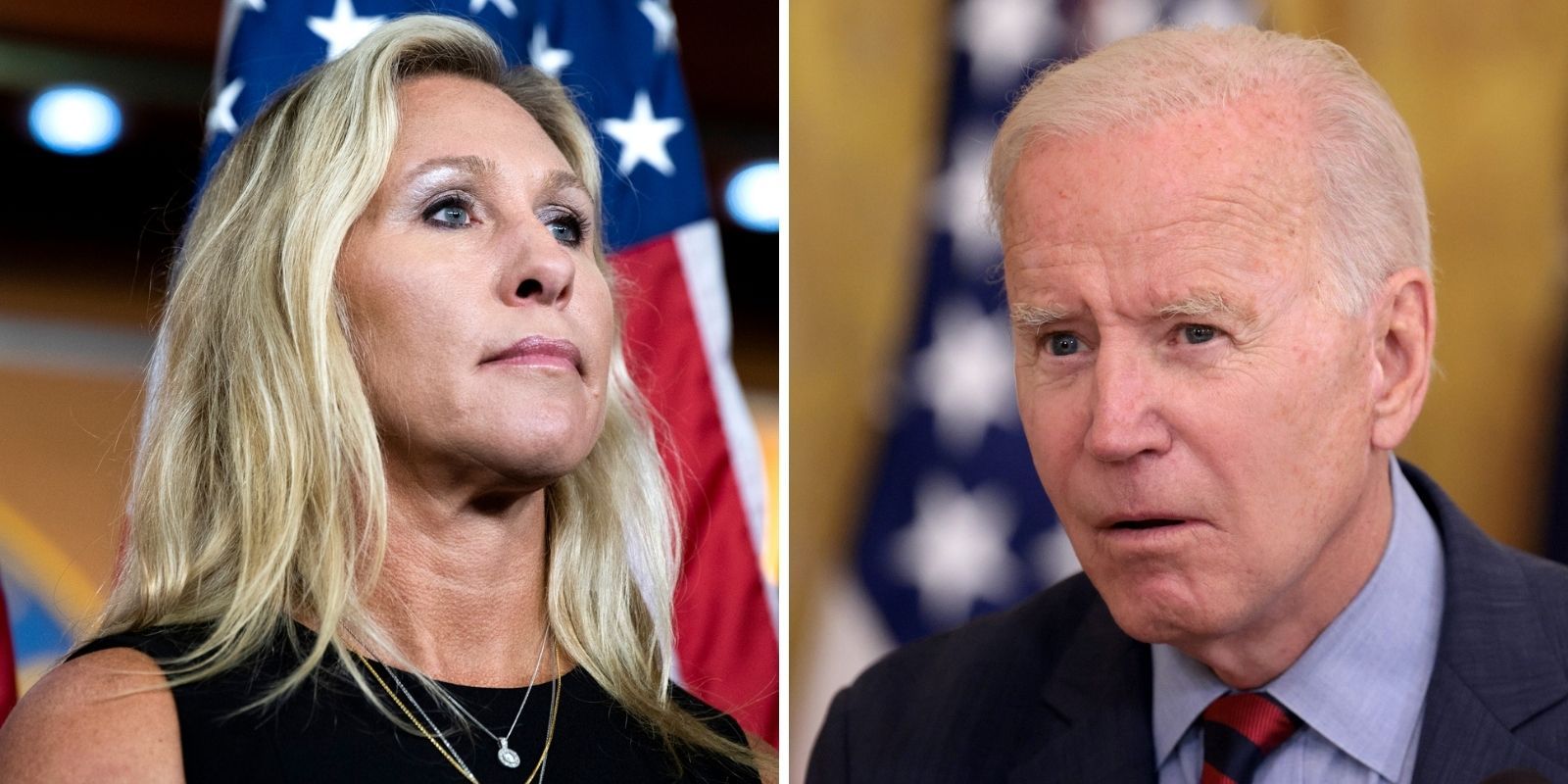 "Today, I introduced three impeachment resolutions against Joe Biden for his dereliction of duty in Afghanistan, his violations of immigration law causing a national security crisis on our Southern border, and his usurping of Congressional power by ignoring the SCOTUS," tweeted the member of Congress on Friday.

In the text of the filing itself, which is not the first of its kind filed by the controversial congresswoman, Greene says: "In seven short months, Joe Biden has caused America to lose the respect of the entire world. The evidence is clear and his actions are so egregious that he must be impeached."

"He is shredding the Constitution and usurping the balance of power by issuing an edict the Supreme Court declared was a power of Congress," Greene states.

"This is a process no one wants to go through, but it is a necessary process for the safety and security of the country and the American people."

On the next page, the text goes on to list in bullet-point form 18 different points on which Greene feels that Biden has committed an impeachable offense.

Upon announcing the measure to a crowd assembled in Ohio, the Republican state leader got a thundering standing ovation:

It does, however, remain to be seen what level of support these measures will receive from the Republican's colleagues in Congress.