The armed individuals refused to cooperate with officials, and claimed that the prevailing laws did not apply to them, identifying themselves as members of a group called "Rise of the Moors." 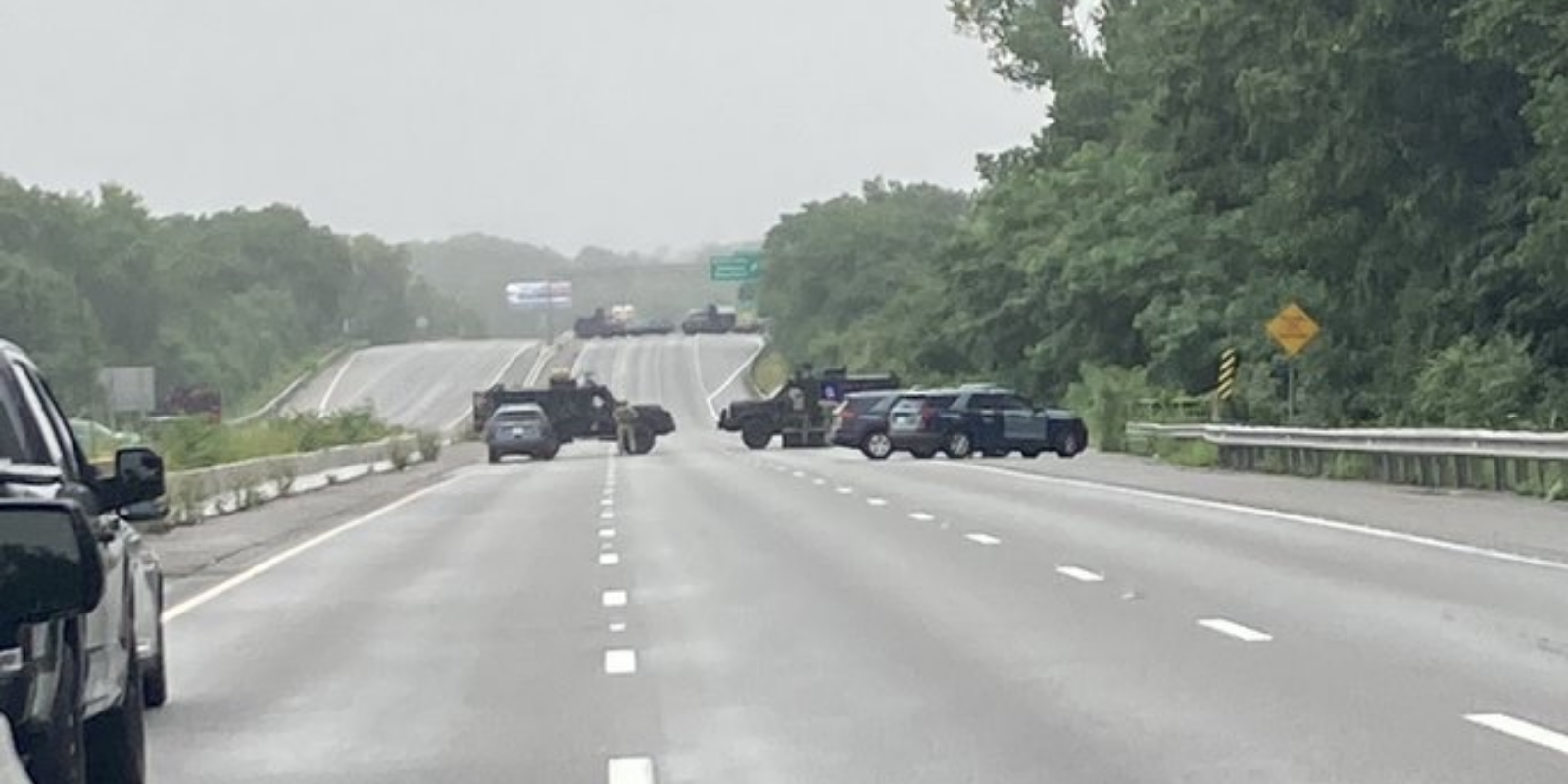 What started out as a traffic stop in Wakefield, Massachusetts, in the early hours of Saturday morning escalated into an armed standoff on I-95 which lasted for hours.

Massachusetts State Police arrested 11 armed individuals following the hours-long standoff that started at around 4 a.m. off the interstate highway.

The initial traffic stop occurred on Route 128 in the area of Parker Road at around 1 a.m. on Saturday morning. The armed individuals refused to cooperate with officials, and claimed that the prevailing laws did not apply to them, identifying themselves as members of a group called "Rise of the Moors."

According to the group's website, they are "Moorish Americans dedicated to educating new Moors and influencing our Elders." According to police, eight of the suspects initially fled into the woods from the traffic stop.

"We have several armed persons accounted for at this scene on Rt 95. They are refusing to comply with orders to provide their information and put down their weapons," initially reported the police in Wakefield, a town just north of Boston.

However, authorities were soon able to apprehend two, then the other nine of the 11 armed suspects. All of them were arrested in the end without further incident.

Residents of Wakefield and nearby Reading were asked to shelter in place during the incident, and I-95 has been closed from nearby Lynnfield to Stoneham.