The lecture covered "coping strategies among QT students of color navigating white cisheteropatriarchy in STEM for protecting their academic success and intersectional identities." 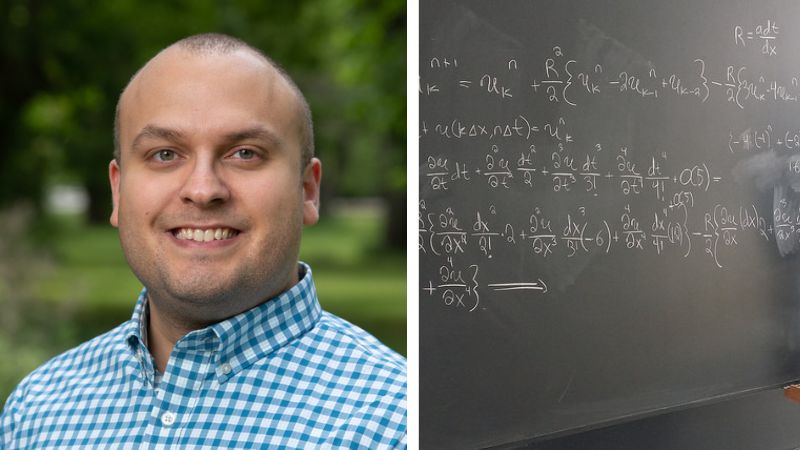 Olivia Rondeau
Jan 25, 2023 minute read
ADVERTISEMENT
ADVERTISEMENT
A Vanderbilt math professor criticized the subject for being too "white" and "cisheteropatriarchal" in a lecture he presented at a major mathematician conference earlier this month.

Luis Leyva, an assistant professor of mathematics at Vanderbilt Peabody College of Education and Human Development in Nashville, Tennessee, at the Joint Mathematics Meeting on January 4 delivered a lecture titled "Undergraduate Mathematics Education as a White, Cisheteropatriarchal Space and Opportunities for Structural Disruption to Advance Queer of Color Justice."

According to the summit's website, the lecture consisted of sharing findings from Leyva’s research on the "educational experiences of 39 undergraduate queer and trans students of color pursuing STEM majors across historically White and minority-serving universities in the United States."

Leyva's abstract of his lecture appeared to censor the word "Latino," stating that his findings "depict how Black, Latin*, and Asian QT (Queer-Transgender) students’ narratives of experience reflect forms of intersectionality, or instances of oppression and resistance at intersecting systems of white supremacy and cisheteropatriarchy."

While "cisheteropatriarchy" is not a word in the English dictionary, Toronto's York University defines the term as "a system of power and control that positions cis-straight white males as superior and normative in their expression of gender and sexuality."

"I use my analytical framework, 'STEM Education as a White, Cisheteropatriarchal Space' (Leyva et al., 2022, American Educational Research Journal), to capture how intersectional oppression among QT students of color unfolds across three interconnected levels of influence in undergraduate STEM: ideological, institutional, and relational. In addition, I highlight findings that illustrate structural disruptions, defined as educational structures and practices that resist intersectional oppression in undergraduate STEM," the professor wrote.

The second part of the lecture covered "coping strategies among QT students of color navigating white cisheteropatriarchy in STEM for protecting their academic success and intersectional identities."

"I apply my framework and research findings to argue how undergraduate mathematics education operates as a white, cisheteropatriarchal space that limits learning opportunities affirming of queer of color identities and experiences. I conclude by re-imagining undergraduate mathematics education with structural disruptions that advance justice for learners marginalized across intersections of race, gender, and sexuality," Leyva said.

"It's an embarrassment that this is going on at Vanderbilt," he tweeted. "@VanderbiltU needs to get this woke pseudoscience out of the school. Tennesseans like me won't send our kids there if this is the lunacy we'd be funding. This garbage has no place in Tennessee. Period. Ridiculous."

"These critiques are part of a larger movement alleging that everything from math to meritocracy is racist," Shapiro Chair of Public Interest Law at George Washington University, Jonathan Turley, wrote.