"On January 6, I’m joining with the fighters in the Congress and we are going to object to electors from states that didn’t run clean elections," Gaetz proclaimed. 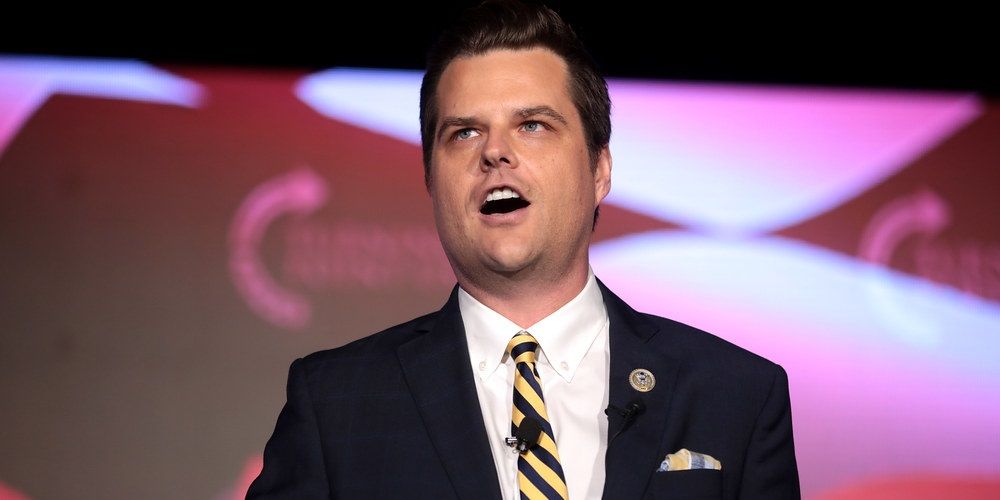 Republican Congressman Matt Gaetz announced on Saturday that he plans to challenge electoral college votes during the counting procedure of the joint session of Congress on Jan 6, Epoch Times reports.

"On January 6, I’m joining with the fighters in the Congress and we are going to object to electors from states that didn’t run clean elections," Gaetz proclaimed at Turning Point USA's Student Action Summit.

Objections to the electoral college vote during the joint session can be put forward by one Congressman and Senator, which will then be debated independently by the two chambers. The objection can be accepted with a majority vote from both chambers.

Other Republicans such as Congressman Tommy Tuberville have signaled at potentially joining Gaetz in challenging the electoral college votes, which Gaetz noted in his speech.

"I had a chance to speak to coach Tuberville just moments ago and he says we are done running plays from the establishment’s losing playbook and it’s time to fight," Gaetz exclaimed.

"Now coach Tubervillve went for it a lot on fourth down when he was coaching at Auburn," Gaetz said. "They called him the Mississippi riverboat gambler. The odds may be tough, it may be fourth and long but we’re going for it on January 6."

Republicans have launched legal challenges in several battleground states disputing the results of the 2020 election, suggesting that Joe Biden's narrow victory was won through voter and electoral fraud.

While some instances of fraud have been discovered, Republicans have not proven that such activity has occurred on a wide enough scale to overturn the election. Lawsuits brought forward by the Trump administration have frequently been thrown out of court for a variety of reasons ranging from insufficient evidence to lack of jurisdiction.

Republicans in seven battleground states where the Trump campaign has launched legal challenges against the results have submitted alternative electors to vote for President Donald Trump. While some Republicans have argued that this sets up a legal challenge to the confirmation of Joe Biden's victory as the Trump campaign's lawsuits continue, many observers believe the votes to be nothing more than symbolic, and reject the idea that it could ultimately impact the results.