"In exercising our discretion, we are guided by the fact that the majority of undocumented noncitizens who could be subject to removal have been contributing members of our communities for years." 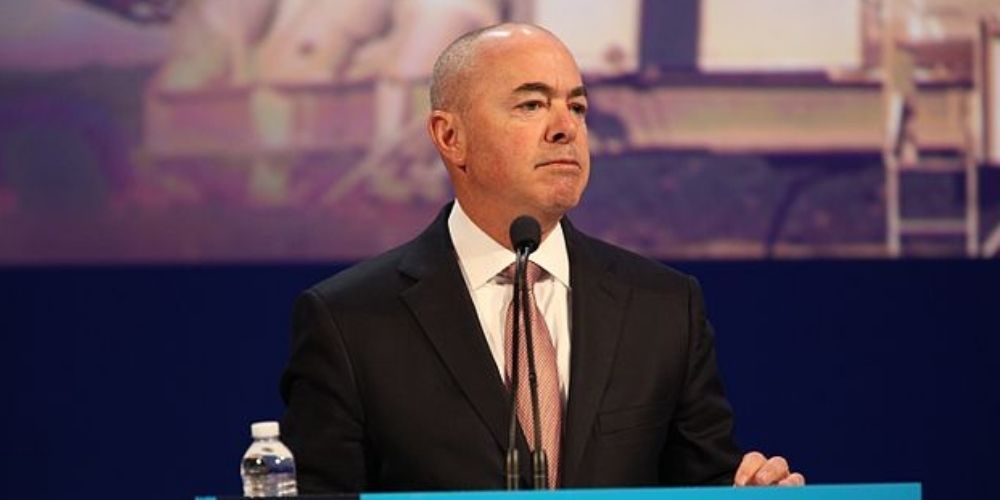 The new guidelines, which will become effective in 60 days, allow ICE officers more freedom to decide which immigrants should be targeted, a change from the previous guidelines that gave strict categories for officers to follow, according to The Wall Street Journal.

"The updated guidelines respond to complaints from ICE officers that they weren't being allowed to pursue dangerous felons who had committed other offenses—ICE briefly put off an operation to pursue sex offenders under the Biden administration's initial set of guidelines—as well as lawsuits from Texas and other conservative states claiming they were too restrictive," wrote The Wall Street Journal.

In a call with reporters on Thursday, Mayorkas said that officers are given a number of factors to consider whether an immigrant poses a current public safety risk.

"To treat people and questions of public-safety threats categorically like that actually is not effective and could lead to ineffective and unjust results," Mayorkas said. "And so therefore we are requiring and, frankly, empowering our workforce to exercise their judgment."

New factors of officers to consider before arrest "include the harm suffered by the victim of the crime in question, the length of the immigrant's prison sentence, the sophistication of the crime and whether or not the immigrant used a gun," according to The Wall Street Journal.

Officers are also encouraged to weigh in factors like the age of the immigrant, how long they have been in the United States, how long ago the crime was committed, and the effect deportation would have on close family members.

The new guidelines also allow officers to go after anyone they deem as posing a national security or border security threat, which is defined as anyone who crossed the border illegally after Nov. 1, 2020.

"In exercising our discretion," the updated guidelines reportedly state, "we are guided by the fact that the majority of undocumented noncitizens who could be subject to removal have been contributing members of our communities for years."

Officers are also directed to not deport those with pending visas or other forms of humanitarian relief, and not to target those who speak out against mistreatment, outhouse who become witnesses to investigations about employers or landlords.