The Duchess of Sussex, Meghan Markle, has returned to Canada to be with her son Archie. 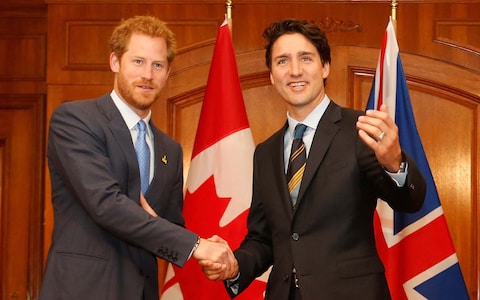 The Duchess of Sussex Meghan Markle has returned to Canada to be with her son Archie, according to Sky News.

The Royal Family is attempting to find a “workable solution” over the roles and future of Meghan and Harry. One of these roles could be located, right here, in Canada, and many Canadians seem to be supportive.

Meanwhile Fleet Street has been in a feeding frenzy over the news.

After spending a six-week holiday in Canada, the two newly-weds have decided to step back from royal duties, splitting their time permanently between North American and the United Kingdom.

Due to their clear appreciation of the Great White North and previously living in Toronto, and Meghan’s intention to spend a significant amount of time in Canada, suggestions have been made that Harry should resume his royal duties as the Governor-General of Canada.

Since the news came out that Harry may be moving to Canada, polls have suggested that a majority of Canadians would want Prince Harry as the next Governor-General of Canada. In fact, they were fairly sweeping, with 60 percent of Canadians saying they would support the Duke of Sussex taking the position.

The royal couple has been active in Canada. Prince Harry, for instance, opened the 2017 Toronto Invictus Games and Meghan was living in Canada when acting in the TV series Suits, with Harry visiting her often.

Even the Quebecois, who have historically disapproved of the monarchy since the province was captured by James Wolfe in the 1700s, are expressing curious delight in the idea, with 47 percent supporting a royal takeover.

The current Governor General Julie Payette may be disappointed by the Canadian public’s insipid approval of her governorship.