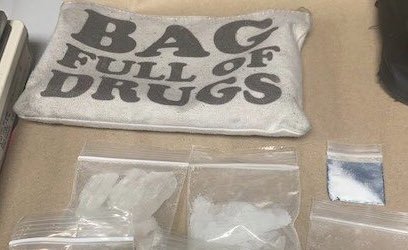 Florida Highway Patrol pulled over two men for speeding on Saturday.  What would have just likely been a fine escalated after the troopers noticed that there was a bag inside the car labelled “Bag Full of Drugs” The troopers then inferred that maybe speeding wasn’t the main issue with these two according to Fox News.

The men were pulled over on I-10 in the Florida Panhandle. The vehicle was searched with the help of the Santa Rosa County Sheriff’s Office and found methamphetamine, cocaine, MDMA, GHB (a drug most commonly known as the date rape drug) and fentanyl. Fentanyl is often used to cut the purity of other drugs and often leads to fatal overdoses.

Twitter folk were quick to crack jokes about the pair.

It appears like these two fellows will be going away for a while.