“So men can have pregnancies, especially trans men” responded Kumar, who is the Medical Director for Primary and Trans Care at Planned Parenthood. 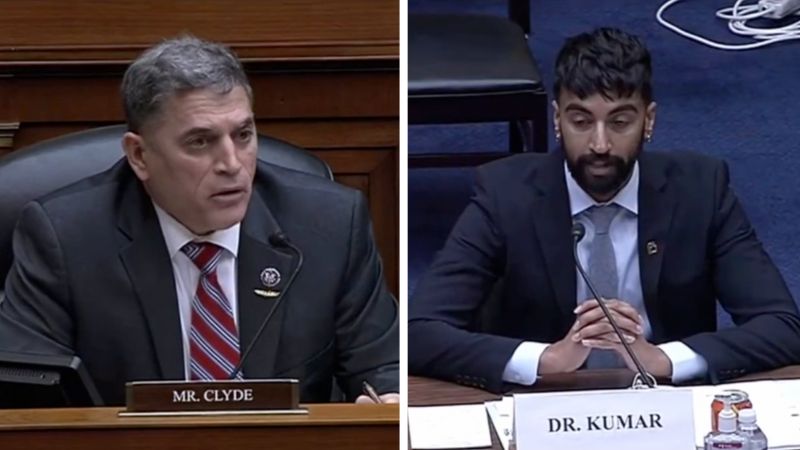 “So men can have pregnancies, especially trans men” responded Dr. Bhavik Kumar, who is the Medical Director for Primary and Trans Care at Planned Parenthood’s Gulf Coast, Houston branch.

“Can biological men get pregnant and give birth? Are you saying that a biological female who identifies as a man and therefore becomes pregnant is, quote, a man? Is that what you’re saying?” pressed Clyde.

“These questions about who can become pregnant are really missing the point. I’m here to talk about what’s happening in Texas,” said Kumar before Clyde cut him off and stated: “This is me asking a question and you answering. I’m asking the question, sir, not you,”

“Right, and I’m answering the question. Somebody with a uterus may have the capability of becoming pregnant whether they’re a woman or a man, that doesn’t make a difference,” Kumar continued. “Not every person with a uterus has the ability to become pregnant.”

“Ok, we’re done,” responded Clyde. “This isn’t complicated. Let me tell you: if a person has a uterus and is born female, they are a woman. That is not a man, and the vast majority of the world considers that to be a woman, because there are biological differences between men and women.”

“Any high school biology class teaches that men and women have different chromosomes: females are XX chromosomes, and males are XY chromosomes,” Clyde explained. “I can’t believe it’s necessary to say this, but men cannot get pregnant and cannot give birth, regardless of how they identify themselves.”

“Why in the world would the Democrats have brought in a person whose title is Director of Trans Care for an abortion hearing?” Clyde asked.

While Planned Parenthood provides birth control and access to abortion, over the last few years, it has become an organization that has switched its focus to providing hormones for transgender-identifying people, starting at the age of 16.

According to Abigail Shrier, “Planned Parenthood is the second largest provider of Gender Affirming Hormone Care” in the US.

Planned Parenthood has long been vocal about its belief that men can get pregnant.