Meng Wanzhou’s lawyers opened a PR front in their client’s defence by sharing contents of a letter they wrote Attorney General David Lametti, urging him to halt extradition proceedings against the Huawei executive. 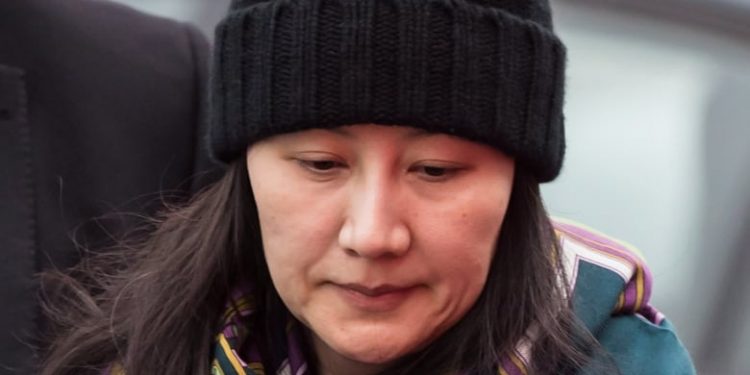 Meng Wanzhou’s lawyers opened a PR front in their client’s defence by sharing contents of a letter they wrote Attorney General David Lametti, urging him to halt extradition proceedings against the Huawei executive.

“Over our history, the Canadian government has stood up for Canadian values, including the rule of law, even in circumstances where this has meant a departure from American foreign policy,” reads the statement, which references Canada’s 2002 decision not to join the second Gulf War.

“Ending the extradition proceedings against Ms. Meng now is entirely consistent with Canada’s commitment to the rule of law, our international treaties and Canada’s independent foreign policy.”

The lawyers also suggest that letting their client go would be in “Canada’s national interests”, an iteration of former Prime Minister Jean Chrétien’s widely reported remarks that such a move would restore ever-deteriorating relations with the communist regime.

The current diplomatic impasse between China and Canada began after RCMP officers arrested Meng on December 1, 2018 while she was transiting through Vancouver International Airport.

Huawei’s chief financial officer remains under house arrest in Vancouver. If extradited, she would face U.S. charges of fraud, wire fraud and conspiracy to commit these offences related to alleged dealings of Huawei subsidiary Skycom Tech Co., which conducted business in Iran.

In apparent retaliation for Meng’s arrest, China detained Canadians Michael Kovrig and Michael Spavor and have since accused the pair of espionage. By March, relations with China further deteriorated after it suspended Canadian canola imports which threaten to strand $2.7 billion, or 40 percent of annual production.

“It would be a very dangerous precedent indeed for Canada to alter its behaviour when it comes to honouring an extradition treaty in response to external pressure,” she told reporters on June 13.

A week later Freeland was back in Washington D.C., this time with Prime Minister Justin Trudeau, where at the close of the two-day visit he told reporters of  “an extended conversation (with Trump) on the situation that  … two Canadians are facing by arbitrary detention.”

Trudeau also said that he respected extradition law between Canada and the United States.

At the Oval Office earlier that day, Trump pledged to lobby China on the detention of Spavor and Kovrig during bilateral talks during the G20 in Osaka, Japan scheduled for June 28-29th.

“I would (speak to the Chinese), at Justin’s request. I would absolutely,” said Trump.

Canada finds itself caught between two economic giants engaged in a trade war, one in which Trump has previously suggested that Meng is a bargaining chip; that he would intervene in her extradition to get a deal.

Adding to complexities insofar as Canada is concerned was Trump’s decision to walk away from the 2015 Joint Comprehensive Plan of Action, better known as the Iran nuclear deal, and reimpose sanctions on the Islamic regime.

Fired by Trudeau at the end of January for giving unsolicited legal opinions to Meng’s defence team via Toronto’s Chinese media, McCallum has since altered his take on the situation.

“I certainly hope that (Trump) can help…the best thing that Trump could do would be to say that he is no longer seeking to extradite Meng Wanzhou,” McCallum told CBC from Beijing where he is consulting for a Canadian law firm.

“Now, I doubt that he will say that. He could ask (Chinese President) Xi to release our hostages. I don’t know what Mr. Trump is going to do. He’s a difficult person to predict.”