Michael Forest Reinoehl, the Antifa militant who shot and killed Trump supporter Aaron Jay Danielson in Portland appears to have stalked and targeted the victim before the shooting. 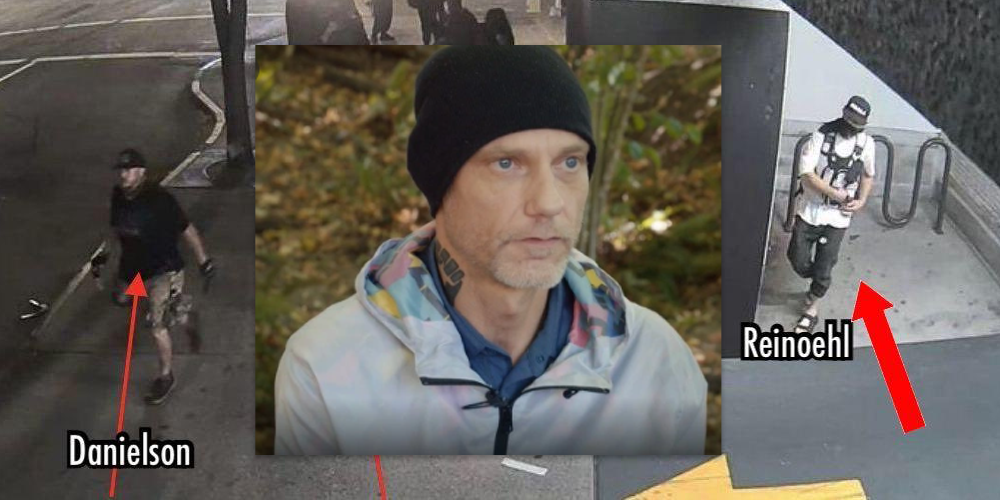 Michael Forest Reinoehl, the Antifa militant who shot and killed Trump supporter Aaron Jay Danielson in Portland appears to have stalked and targeted the victim before the shooting.

“I had no choice,” he said, “I mean, I, I had a choice. I could have sat there and watched them kill a friend of mine of color, but I wasn’t going to do that.”

Reinoehl, a self-described “anti-fascist” who provided “security” for pro-Black Lives Matter protesters in Portland, can be seen stalking Danielson and his friend, Chandler Pappas, from an alcove of a parking garage before he fired two shots, one of which struck Danielson and killed him. The other struck Danielson’s pepper spray canister, according to the police affidavit.

In the surveillance footage, Reinoehl can be seen reaching into his pouch or waistband as Danielson and Pappas walk down the street.

Homicide Detective Rico Beniga wrote in the affidavit that Reinoehl “conceals himself, waits and watches” for the men to pass him before he follows them and shoots them. Investigators added that it looks like Reinoehl held his gun with both hands extended when he fired the shots, after which he kept his right hand extended and pointed at Danielson as the victim ran away from him, stumbled and bled to death.

Danielson, 39, was walking in downtown Portland last Saturday when Reinoehl ambushed him, shooting him in the upper right chest. An autopsy found a single bullet lodged in his back.

Police performing a video investigation using footage captured by livestreamers found that the first shot hit the canister, causing a chemical explosion that was seen as a puff on video. The second gunshot struck Danielson.

The Oregonian reportsthat police found a single Winchester .380-caliber bullet casing on the street, and a damaged canister of “Bear Attack Detector.”

Speaking to police, Pappas said he and Danielson were drinking earlier that evening when Reinoehl and another man confronted them. The other man was also there when Reinoehl shot Danielson.

A witness told police that one of the men—either Reinoehl of his companion—threatened to kill the victim. “We’re going to f**king kill you,” one of the assailants reportedly said.

Another motorist told police that he saw a black man, presumably Reinoehl’s friend, identify Danielson and Pappas by stating “Hey, there’s the guy.”

Reinoehl was killed in a shootout with police following his interview with Vice on late Thursday. A federally led fugitive task force was set up to apprehend Reinoehl, who was given refuge by unnamed collaborators in Lacey, who are now under investigation.

Following his death, police investigating his basement rental unit in Northeast Portland found ammunition of the same caliber as the bullets used in his slaying of Danielson. Police also found clothing he used at the time.

The Oregonian reports that police obtained a warrant to arrest Reinoehl after charging him with second-degree murder with a weapon and unlawful use of a weapon. When they moved to arrest him, Reinoehl spotted them and reportedly engaged in a firefight with police. He was hit multiple times and died at the scene.