Trolls are a bipartisan problem, and we need to know how to deal with them. 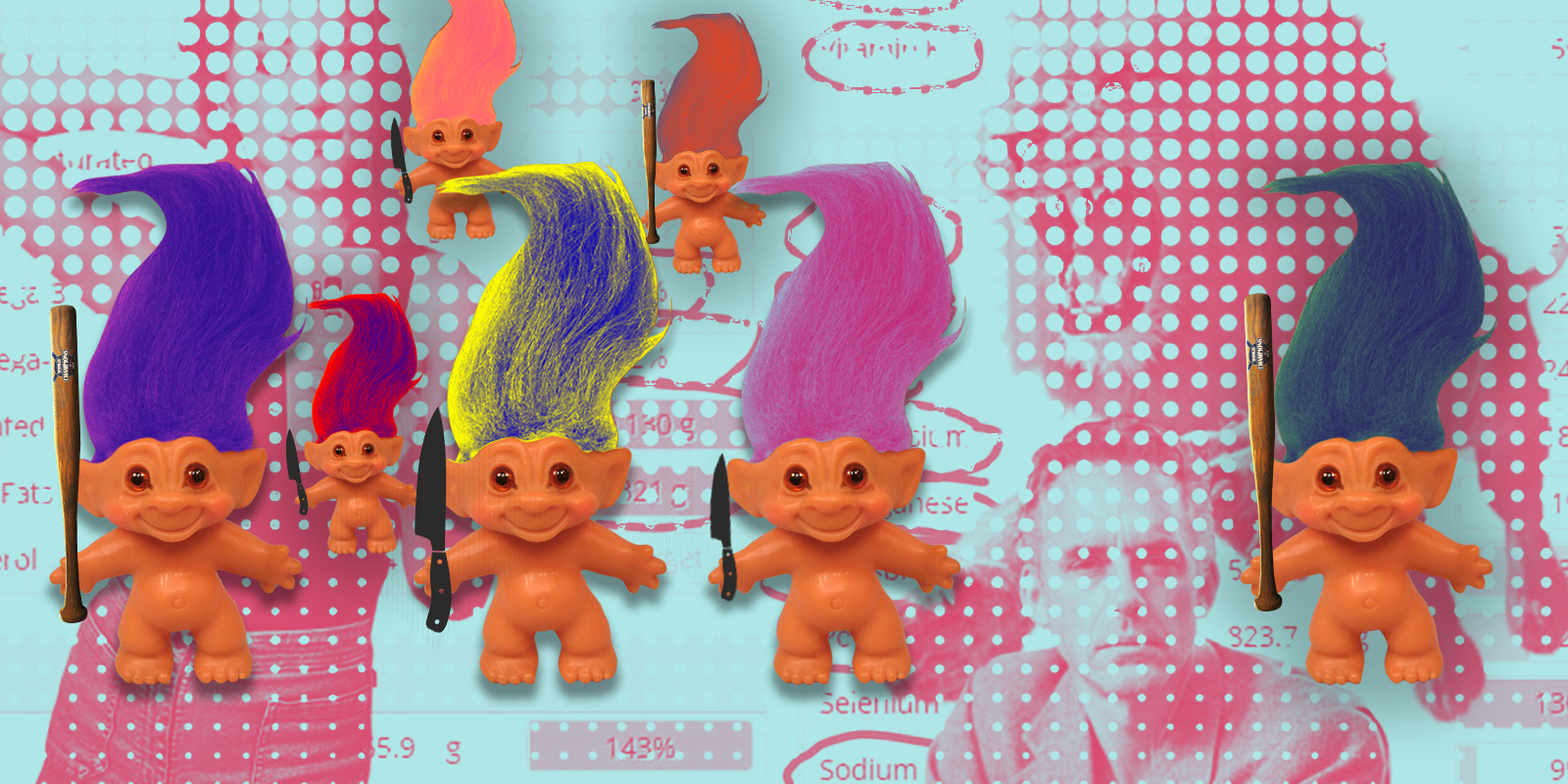 I’m the daughter of Dr. Jordan B. Peterson. I’ve also made a name for myself by promoting an all-meat diet (The Lion Diet) for the last two years. This diet, I believe, healed my medically-uncontrollable autoimmune disease. Hence, I know a thing or two about trolls. Trolls are a bipartisan problem, and we need to know how to deal with them.

It started with my dad when he went viral in 2016 due to his stance on preferred pronouns (Bill C16 in Canada). His principled stance led international notoriety and fame. It was the left that first came after him. The onslaught was an attempt to put him in a box—who was Jordan Peterson? We’ve had the terms alt-right, male-chauvinist, free speech warrior, an anti-trans rights conservative thrown around a lot. Some even compared him to Hitler. None of that was remotely accurate—he just thinks people’s lives would be improved if they told the truth. Most manifestations were online, but some were quite real—we’ve had posters put up around our neighbourhood with a “warning” sign and his face on them.

I wouldn’t call the people who did this trolls. While they were certainly out to harm his reputation, their key driver was fear. They were also devoid of a sense of humour.

Trolls use humour, or most of them do. There are funny ones who tease, ones that make memes, satirical trolls (see Titania McGrath), those who push boundaries, but there are also trolls who see someone struggling and take that opportunity to add in a bit more suffering. There are trolls who are really just damaged individuals, and instead of taking that hurt and thinking, “I’ve experienced pain and the world would be a better place if there was less of that,” they think, “I’ve experienced pain and that wasn’t fair, so everyone else should suffer as I did.”

The left is interesting insofar as they claim to discourage bullying, but there are many vicious bullies among them. My father was attacked without an ounce of humour, initially. After the left had their fill, there was backlash from the right when they realized he didn’t really fit into their box, either. Some just poked fun at my dad—particularly with memes which we quite enjoyed. But there were also those who psychopathically hid behind their keyboards and looked for any sign of weakness to exploit, just because they were bored.

The internet has had a field day with my story, and how could it not? “Single Mother—Daughter of the Custodian of the Patriarchy—Touts An All Meat Diet To Cure Disease.” There couldn’t be an easier target. I had a vegan YouTuber send his 300k+ vegans after me at the same time as a former U.S. comedian with a large (legitimately) alt-right audience, sent his. The barrage of malice and ridicule was overwhelming. I reached a point where I couldn’t laugh it off anymore.

Then someone published a book about my diet claiming to be Jordan and I. It was listed in the Toxicology section of Amazon. Definitely a troll, somewhat annoying, but at least it was a little funny, and brought my sense of humour back. I bought one of the books just to have around. That all happened in a two week period, at the same time as my Dad entered rehab (at least partly due to the stress of being attacked from all angles for the last three years). This is what a well-permeated troll culture can achieve.

So how did we get here? Well, a couple of things have led to this troll culture we live in. The first was the uniting power of the internet. Most people are fairly agreeable, or society wouldn’t function. Disagreeable people (mostly men), being a statistical minority, have a hard time getting along with others, and trolling in real life can have very immediate consequences. However, if you say something provocative online, it’s from behind a screen so there really isn’t much danger. You venture out to different corners of the internet, trolling, until you find your little group with relatively few repercussions. It’s these communities of disagreeable, rather malicious individuals that can self-organize towards attacking a particular person or idea.

The far left has—and still is—trying to shut down our ability to tease each other, and joke in real life. One of the reasons teasing is fun is because it is provocative—a safe means for pushing boundaries. However, the logic of the far left resembles something like “if something is provocative, then it is mean, and if it is mean, it needs to be stopped.”

There’s no nuance. Comedians are getting censored, for God’s sake. Comedians. They’re professional jokers and they’re getting censored. What type of message does that send? That you don’t know have a right to judge what is offensive or non-offensive anymore? For example, I was part of a Facebook group where someone demanded a trigger warning before talking about renovations, just in case someone couldn’t afford to do the same renovations. And they were dead serious. How could a disagreeable person, especially one with a support group not attack that? Hell, I couldn’t even help it, and I was a pregnant woman at the time.

I believe that by striving for tolerance and conformity, the left both bred new trolls and made them much more influential by removing real-world competition. When trolling first started it would have been a few disagreeable individuals, but now anyone with a sense of humour can be considered a troll. Since society can’t handle comedians anymore, we now have trolls to poke fun at us and see how far we can be pushed. Some are funny. Some push too far, but, is it because they are, perhaps, getting pushed themselves? At least partly.

This is what happens when people aren’t allowed to tease each other, and discussions are literally banned. Combine that with digital impunity and a loyal fan club for the most vicious trolls… What do we expect? We can’t really fight back. And you know what? That’s okay. Just like a comedian is defined by the response of his or her audience, so is the influence of a troll defined by the attention they can stir up.

So I’ll end with a few suggestions coming from years of experience dealing with trolls.

Try not to take yourself too seriously. And have a steak.