Baker, 34 was convicted in May after he used the internet to transmit "true threats" to kidnap or injure the pro-Trump protesters. The jury was back with a verdict in only four hours. 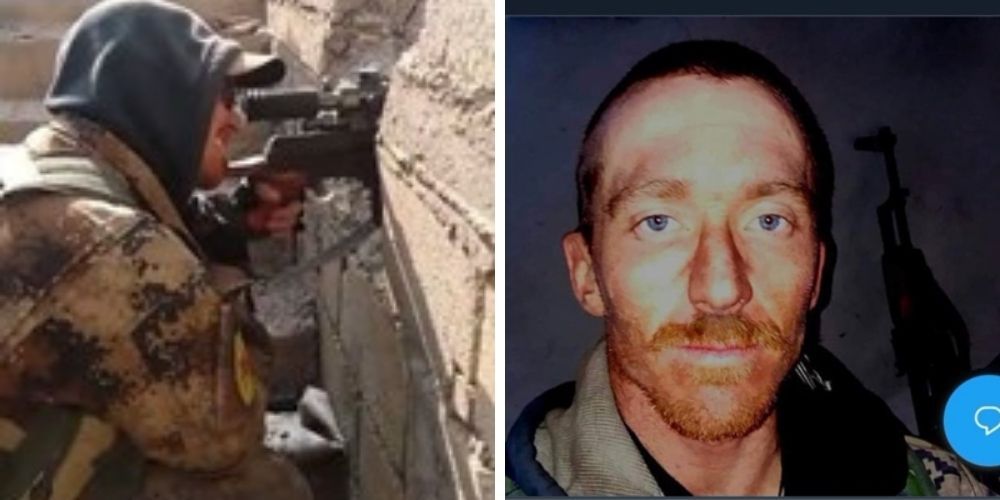 Daniel Alan Baker, a US Army veteran turned Syrian militia member, who attempted to rally far-left activists to surround pro-Trump protesters with guns at the Florida state Capitol in January, was sentenced last week to 44 months in jail followed by three years of federal supervision.

According to the Tallahasee Democrat, Baker, 34 was convicted in May after he used the internet to transmit "true threats" to kidnap or injure the pro-Trump protesters. The jury was back with a verdict in only four hours.

During the trial, the FBI used Baker’s posts on Facebook, Instagram and YouTube to show how he "escalated, indicating a potential for immediate threat during upcoming protests in Tallahassee."

Special Agent Nicholas Marti with the FBI said after the riot at the US Capitol on January 6, Baker posted on social media platforms asking activists to come to the planned pro-Trump protest and circle around the protesters with their guns.

However, Baker may have been involved in even more deadly events.

The Post Millennial revealed in February that Baker was suspected by private security hired by residents and businesses in the zone as well as zone activists of being one of the shooters during the incident. Information on Baker was turned over to the Seattle Police and the FBI at the time and recommended that they investigate his involvement.

Yet, following the shooting, Baker fled the area and began moving around the country from city to city and according to the FBI joined other protests around the country. The US Attorney said, "Baker, who actively participated in multiple protests throughout the United States last summer, has used social media as a way to promote, encourage and educate his followers on how to incapacitate and debilitate law enforcement officers." Before the November Presidential election Baker said on social media, "God I hope the right tries a coup Nov 3rd cuz I'm so f------ down to slay enemies again."

Prosecutors said Baker of Tallahassee, Florida described himself as a "hard-core leftist" who planned to violently confront protesters at the Florida state Capitol on January 17. The arrest triggered Florida Republican Governor Ron DeSantis calling up the National Guard to protect the Capitol, even though there was no "specific threat," nor were formal protests organized for the day, though there had been "chatter" regarding potential protests.

Baker served in the Army in 2006 and 2007 in before being dishonorably discharged. He went AWOL (Absent With-Out Leave), before his unit deployed to Iraq. From 2008 to 2017, Baker was unemployed, homeless and in the Tallahassee area, occasionally working as a security guard.

In 2017, Baker joined a militia group in Syria. The group, the People's Protection Units (YPG), is a sub-affiliate of the Kurdistan Workers' Party (PKK), which was designated a foreign terrorist organization by the US State Department. The group is a combination of revolutionary socialism, Marxism and Leninism and is attempting to create a communist Kurdistan.

The FBI was warned in October that Baker threatened violence and was trying to "recruit and train" "like-minded individuals" via social media to join him in his "anti-government or anti-authority violent extremism ideology." The complaint cited multiple threats against people that Baker deemed to be "white supremacists," "fascists," or even just had opposing political views. According to the complaint, Baker also advocated for killing members of the US military.

US Attorney Larry Keefe said in a video release that "Baker issued a call to arms for like-minded individuals to violently confront protesters gathered at the Florida Capitol this Sunday. He specifically called for others to join him in encircling any protesters and confining them at the Capitol complex using firearms."

Baker’s YouTube page, contained over 80 videos including ones with titles such as "why we kill all nazi scum on their friends" and "help George Soros id these terrorists." The videos included footage of multiple protests, military training and what appears to be Baker's time overseas in combat.

Baker also travelled to Seattle’s "autonomous zone" last summer to be part of the "revolution." Baker was interviewed at the time for an article about the occupation. The article said Baker "seemed disappointed in the lack of violent opposition here."

Baker said in the article, "I told them, if they really wanted a revolution, we needed to get AK's and start making bombs. No one listened to me." While in the zone, Baker posted pictures of himself as a sniper and even said "If they are going to shoot and lynch us for protesting unarmed and peacefully, then we might as well die fighting."

On July 29, while Baker was in the occupied zone, 2 black teens in an SUV were shot and one was killed in the final days of the occupation. Baker claimed to have been providing security for the zone and served as a "medic." He also claimed to have administered aid to the gunshot victims.

From a now deleted Twitter account, Baker claimed that the teens in the vehicle shot at him and other zone security members, but then adds that he tried to de-escalate the situation which he said was started by the occupants of the vehicles throwing fireworks. Gun shots from various types of weapons can be heard on multiple videos of the incident. Witnesses and multiple streamers including Converge Media said that zone security fired at the vehicle. Converge Media referenced zone security being "ex-military." Some of the zone guards were caught on video and audio.

Baker and other members of zone security were accused by fellow activists and militants on social media of shooting at the vehicle. Baker claimed on Twitter that he confiscated weapons found in the SUV after it crashed. Baker then admitted taking the weapons and putting them in the zone "armory." Full details of the incident are not known because police were not allowed access to the until after the crime scene had been tampered with.