According to Lindell, the bank said they're closing his account as a result of "a compliance review." 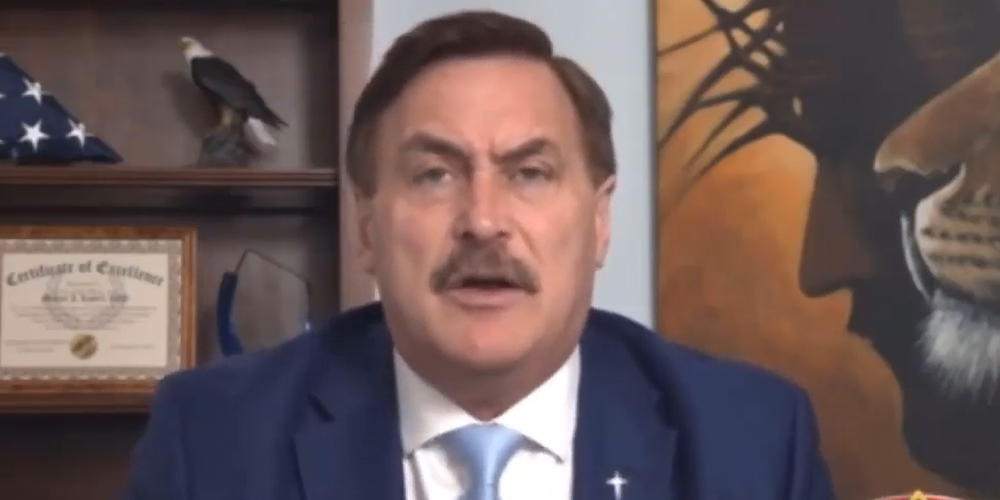 Lindell revealed on the popular Bannon podcast that he "just got served the papers" informing him they're shutting his presence down at the bank.

The closure of his bank account is set to happen by this Friday, Feb. 18th.

"The coward served these papers on Friday afternoon, after the close of business day. They didn't even bother to sign it. It says, 'Respectfully, Minnesota Bank & Trust…' and it puts in here, 'Should the account scheduled be closed with a negative balance on February 18th, a report will be submitted to check systems.'"

The stated reasoning by the bank is said to be "a compliance review," according to Lindell. The MyPillow founder told the viewers on Bannon's program that it was previously because the bank didn't want to be in the public eye. "What cowards," Lindell declared during Monday's appearance. "They're just cowards, unreal."

Lindell also disclosed at the beginning of the year that he faced a subpoena from House Speaker Nancy Pelosi's Jan. 6 committee, demanding his phone records.

Last year, leftist activist groups launched a boycott campaign against Lindell over his public backing that questioned the results of the November 2020 elections.

It has gone as far as having Dominion Voting Systems filing a defamation lawsuit against Lindell the following month, citing $1.3 billion dollars in damages. Litigation in the matter is ongoing.