Police Chief John Quaka said of the murder of 33-year-old Parmvir Singh, "With 27 years in law enforcement, this may be one of the worst ones I’ve ever seen. The victim was literally executed in the back of the head inside his store where he was trying to make a living. " 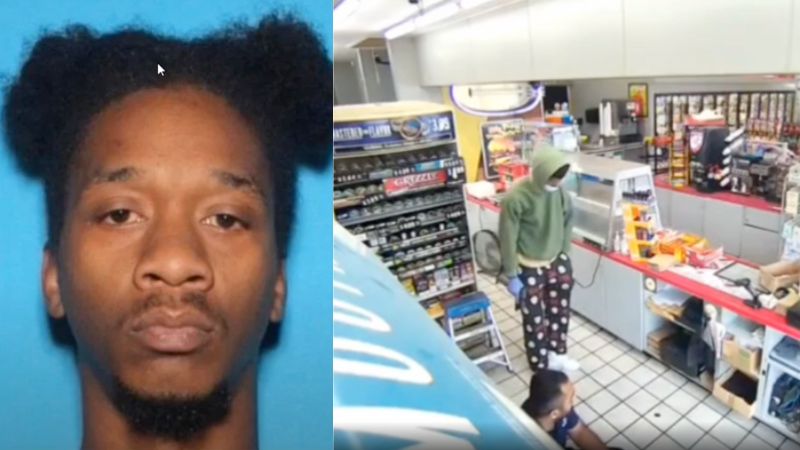 Police Chief John Quaka said of the murder, "With 27 years in law enforcement, this may be one of the worst ones I’ve ever seen. The victim was literally executed in the back of the head inside his store where he was trying to make a living. It is just absolutely outrageous. The prosecutor said it best — 'it’s monstrous.'"

Singh was working as a cashier at a Chevron station at Cliff Gookin Boulevard and South Thomas Street on Sunday morning when the suspect arrived to rob the store. Surveillance footage was recovered which shows Singh complying with Copeland's demands.

At Copeland's demand, Singh handed over the cash register money and opened the safe. Then Copeland ordered the victim to kneel on the floor. He proceeded to hop the counter and shoot the man in the back of the head, in execution-style.

Police arrived to the store at around 9:30 am after reports came in of the injured man.

Authorities identified Copeland, who has an extensive criminal history, as a suspect within hours of the initial call. They executed a search warrant at 1:30 pm at his last known address and soon after Copeland surrendered to police.

Copeland was out on probation and had an outstanding warrant. He'd been charged with burglary and larceny in the past.

According to local NBC news, Copeland was charged with aggravated assault, armed robbery, and violation of his Mississippi Department of Corrections probation at first, but the charges were upgraded after Singh's death.
ADVERTISEMENT
ADVERTISEMENT
CopelandKiller