Montana lawmakers look to designate Antifa as a terrorist organization 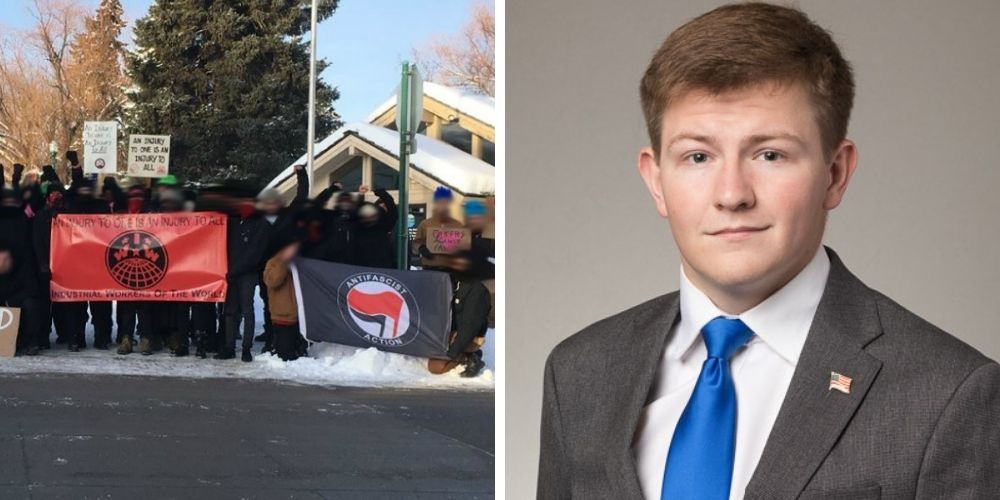 After years of violence brought forth by violent left-wing extremist group Antifa, lawmakers in Montana introduced a resolution that would classify the group as a terrorist organization.

Montana State Republican Representative Braxton Mitchell introduced the resolution to state legislators during a Tuesday hearing in front of the Montana House Judiciary Committee. The intent of the measure is to "send a message that we as a state won’t tolerate a group like this coming into our state," bill sponsor Rep. Braxton Mitchell said.

This is not the first time US lawmakers have sought to label Antifa as an organization of terror. After the death of George Floyd at the hands of the Minneapolis Police Department, former President Donald Trump announced in a tweet that the United States of America will be designating Antifa as a terrorist organization.

Antifa was at the forefront of the violent riots across the US, marching alongside Black Lives Matter.

The state of Montana, which primarily votes conservative, was not a state that experienced violent riots last summer. The freshman lawmaker at just 20 years-old didn’t let that deter him for introducing the legislation.

Mitchell said that the violence he witnessed perpetrated by Antifa throughout his teen years was a factor that encouraged him to seek the terrorist organization designation. Representative Mitchell hopes the resolution will encourage President Joe Biden and Congress to look into labeling the group as a terrorist organization.

Although the bill was originally co-sponsored by 53 lawmakers, 31 Republican lawmakers asked to remove their support after backlash from Montana House Democrats.

Opponents of the bill emphasized that if the state were to designate Antifa as a terrorist organization, the bill should include the violent extremist groups that were involved in the Capitol riot on Jan. 6.

Among those who withdrew their support was House Judiciary Committee Chair Representative, Republican Barry Usher, who said he withdrew his support after Mitchell declined to add other groups to the domestic terrorism designation. Usher said he did not have any specific groups he wanted to add to the bill, but was open to suggestions from other committee members, according to the Herald-Standard.

Mitchell emphasized on the floor of the House Judiciary Committee that the bill's intention is "to combat the spread of all forms of domestic terrorism, including white supremacist terrorism."