Morrissey reflects on 'the horror of 2020' after departure from BMG

BMG should surely be begging for Morrissey's hand for every future release he will produce. For there lies true diversity: committing, with loyalty, to an individual who thrives as completely himself in a sea of conformity. 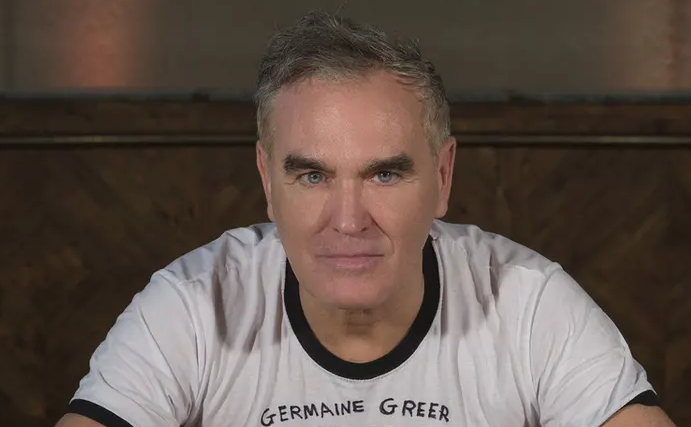 On the artist's website, Morrissey Central, the Brit music legend stated that BMG “do not want another Morrissey album,” and that “instead, the new BMG Executive has announced plans for 'diversity' with BMG's artist roster.... all projected releases and reissues have been scrapped.”

Morrissey has been with the record label since 2017, when he signed with them for the release of his album Low in High School. Releasing a further two projects – California Son and I Am Not A Dog On A Chain – the artist achieved top five chart success with the trio of releases under BMG.

Plans had been underway for BMG to release remasters of several of Morrissey's previous albums, including You Are The Quarry and Years of Refusal. The future of these projects are uncertain at this time.

Morrissey himself said, “My three albums with BMG have been the best of my career, and I stand by them till death. Recording them has been a pivotal period in my life, and I thank the previous BMG team and everyone involved for that.”

Does true diversity exist in the music world? The music industry is known for its ageist approach to veteran music icons, with most artists over the age of 50 struggling to get the airplay they were once afforded earlier in their career. How many times has a respected, long-standing musician with a dedicated fanbase released a record which charts high but slips under the radar of public consciousness, due to the labels lack of promotional support?

Time and time again the labels have shown they are only interested in pushing the latest “flavour of the month” - seemingly content with the steady, guaranteed sales of older, more accomplished artists, but unprepared to lift a finger to further promote their newer work.

Hartwig Masuch of BMG stated, back in June 2020, that he would be striving for stronger “diversity” within the label. The irony of BMG preaching the virtues of diversity whilst predictably withdrawing support to an accomplished legend of the industry seems to be lost on its CEO. True diversity – not just the current “fashionable” kind – should rightfully include support of our veteran artists who have been providing quality releases with careers that span decades, who stumble again and again against the closed door of mainstream exposure and airplay. One only has to look at the singles chart today to realize that, in fact, artists like Morrissey are the ones continually underrepresented.

It is in this current climate of political correctness and the continuing incessant ramblings of the social media 'thought police' that we find ourselves clinging to figures like Morrissey all the more – for in him we find the true treasure of diversity: openness, intelligence and a fierce passion for freedom of speech.

Whilst the world and the media strive to reduce everyone to a bland nothingness with nothing of note to offer, BMG should surely be begging for Morrissey's hand for every future release he will produce. For there lies true diversity: committing, with loyalty, to an individual who thrives as completely himself in a sea of conformity.

Never before has giving a platform to artists like Morrissey been so vital.