73-year-old Frances Vanterpoole also said that "The police is supposed to be on them trains" and "It’s your fault my child is dead. The city of New York is responsible for all the things that’s happening on the subway." 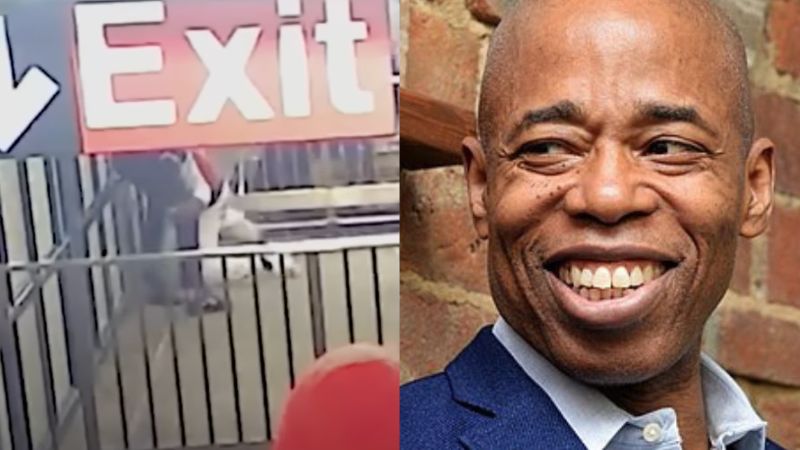 The mother of 36-year-old Charles Moore, the father and youth basketball coach who was stabbed to death on October 7 in the subway in the Bronx, said NYC Mayor Eric Adams needs "to get his a** whipped" for his handling of her son's death.

According to the New York Post, 73-year-old Frances Vanterpoole also said that "The police is supposed to be on them trains" and "It’s your fault my child is dead. The city of New York is responsible for all the things that’s happening on the subway."


Vanterpoole also said authorities "failed" her when they did not notify her about her son's death as she discovered the grisly details from a neighbor. "You ain’t going to come tell me about my baby? He has no criminal record. He worked. This is why [Adams] need to get his ass whipped. You did that wrong to me."

Vanterpoole's son worked a maintenance job at Citifield and was traveling home when he got into a fight with suspect Saquan Lemons, 27, around 10:30 pm last Thursday. Surveillance video shows a northbound 4 train stopping at the E. 176th St. and Jerome Ave. stop in the Morris Heights part of the Bronx.

The two men were already embroiled in a scuffle when Lemons pulled out a large knife and stabbed Moore, who was 6' 1" and weighed 240 lbs, in the lower back and chest. Responders brought Moore to St. Barnabas Hospital, where he died.

The Daily News reported that soon after the attack Vanterpool said, "Chuck never had a chance."

"He stabbed up my baby all up in the back and the chest. My son has never had a criminal record. He’s a hard worker, a quiet man, on his way home from work," Vanterpool said. "I screamed and I fell out when I saw the video. I screamed, 'My son! My son!'"

Moore was a father to an 8-year-old girl, Charly, and worked two jobs to support his family. He worked in Citfield’s luxury boxes as a maintenance worker and worked a second job in security.

Moore also was a youth basketball coach for the city’s Police Athletic League. His mother said, "Children loved him. We just told his daughter. It was difficult. We really didn’t know how to tell her."

Lemons was arrested on Saturday and charged with murder, manslaughter, and criminal weapons possession. According to the New York Post, Moore's mother said, "I hope God bless his soul because he has to pay for this. I will be at every court appearance. You’re going to pay for this. You took my child’s life, you took my life. You took [Charly’s] life."

"Why are you walking around with a knife? You are out to harm somebody. He’s lucky the police got him," she added.

Moore was called "a gentle giant" by his community and mourners visited his Belmont apartment Friday night for a vigil.

As The Post Millennial has reported NYPD crime is up 34.4 percent across New York City and has been surging at rates as high as 50 percent since 2020. Subway crime alone is up 42 percent this year.

Felony assaults in New York are up 17 percent.