In response to the Antifa violence which hospitalized prominent journalist Andy Ngo, Truscello is seen apparently defending the attack. 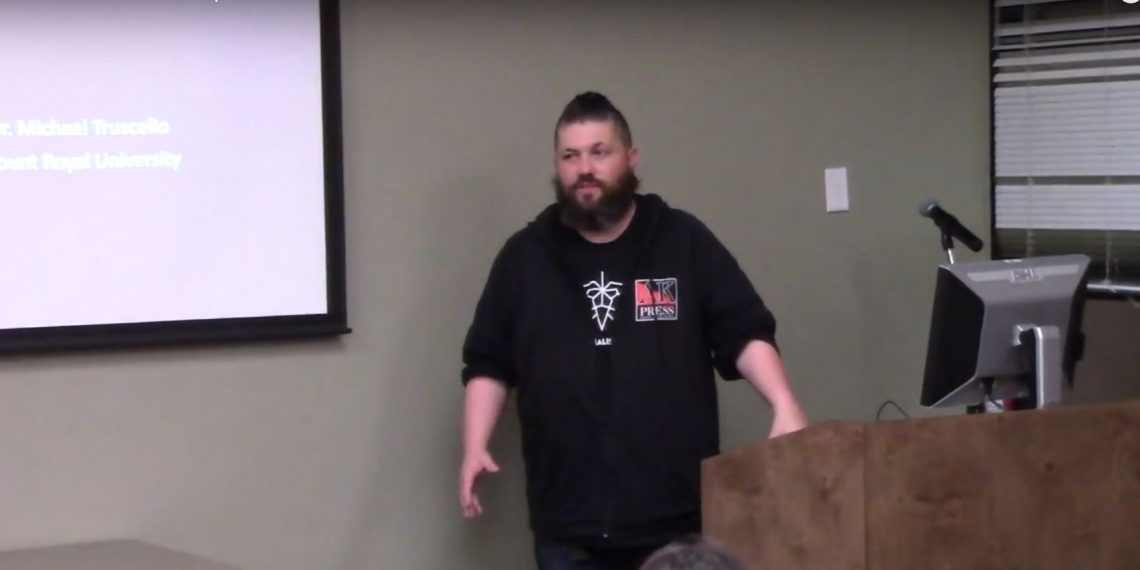 An English professor at the Calgary-based Mount Royal University took to Twitter and advocated for the murder of the “bourgeoisie.”

As defined in Marxism, the bourgeoisie can refer to the middle or upper-middle classes who reinforce capitalism.

The tweet is by Associate Professor of English and General Education Michael Truscello.

According to salary disclosures by Mount Royal (from which Truscello is curiously absent from), associate professors at the school earn anywhere from $80,000 a year to well over $100,000 a year.

Truscello who openly associates with symbolism associated with far-left extremists Antifa has written many academic papers on the topic of anarchism and far-left politics. According to his Rate My Professor rating, which is less than stellar, some students have described Truscello’s teaching style as someone “more interested in teaching his personal opinions.”

The tweet comes on the heels of escalating violence and terrorism from far-left extremism which has been justified by various mainstream journalists and academics as reported on here at The Post Millennial.

In response to the Antifa violence which hospitalized prominent journalist Andy Ngo, Truscello is seen apparently defending the attack.

The Post Millennial reached out for comment from Truscello’s employer and the President of Mount Royal University Tim Rahilly for a statement on his comments but has received no reply.