"There is a genocide happening right now. Right now, as I speak this message." 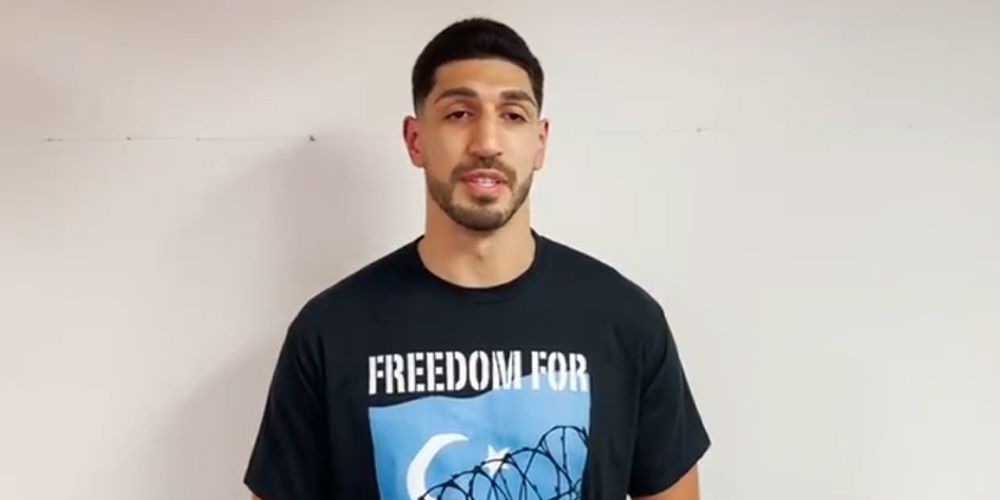 An NBA player for the Boston Celtics decided to double down on his Free Tibet commentary from earlier this week by highlighting the plight of the Chinese Uyghur Muslim people in Xinjiang.

The Biden administration so far this year has mostly sidestepped the treatment of Uyghurs in China. Joe himself brushed it off as a "cultural norm" while elsewhere in places like the United Kingdom the genocide has been formally recognized.

Enes Kanter posted the following video to Twitter on Friday while the public spotlight was on him for earlier criticisms of the CCP.

"There is a genocide happening right now. Right now, as I speak this message. Torture. Rape. Forced abortions and sterilizations. Family separations. Arbitrary detentions. Concentration camps. Political re-education. Forced labor. This is all happening right now to more than 1.8 million Uyghurs in the Xinjiang region in northern western China. Uyghurs are a Turkish - Muslim ethnic group, native to the Uyghur region. The Chinese government has been taking sweeping measures to crack down on the Uyghur people. Simply because they embrace their own religion, their own culture, language, history, and identity."

"The Uyghur region has become an open air prison and surveillance state where freedoms are non-existent for the Uyghur people," the NBA player said. The abuses that take place in these camps have been reported by mainstream media this year.

Enes Kanter explains that the Chinese government’s qualifications for punishment included things like trying to apply for passports or talking to anyone overseas.

An ISIS-K suicide bombing at a Shiite mosque in Kunduz, Afghanistan earlier this month was carried out by a Uyghur who wanted to highlight the Taliban’s capitulation into cooperation with the Chinese Communist Party.

"It is so disappointing that the governments and leaders of Muslim majority countries are staying silent while my Muslim brothers and sisters are getting killed, raped, and tortured. I’m talking about you, Pakistani Prime Minister Imran Khan, Saudi King Salman, United Arab Emirates  Mohammed bin Zayed, Iranian President Ebrahim Raisi. It’s shameful and sad how we have decided to prioritize money and business with China over human rights. You call yourself Muslims, but you are just using that for show."

He asks the world why other Muslims aren’t speaking up.