On China's Uyghur genocide, Kerry says, "Well, life is always full of tough choices in the relationship between nations." 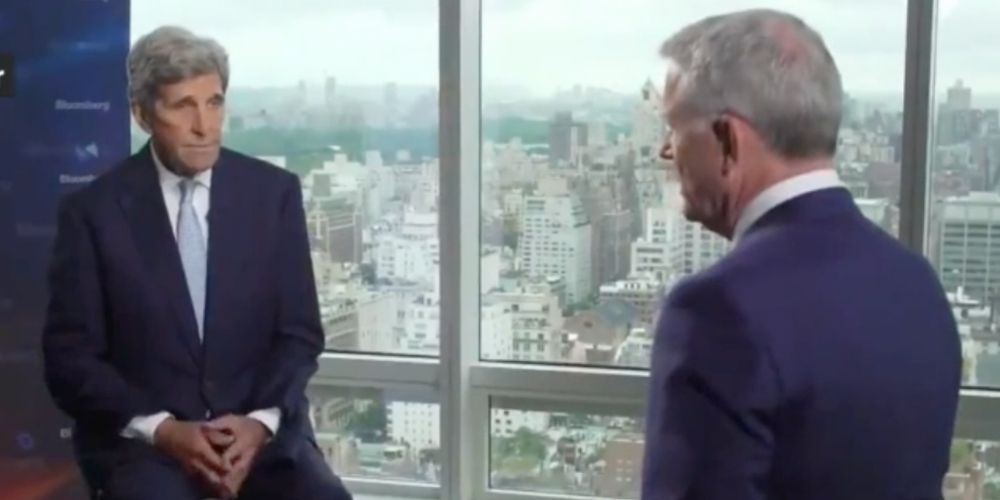 In an interview with Bloomberg on Wednesday, United States Special Presidential Envoy for Climate John Kerry was pressed on how the US could justify working with China on climate change in light of its egregious acts against the Uyghur people.

"Another issue related to China is importing panels because a priority of the Biden administration is addressing climate — but it’s not the only priority. There are other things that as well, such as the Uyghur situation in the west," said Bloomberg's David Westin

"What is the process by which one trades off climate against human rights?" he asked.

"Well, life is always full of tough choices in the relationship between nations," Kerry justified.

His brief statement follows a similar sentiment expressed by Speaker of the House Nancy Pelosi last week, who stressed that despite the wrong actions the country is doing, the US must work with China to address climate change.

"We've always felt connected to China, but with their military aggression in the South China Sea, with their continuation of genocide against Uyghurs in Xinjiang province, with their violation of the cultural, linguistic, the religious priority of Tibet, with their suppression of democracy in Hong Kong, and other parts of China as well," Pelosi told the Cambridge Union Society.

"She continued: They're just getting worse in terms of suppression and freedom of speech..."

Pelosi reiterated they need to work together on climate change despite those ongoing concerns.

"Climate is an overriding issue. And China is the leading emitter in the world," she said. "The US is too in the developed world. But we must work together."

Former US Secretary of State Mike Pompeo officially declared China's treatment of Uyghurs in East Turkestan to be "crimes against humanity" and a "genocide" in early January of this year.

The US has become the second country to describe China's policies against Uyghurs as a genocide, following in the footsteps of Canada's Parliamentary Subcommittee on International Human Rights which designated China's conduct as a genocide in October.

"[This] is the largest mass detention of a minority community since the Holocaust," the committee declared.

The Chinese government has detained millions of Uyghurs in concentration camps in the northwestern end of the country. They subject detainees to forced labour, cultural reprogramming, forced sterilization, torture, and a variety of other human rights abuses.

"The central principle of Xi Jinping is that there must be a united, tightening control in China, and he uses his rationale for the things he does based on that. I point out to him, no American president can be sustained as a president if he doesn’t reflect the values of the United States..."

Biden added: "Culturally there are different norms in each country and their leaders are expected to follow."