WATCH: Nancy Pelosi calls Trump supporters a 'cult' and says the GOP is bad for America

Accepting her honorary membership to the British union, Pelosi slammed her opposition in front of a Cambridge University audience. 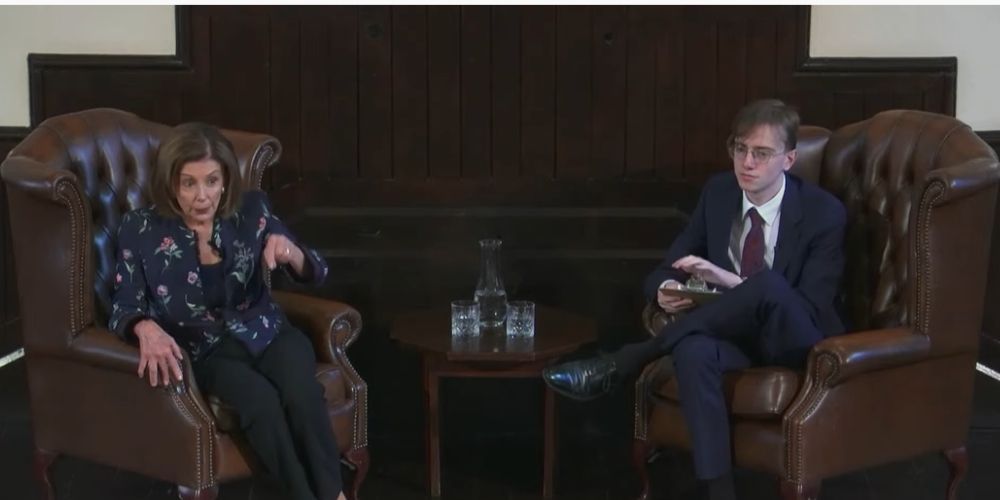 Speaking to the Cambridge Union Society, House Speaker Nancy Pelosi called Republicans a "cult" and stated the GOP is bad for America. Accepting her honorary membership to the British union, Pelosi slammed her opposition in front of a Cambridge University audience.

"I'd say to my Republican friends, and I do have some, take back your party, you're the Grand Old Party of America, you've done wonderful things for our country, you're now been hijacked by a cult that is just not good for our country, take back your party, do not let it be dominated by those who want to suppress the vote because they have no positive message to win," Pelosi said.

Speaker Pelosi also spoke on China. "We've always felt connected to China, but with their military aggression in the South China Sea, with their continuation of genocide against Uyghurs in Xinjiang province, with their violation of the cultural, linguistic religious priority of Tibet, with their suppression of democracy in Hong Kong, and other parts of China as well. They're just getting worse in terms of suppression, and freedom of speech..."

Speaker Pelosi then pivoted to the necessity of working with China on the greater threat of climate change, setting aside the genocide of the Uyghurs in the process: "We have to work together on climate. Climate is an overriding issue. And China is the leading emitter in the world, US too in the developed world. But we must work together. So we have to have a level of communication on whether it's COVID, whether it's terrorism, whether it's climate, we still have to have some communication and dialogue with China on that."