'My body, my choice' is a hollow refrain after vax mandates and gender identity indoctrination

I am an old school liberal. I believe in protecting the free speech rights of those you disagree with. It is and must remain an essential American value. 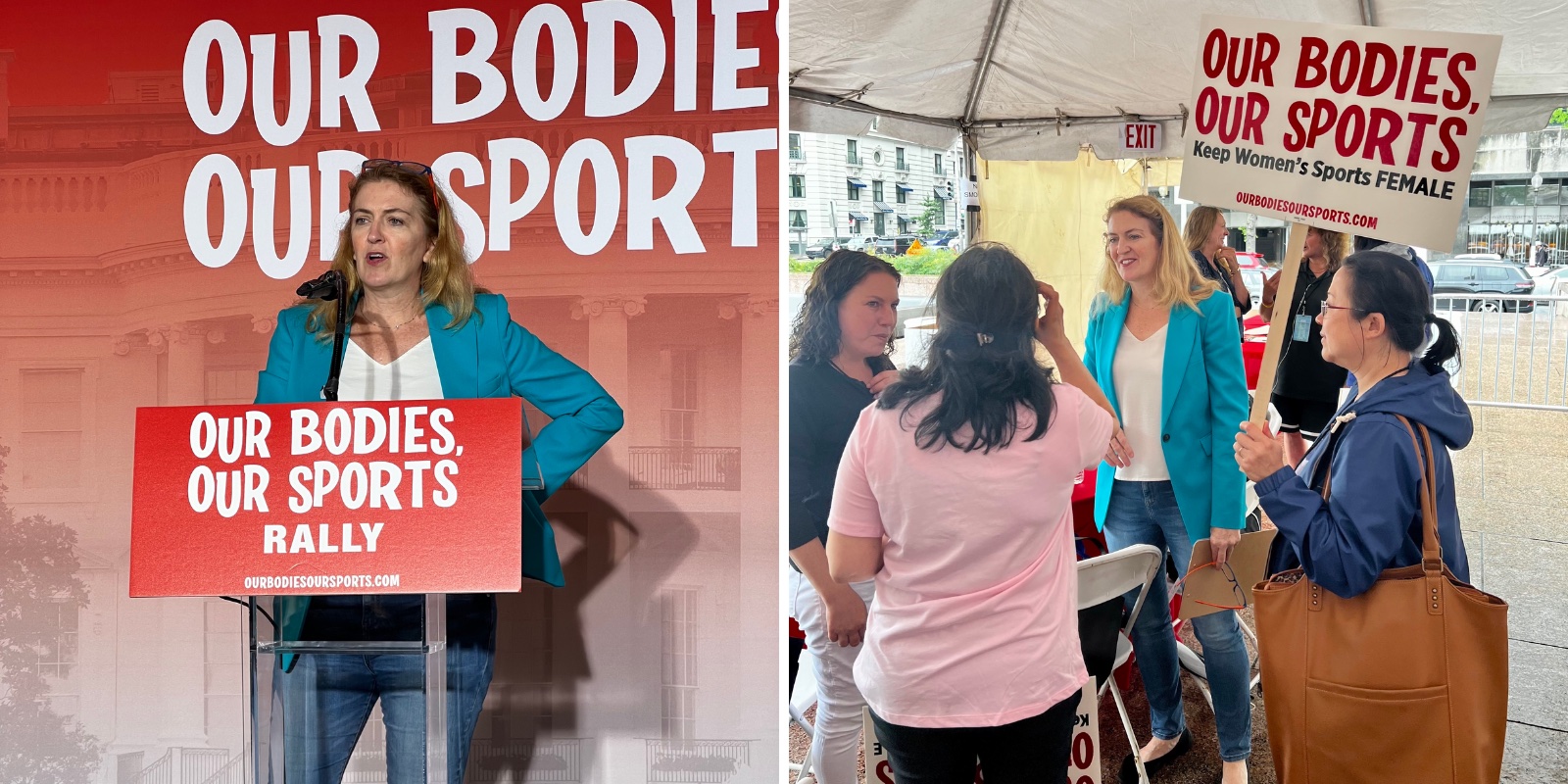 I could hear the pro-choice protestors as I read a bedtime stories to my 6-year-old son. As a lifelong Democrat and pro-choice feminist, I knew that just a few years ago I would have joined them.

But a few things stopped me. One is that this is a fight New York has already settled. Roe v. Wade has been codified in NYS law since 2019, and as the Supreme Court returned the question of abortion to the states, New York voters had already made their decision. No New Yorker lost abortion access because of the Dobbs decision.

The mantra of "my body, my choice" that I heard filtering through the windows rang shockingly hollow after years of unconstitutional vaccine mandates issued by federal, state, and local leaders that stole bodily autonomy from my family, and from so many others. I have been barred from entering my children's school for sports games or graduations unless I showed proof of a vaccine— a vaccine that neither prevents me from contracting Covid or transmitting it to others.

And the same people that demand that women have abortion access as the same ones that can't or won't even define what a woman is. In fact, I was protested by trans rights activists and publicly attacked by NYS and NYC elected officials for standing up for women's rights to fair competition in sports and the right to name their sex during the same week that the Dobbs decision was handed down.

I know that only women can become mothers. But as a NYC Democrat, running in a Congressional primary I am supposed to pretend that men can get pregnant. I am supposed to acquiesce to language about "birthing people," erasing mothers, and erasing women from conversations that are entirely about them.

The Biden administration last week proposed changes to Title IX, the civil rights law that bars discrimination based on sex. Their proposed changes are in response to trans activists who want to replace the protected classification of biological sex with that of gender identity so that men who want to be women will be treated as though they are women. Women lose out under this reformulation.

I spoke at a women-organized and led rally in DC to protest these changes. A loud group of trans rights activists showed up with whistles, sirens and clappers to literally silence us. They did not want to hear the young female athletes, radical feminists, lesbians, moms, lawyers and coaches assert that girls and women's sports should be based on biological sex and not gender identity.

Also this past week here in NYC, NY State Senator Brad Hoylman and NY City Council member Eric Bottcher took to the public square of Twitter to bully me out of the PTA election at my kindergartener's school because they disagree with me about protecting all women's rights.

Last year I wrote about Attorney General Garland investigating parents like me who speak up at school boards to protest educational policies we disagree with. The moral failing of siccing the FBI on parents disgusted me, but using government positions to attack public school parents whose politics you dislike apparently inspired my critics.

State Senator Brad Hoylman wrote and publicly posted "...parents: We have a responsibility to reject this self-avowed transphobic candidate for the PTA…." City council member Eric Bottcher piled on, "[a] transphobe should not be elected to a public school PTA, let alone…during Pride Month!"

A State Senator and City Councilmember weighed in on a PTA election to tell a woman and a mother that women don't exist unless males are included in that category. Two elected men publicly attacked a mother because they don't like the fact that she insists on women's rights— such as the right to use the word women to refer only to the biological sex class, the right to single sex female sports, and the ability of young lesbians (and all young people) to make it to adulthood with their bodies in tact. This the new liberal progressivism, and I won't stand for it.

I am an old school liberal. I believe in protecting the free speech rights of those you disagree with. It is and must remain an essential American value.

I am not inclined to silence. But so many other parents see what happens to me when I speak up and they decide silence is best for them. The result is that radical ideologies go unopposed, in our schools and workplaces, because few people are willing to say what they actually think for fear of backlash.

Senator Hoylman and Councilmember Bottcher support a radical trans activism that insists "trans women are women," resulting in the destruction of female sports, the housing of men— including rapists— in women's prisons and domestic violence shelters, and opens the floodgates to hormonal and surgical procedures on self-identified trans children.

I am a New York City mom with four children in public schools. I do not consent to anyone teaching my children that "gender identity" exists. I have yet to hear a coherent definition that does not involve gender stereotypes, most of which are regressive and homophobic. "You want to play with dolls and have long hair? You're a girl! You want to wear pants and climb trees? You're a boy!" This is the messaging from a trans agenda that claims to blow up gender stereotypes while etching them onto the bodies of our youth.

Women's rights are worth fighting for and in need of protection right now. If you can use the word women to stand up for women's reproductive freedom, you should be able to use the same word to stand up for girls and women's sports, for incarcerated women's safety, and for gender-non conforming kids— many of whom are gay— who should not be told they are "born on the wrong body."

I will stand for New Yorkers, for real bodily autonomy for women, children, and teens, and as a mom, I will not back down from this fight.