Following the devastating tornados that ripped through a multitude of states last week, the CEO of MyPillow, Mike Lindell, announced that he would be donating over 10,000 pillows to those in Kentucky. 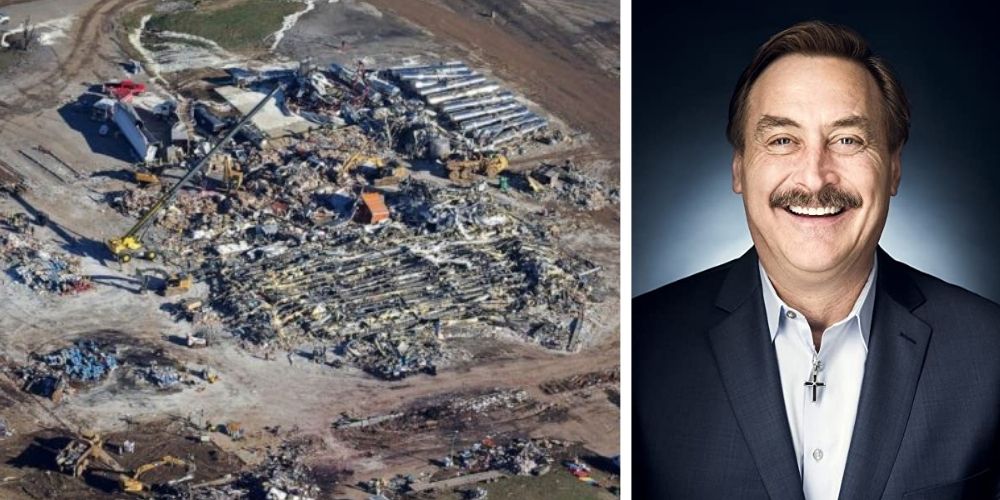 Following the devastating tornados that ripped through a multitude of states last week, the CEO and founder of MyPillow, Mike Lindell, announced that he would be donating over 10,000 pillows to those in Kentucky.

"Mike Lindell and MyPillow.com will be donating over 10,000 MyPillows to the tornado victims in Kentucky. They will be distributed on Christmas Eve," according to Human Events editor Jack Posobiec.

On December 10, over 30 30 tornadoes were reported to have ripped through Arkansas, Illinois, Kentucky, Missouri, Mississippi and Tennessee.

Kentucky saw a historic tornado which traveled more than 220 miles through the state, with 75 people being reported dead so far as the state processes through the rubble.

The number of tornadoes that touched down in less than 24 hours was a historic level of activity, with the number coming close to the average amount of tornadoes experienced in the US during a whole year. In the previous year, there were only 18 tornadoes in total compared to 66 in 2018.

President Joe Biden visited the Kentucky town of Mayfield on Wednesday to survey storm damage, and assured those affected by the tornadoes that "The government is going to cover 100 percent of the cost."