Nancy Pelosi can't tell the difference between Ukraine and Iraq

House Speaker Nancy Pelosi, President Joe Biden, and former President George Bush have all made public gaffes confusing the 2022 Ukrainian conflict with the 2003 War in Iraq 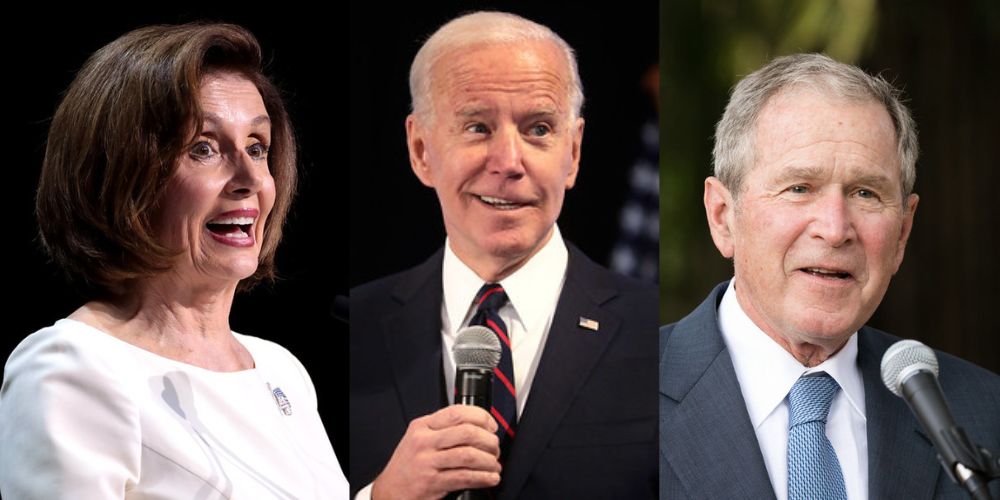 House Speaker Nancy Pelosi was recently seen on video confusing Iraq with Ukraine, as she listed areas in American life that have caused recent economic restrictions.

"We have the war in Iraq, we have Covid," she was heard saying in a clip.

The gaffe, which she did not catch or correct, marks a trend in which American leaders born in the 1940's cannot distinguish between America's 2003 Iraq War and Russia's 2022 invasion of Ukraine. 82 year old Pelosi joins former President Bush, who is 75, and current 79 year old President Biden in the pattern of substituting Iraq for Ukraine when discussing the current conflict.

In February of this year President Biden said, "and there is no way we were ever going to unite Ukraine...I mean excuse me Iraq...Afghanistan." Biden's slip not only conflated the Ukraine conflict for the Iraq War but managed to use both as substitutes for his withdrawal from Afghanistan.

The consequences of this rapid withdrawal lead to the Taliban taking over almost immediately, and returning the country to an oppressive state, and becoming an ally to America's geopolitical rival China.

In May of this year, former President George W. Bush spoke of Russian President Vladimir Putin's Ukrainian invasion of Ukraine as "the decision of one man to launch a wholly unjustified and brutal invasion of Iraq. I mean, of Ukraine."

Bush's gaffe was especially controversial as it tacitly acknowledged that Americas's 2003 invasion of Iraq under his presidency could be viewed as an unjustified response to the 2001 9/11 terror attacks.

The neocon wing of the Republican party, of which Bush is a member as well as his former Vice President Dick Cheney and his daughter, current Congressional Representative Liz Cheney, share much with current Democratic leaders, such as Pelosi and Biden, in the support of foreign wars.