Naomi Wolf was destroyed by her research bias

Wolf was, in part, done a disservice by her editors, publisher, and their staff for no one having done the due diligence to check this thing out. More importantly, she was done in by her impulse to believe her theory with the support of only the most basic research. 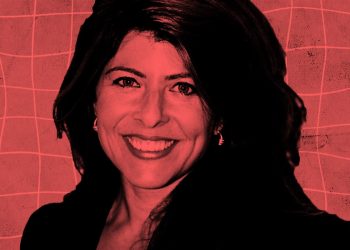 Naomi Wolf went on Matthew Sweet’s BBC show Sounds to promote her new book Outrages: Sex, Censorship and the Criminalisation of Love, but she wasn’t expecting the entire premise of the book to be taken apart, and she for sure wasn’t expecting it to have it happen in a few short minutes.

The book is about the poet John Addington Symonds, and the increased prosecution of homosexuality in the 19th century and onward, resulting in contemporary pervasive homophobic views. But it kind of doesn’t matter if she’s right or wrong, because she misread the research rather dramatically.

Wolf’s claim is that backlash against homosexuality in the late 1800’s was about curtailing behaviour and speech, toward the emergence of homophobia. She believes that this was because “parliamentarians and gatekeepers sort of created a fake moral panic around what we would call gay sex, gay male sex, in order to distract attention from very effective first wave feminist scrutiny of heterosexual men’s misdeeds.”

Matthew Sweet draws Wolf through the narrative, and her research, leading up to the bombshell. He asks about her subject, Addington, and the penalties for sodomy. Wolf says “I found 14 kids, 11 year olds, 12 year olds, 13 year olds, sentenced to hard labour, for y’know decades, transported, executed, at the Old Bailey.”

She speaks about the change in attitudes surrounding homosexuality. “Suddenly there was, as the historian Scott Long calls, a moral panic, around sodomites, and sodomy, and the coinage of the tenor of aversion toward homophobia that we inherit today. And then you see, for the next 30 years, sentences growing and growing in extremity, consensual male couples being arrested in couples, being brought in… sodomy is moved from the category of minor offenses like sheep stealing and coin clipping to rape, arson and murder. It’s tried by magistrate instead of by jury of your peers, so you’re must more likely to be sentenced by a stranger from another social class, and you get these mass arrests.”

“Exactly,” she says. Wolf details her research as those documents of arrests and sentenced from the Old Bailey and “regional crime tables in national newspapers.”

“So who was executed?” Sweet asks.

Wolf answers:  “After 1857 with the introduction of penal servitude, and the crackdown on this ‘vice,’ and the new kind of discourse that said that man’s sex with that other man threatened my nuclear family, which is a completely new idea, you get sentences, like I mentioned, of penal servitude for 10 or 15 years, and I found like, several dozen executions, but again that was only looking at the Old Bailey records and the crime tables.”

“Correct,” Wolf says. “And this corrects a misapprehension that is in every website, that the last man was executed for sodomy in Britain in 1835.”

“I don’t think you’re right about this,” says Sweet. “One of the cases you look at that’s salient in your report is Thomas Silver.” He reads from her book the details Silver’s trial. “Fourteen year old Thomas Silver was actually executed for committing sodomy. The boy was indicted for an unnatural offense, guilty, death recorded. This is the first time ‘unnatural offense’ entered the Old Bailey records.”

The sound of pages turning is audible in the recording as Sweet refers to his own notes. “Thomas Silver wasn’t executed. Death recorded—I was really surprised by this—‘death recorded’ is what’s in I think most of these cases that you’ve identified as executions. It doesn’t mean that he was executed. It was a category that was created in 1823 that allowed judges to abstain from pronouncing a sentence of death on any capital convict who they considered to be a fit subject for pardon. I don’t think any of the executions you’ve identified here actually happened.”

Wolf sounds shocked when she asks what Sweet thinks “death recorded” means, but Sweet has read the definition from the Old Bailey records, the same records that Wolf used as the data for her entire book.

This is entirely damning, and pretty awful. To have the basis for your research for a book you’re on air to promote be discredited on BBC radio would be a crushing blow for any author.

This brings into question not only Wolf’s book, and her research method, but the standards of publication. Wolf’s argument, that homosexuality used to be not considered such a bad thing by society, but increased in public and legal shamefulness to bring us to the hate filled morass of contemporary society, fits in nicely with our idea that our human ancestors existed in some kind of paradise where our natural urges toward love, joy, and play were nurtured.

She noted earlier in the interview that it’s essential “to warn people about not reading historically backwards to our current understanding of sexual identity,” but that’s exactly what she’s done. In wanting to prove her theory, she did not question the assumptions she made about her research discoveries.

Where were the editors and fact checkers? Writers have much of the burden to get everything right, and when they’ve got a thesis, and find research to back it up, they are free to run with it without anyone stepping up and asking questions. Scientists have peer review, writers have publication deadlines.

In the new literary marketplace, where departments are stripped down, writers are out there on their own, trying to make sure everything is clear, well told, and accurate. But accuracy, for historical books like this, needs to be a team effort. That’s why there were editors, fact checkers, and people who looked into this stuff. With all the cuts, those people barely exist.

Writers find the idea for the story, come up with the hook, do the research, then write it, with a focus on story and narrative, making it readable and interesting, consideration for clicks or sales, wanting readers to be engaged. The risk of messing up is high, and when writers make mistakes, it’s not the outlet or the publisher that takes the heat, but the writers themselves.

Wolf was, in part, done a disservice by her editors, publisher, and their staff for no one having done the due diligence to check this thing out. More importantly, she was done in by her impulse to believe her theory with the support of only the most basic research, which was handily discounted by a BBC reporter in preparation of a 15-minute interview.