NBC contributor Noah Berlatsky is the Communications Director for Prostasia, a not-for-profit group that is reportedly attempting to legitimize pedophilia under the guise of helping children. 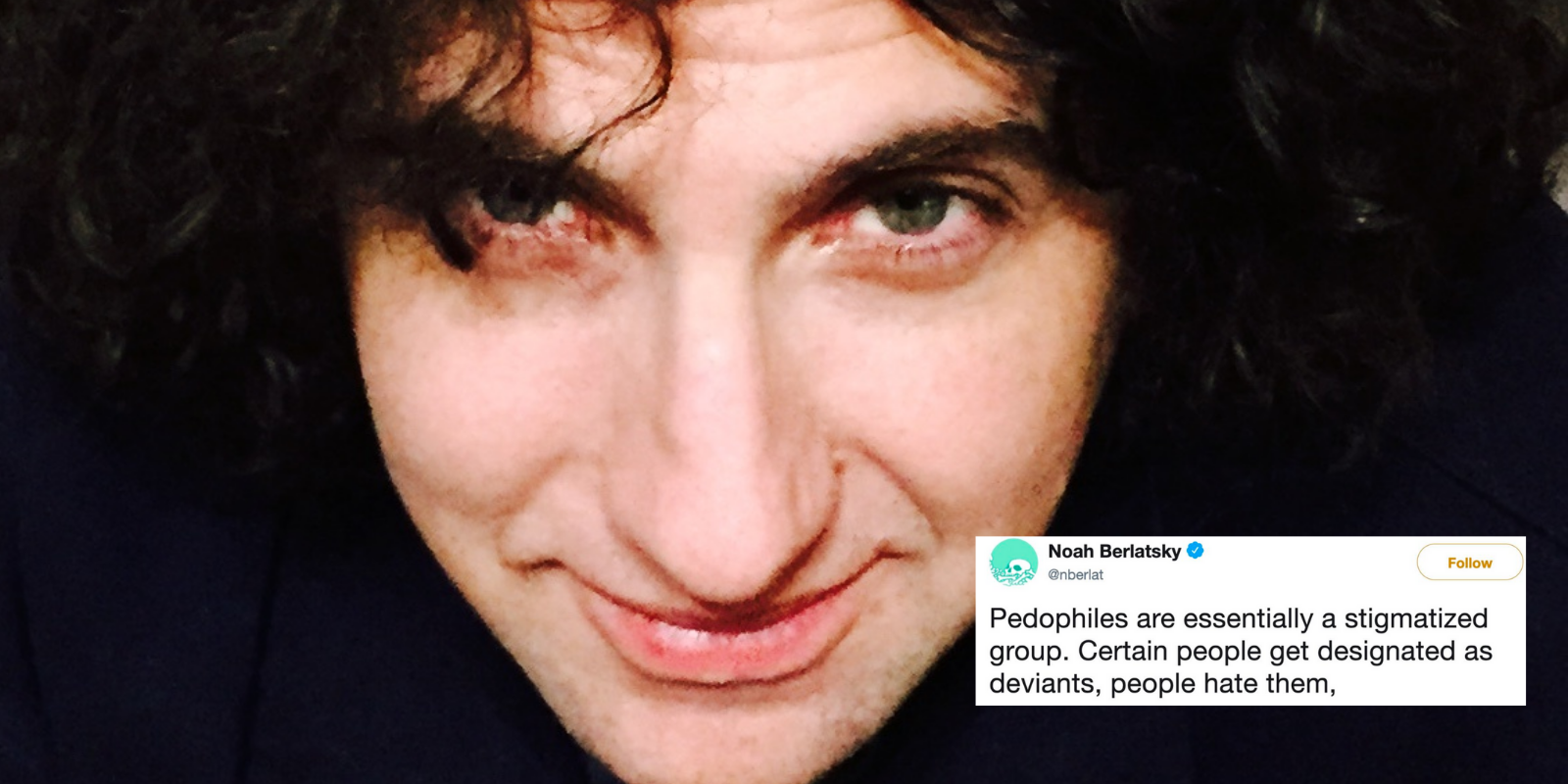 NBC contributor Noah Berlatsky is now the Communications Director for Prostasia, a not-for-profit group that is reportedly attempting to legitimize pedophilia under the guise of helping children. As part of his work with the group, he has written about legitimizing "trans children," conducted interviews about the positive impact of pornography on children, and how the best way to help children who are trafficked into the sex trade is to "decriminalize the sex industry."

Prostasia offers pedophiles a MAP Support Club, which "is a peer support chat for minor attracted people who are fundamentally against child sexual abuse and committed to never harm children, and is a safe space to have peer support in times of trouble." This group is for people who are aged 13 and up.

Prostasia bills itself as "a new kind of child protection organization" that has a different approach to protecting children than the current methods of social work and law enforcement, saying that these approaches "are less effective than they should be, because they are driven by emotion rather than evidence."

That is one that involves embracing those that are self-identified pedophiles. The idea is that with support, these "minor attracted persons" can be "committed to never offending." Timothy N. Fury, writing for Prostasia, says that for pedophiles,

"The most common struggle is not with child sexual abuse images," and that many of these people are looking "for recommendations on where to get professional help." While Fury writes that "Some minor-attracted people do struggle with viewing sexually harmful images, and they are provided with the support needed to stop."

And for Fury, this is personal; "...these people are not the majority of us," he writes. "No, the majority of us struggle with basic mental health issues—some diagnosed, some not—and just need a place to talk about things they feel they can never talk to friends and family members about. Many of these minor attracted people are children themselves." Fury's piece is just one in defense of pedophilia as a predilection.

Berlatsky previously wrote that "Pedophiles are essentially a stigmatized group."

Berlatsky promotes the work of UC Berkeley lecturer Alexandra Lutnick, writing "Most young people who trade sex don't see themselves as victims, Lutnick emphasizes. They often see themselves as resourceful individuals who are doing what they need to survive in difficult circumstances."

He has written that fascists "love accusing people of pedophilia" because "it's an explosive accusation linked historically to queer people and Jewish people and sex workers."

Berlatsky writes for Prostasia that there's an issue with the term "trafficking" itself, saying that it "conflates underage people trading sex, consensual sex work, immigration, and all kinds of labor exploitation in all industries." He claims that to use the word trafficking for child sex trafficking is a "deliberately obfuscating term which is basically designed to target sex workers rather than labor exploitation."

Berlatsky has said that "parents are tyrants. 'parent' is an oppressive class, like rich people or white people."

Writing for 4W, Anna Slatz explains that "Prostasia sees the threat pedophiles pose to children as a bogeyman dreamed up by the alt-right, while condemning anti-pedophile sentiment as harmful 'Nazi-like' rhetoric which requires mass censorship across social media."

She uncovered a tweet from Dr. James Cantor, part of the Prostasia team, who advocates for the idea that pedophilia is an innate condition, in which he said that pedophiles should be included in the LGBT identity alphabet. Cantor wrote: "Speaking as a gay man, I believe we SHOULD include the P. To do otherwise is to betray the principles that give us our rights." For Cantor, pedophilia is just another kind of queer.

As part of their goals, Prostasia works on "addressing the human rights impacts of child protection laws and policies," and "communicating the results of our research and engagement to policymakers, platforms, and the public."

Prostasia has concerns that the existing policies to protect children from sexual abuse does more harm than good. They say that they undertake to "reduce the separate harms caused to children and others by our society's predominantly reactive child protection agenda."

Their platform includes "Internet freedom," under which they balance the "removal of child sexual abuse imagery" with their goal of not allowing "censorship of lawful speech or redistributing liability for speech onto neutral Internet platforms."

As for "Sex worker rights," Prostasia states that they are "strongly opposed to minors engaging in any kind of sex work," but they have concerns that measure to combat child sex trafficking "target all sex workers in the name of protecting those who are underage, and that these "are disproportionate and infringe the rights of adult sex workers."

Berlatsky seems to see little difference between sex work and other kinds of work, saying that the "lots of jobs require people to barter their health and their bodies," and comparing sex workers to people who work in mines.

He calls children who have been trafficked into the sex trade "young people trading in sex," and believes that the key way to help them is to deal with the root causes that led them to their involvement, rather than dealing with the crime of sex trafficking itself.

Prostasia looks to the "kink community," as well, saying that those undertaking to protect children from sexual abuse "could learn from this community about practices that may reduce child sexual abuse."

They write that the "majority of sexual offences aren't the result of child sex trafficking, nor are they committed by known sex offenders. Yet these are the targets of most child protection laws and policies, which explains why they are so ineffective."

Berlatsky locked down his Twitter account in the face of an onslaught of criticism. However, he wrote that he believed he was being targeted by "literal Nazis" who have made him "the Jew to attack for the day."